Charm Games’ acclaimed puzzle game, FORM, finally makes its debut on the Oculus Rift. Packed with psychedelic visuals and an immersive atmosphere, FORM delivers one of the most memorable VR experiences — unfortunately, it ends all too soon.

As Dr. Devin Eli, you’re tasked with studying an alien artifact dubbed as “The Obelisk”. As you begin to carry out experiments within a barren research facility, The Obelisk suddenly transports you into a strange dimension. You’re then presented with a series of abstract puzzles, and solving each one brings you closer to unlocking The Obelisk along with the secrets of Eli’s past.

The alien dimension is by far FORM’s biggest highlight. There, darkness prevails and the known laws of the universe seem forgotten. The architecture takes on impossible shapes and Eli’s thoughts appear as interactive word bubbles. Darkness and light also play a huge role. Critical objects emanate streaks of colors, creating an eye-catching contrast against the void. It’s all a bit familiar yet unmistakably foreign — a surreal dreamscape full of the incomprehensible. When experienced in VR, you truly feel like a pioneer stepping into an alien world.

“By the end, FORM practically becomes a full-on laser show — and that’s not a bad thing.”

The puzzles here are more relaxing than challenging, likely a conscious decision to ensure players can progress without souring the overall experience with frustration. In fact, the bulk of these puzzles — which involve moving around shapes, pushing buttons, and memorizing patterns — can generally be solved through simple trial and error. The real prize comes in the aftermath; successfully completing a puzzle treats you to glorious explosions of lights and sound. Complementing the gameplay is FORM’s esoteric soundtrack. It’s subtle and almost impossible to notice at first, but you’ll soon realize the music shifts as you play.  The visuals and audio intertwine to further emphasize the strangeness of the alien dimension. At one point, you’re even given a bow to conduct the unseen orchestra. By the end, FORM practically becomes a full-on laser show — and that’s not a bad thing. 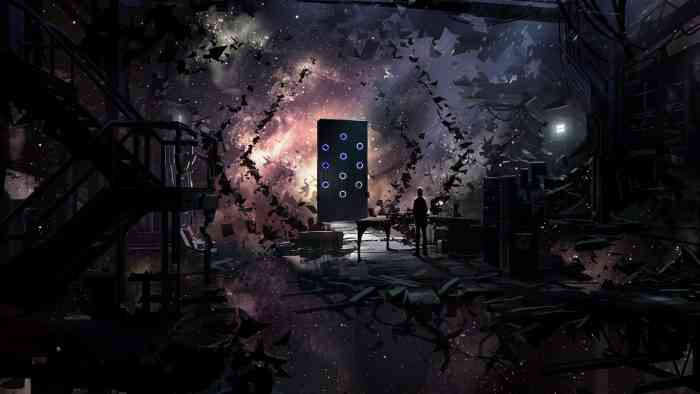 Many VR titles are rather short in length, but this is especially noticeable in FORM. Imagine my disappointment when I thought I had reached the climax, only to be hit with the credits. Though I took the time to savor the sights and enjoy the puzzles, I finished FORM in just over an hour from start to finish. Eli’s backstory is hinted at throughout but is never given a chance to fully develop. Similarly, The Obelisk is also unexplained, with its origins and meaning left to the player’s imagination. Aside from the main story, there’s an optional Cortex Mode, which features no story elements, but allows you to listen to the soundtrack and play around in four different environments.

“It’s all a bit familiar yet unmistakably foreign — a surreal dreamscape full of the incomprehensible.”

FORM prevents any player discomfort by completely eschewing locomotion. All the puzzles are played in a front-facing manner, meaning you won’t even have to step around or bend down. However, there are a few occasions when you need to reach behind for an object, and since there’s no way to turn the camera, this might prove a little troublesome for Oculus users running on two sensors.

Clocking in at such a short length, FORM feels more like a great tech demo than a full title. It’s a shame the story left me with so many questions because there is definitely far more here worth exploring. Nonetheless, FORM’s strong atmosphere and expert combination of gameplay and sound simply demand to be experienced by anyone with a VR headset. Besides, as the old saying goes, it’s better to leave your audience wanting more. With a powerful debut, I look forward to whatever Charm Games comes up with next. 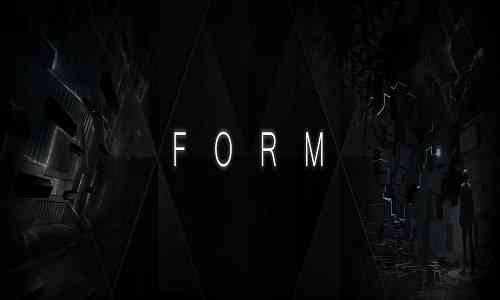 Next Redout: Lightspeed Edition Review – Fastlane to the Future
Previous Last Day of June Review – Caught Between Dream and Nightmare