There are plenty of games that are exciting. Quite a few that are scary too. Even a few that are thought-provoking. But how many games can claim to be joyful? I don’t just mean fun to play, I mean a game that fills you with warmth, lightens your heart, and truly makes you feel like you’re flying? I don’t know if The King’s Bird is a perfect example, but it comes pretty close.

At its core, The King’s Bird is a platformer. You’ve got to get from one side of the map to the other. There are obstacles, usually in the form of pitfalls and brambles. Common platformer stuff. Nevertheless, the game actually manages to challenge at times. It’s a game with an intensely realized sense of style. What makes it special though is the way it brings different stylistic choices together to truly capture the themes and feelings.

The game begins with a dream. More like a nightmare. The protagonist dreams of being able to fly without limits through the night sky. You get the feeling she has this dream every night. It always ends the same way — she ends up back in her cage. 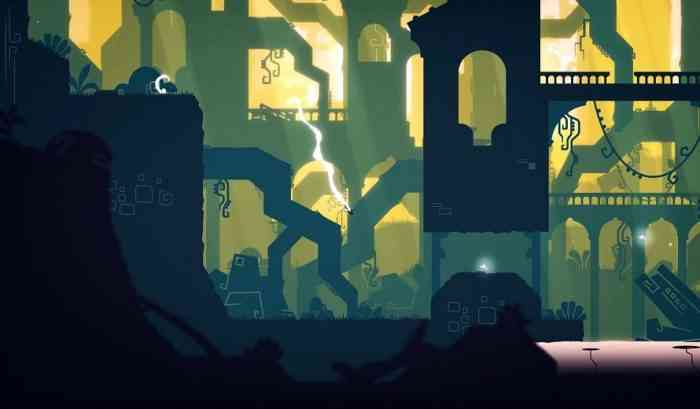 Then you start the tutorial proper and you can’t fly at all. Still, the controls feel unique from the get-go. Your character is a bit lighter than your typical platform hero, and she can stick to walls and ceilings in a unique way. She’s not Spider-Man, but she can slide along surfaces for short bursts. Couple this with a pretty nifty wall-jump, and you can pull off some neat maneuvers. It’s a lot of fun, even if it seems needlessly restrictive. Then you learn to fly.

I should mention here that the story of the game, as with the modern classic Journey, is told through impressionistic musical cues. The main protagonist can only speak through flute music, and her antagonist sounds like an angry cello. But the story is well presented. He doesn’t want her to fly. She wants to fly. And thus she becomes a renegade.

The flying mechanics add a whole new dimension of challenge. You can’t hover and you can’t fly infinitely. You glide, and you can build momentum through dives, soaring to new heights. Put all of it together and you’ve got a video game protagonist unlike any other. You fly across a chasm, nearly plummeting to your doom but gaining just enough height to kick off a wall onto a ceiling, which you then slide across to clear a spike trap and glide through a narrow hallway. One part Sonic the Hedgehog, one part Kirby, one part Mario’s wing cap, and six parts Empress Lilandra of the Shi’ar Empire, I’ve never controlled a character quite like this. And I haven’t even told you about the music.

The background music is pretty good platformer fare. It’s upbeat and manages to repeat without getting repetitive. But remember how I told you that the protagonist speaks through flute music? When she flies, she sings along with the music. This isn’t a pre-rendered flute track laid on top of the rest of the music. It’s improvised. It really sounds like it comes from her heart, her unbridled, irrepressible, ebullient, rhapsodical, unstoppable joy at being able to careen through the air. 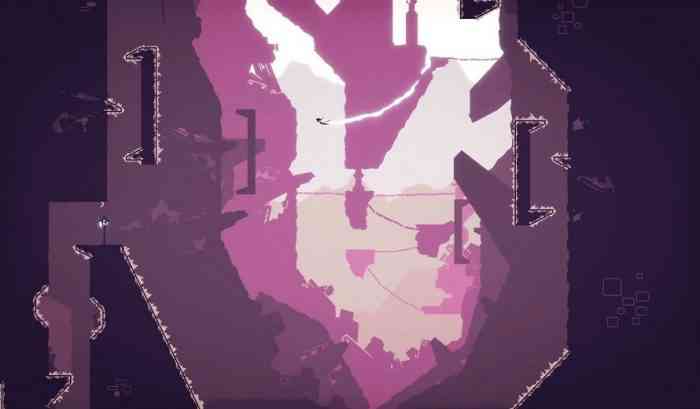 The thing is, flying is hard. Getting serious air is a challenge, and when you hit the ground, the singing stops. But I didn’t want it too. I wanted to hear the beautiful improvised music. And so I wanted to fly. And therein lies the brilliance of The King’s Bird. Through its minimalist silhouettes, you get a cliched tale of oppression and freedom. The simple haunting music sets a tone. Platformers are one of the oldest genres of video games, and while this one controls differently, it is still a classical platformer at heart. But you want to hear the protagonist sing. You want to fly. She wants to fly. And in video games, there’s nothing more powerful than the moment that the player and the character’s desires become one. 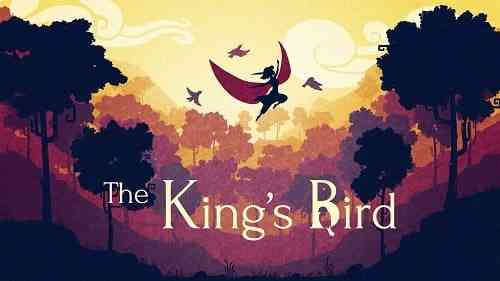