Kinect Sports Rivals (Xbox One) Review – Is this the Next Generation Kinect Game Everyone is Looking For?

This week marks the release of the first major dedicated motion control game for Xbox One, Kinect Sports Rivals. The centre of much debate when it comes to the Xbox One, motion control hasn’t exactly been prominent in the five months since launch (sorry I don’t count cross-generation dance games and I’m just going to ignore Zoo Tycoon), nor is it all that high on my list of things I look for in a game. I was surprised at how quickly this game grew on me.

I sort of formed an incorrect preconception about this game before I played it. I expected a tech demo / validation for the new Kinect and my first impressions kind of fell along those lines. I found the various control inputs to be a bit basic, but I soon realized there’s a lot more meat to how Kinect Sports Rivals (KSR) is played. The various control inputs are simple for a reason: to create wide accessibility for players whether casual, young or old. And after playing each event a few times you begin to appreciate how accurate the controls are. I experienced few, if any, missed inputs. I probably experienced more software crashes than missed inputs now that I think about it. I suspect things like that will be cleaned up as KSR is launched.

There are six sporting events in total, three of which are new to the series. One of the new events, Wake Racing, has been available since the KSR Preseason demo was released alongside the Xbox One’s launch and it is sort of a combination of Wave Race with the addition of Mario Kart-like power ups (each sporting event has its own set of powers up). Once you get the hang of not trying to steer like a bike instead of a steering wheel, navigating through tight sections of the courses is quite precise. The wave physics are as much fun as I’ve had since playing the original Wave Race on the N64, especially since I didn’t really play Preseason all that much. Playing this leaves me wondering how much I would play the hell out of a fully fledged wake racing game (with the option to use the controller please). 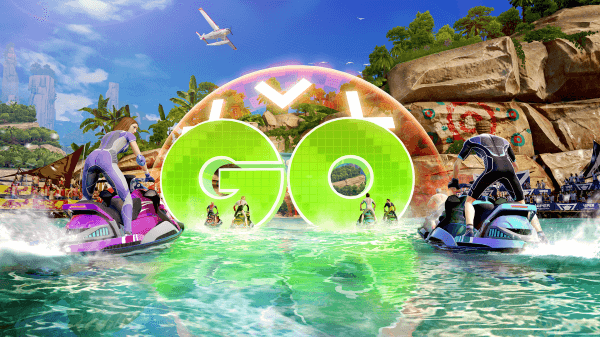 Another new sport, Target Shooting, is all about accuracy. There’s actually very little in terms of motion controls. You literally point your finger like a gun and move the aiming reticule over various targets. What this event lacks in terms of input is made up for in different challenges such as hitting specific sequences of targets, prioritizing ones of high value, or even stealing target shots from your opponent (versus style play has you vying for a top score against an AI opponent on the other side of a virtual screen). The fine movements required to excel at this event really showcase how well the Kinect handles tracking of a players, especially the fine movements that this part of the game requires.

Of the new sports, Climbing is perhaps the sport I enjoyed the least. I stand over 6’2” with a decent sized wingspan. I had some difficulty with my hands reaching up and out of the Kinect’s range while playing. This can be fixed by moving away from the TV provided you have the room and really shouldn’t be an issue for kids and teens.

Rounding out the events are ones seen in prior Kinect Sports games but reengineered to take advantage of Xbox One’s graphical power and the abilities of the new Kinect. Soccer puts you in control of an entire squad. You control passing, striking and saving the ball. Each team takes turns on offence and defence. Navigating up the field through the defending team is simple enough for first timers to enjoy. The real art to this event comes with finessing ball movement and volleys. When you get it all right it is probably one of more spectacular in-game moments. Bowling and tennis seem to be the de facto sports for any motion game and have been done almost too many times now. I have to admit though, despite the fact it’s been done time and time again bowling is still a lot of fun in KSR. As funny as this may sound, the sense of impact of the ball against the pins and attention to detail of the surround sound effects made any memories of Wii Bowling feel sterile in comparison.

Events are never too taxing in terms of overall activity level. Power ups are triggered by voice command or a simple step motion similar to what you see quarterbacks use. At first I found myself caught up in the mechanics of each sport to the point I would forget to use them. Learning and utilizing them properly is the key to success. The different event types have their own unique XP ranks that unlock new equipment and more effective power ups.  Alongside this, champions earn coins and fans in competition. Coins can be spent on clothes and equipment in the game’s store while earning fans is the ultimate in bragging rights with no apparent cap. 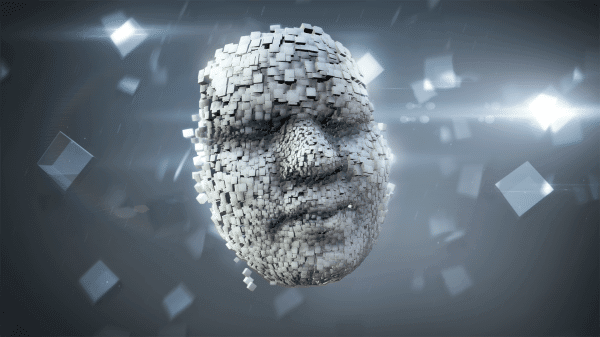 KSR features perhaps the coolest “create a champion” feature I’ve seen in a game yet. Using the Kinect, the interactive process captures several attributes including body type, hair colour and style, and even skin tone and facial hair to create a digital, stylized likeness of each player in the game. It works quite well and I’m betting this will be a fun part of the experience for all ages. The real trick here is how your champion is stylized to match the art style of the game. The likeness is still noticeable and the artistic licence they take is fun.

Whether you want to play solo, at home with others, or head online, there are a ton of options and things to do. You can jump into any single event quickly or follow the game’s storyline events that feature three teams vying for domination over the island’s events. Playing with friends is a snap both online and off. All of KSR’s online features are accessed through a separate app called the KSR Hub. Going between the game and the hub is pretty seamless with minimal load times. The hub connects to your favourite virtual social networking sites and will be updated with new challenges monthly.

Much akin to the drivatars in Forza 5, your champions persist online even when you’re not playing. This allows you to take on your friends’ and other champions in events even if they aren’t online, just like how you can race other drivatars in Forza 5. You don’t just play copies of the champions either. KSR measures how you play each event and applies those metrics to how your champion behaves online without you. Rivals Leagues challenges you to master the various challenges offered through the KSR Hub and progress up through a set of six leagues each with its own divisions. If you are up for the ultimate challenge there’s even a fully fledged World Championship which will culminate in a real-world face off at the San Diego Comic-Con. Whoever wins gets $10K and a holiday trip for two. 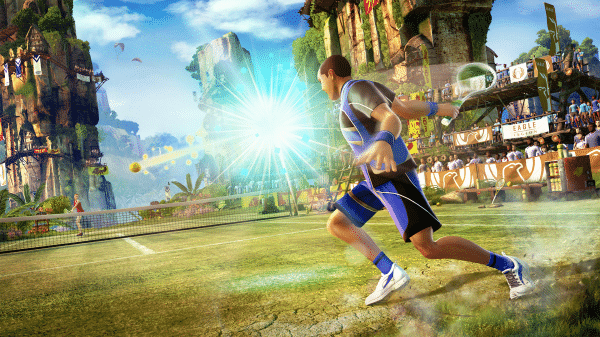 Presentation wise KSR shines.  Its 1080p visuals shine with a bright colour palette and tons of detail and activity on screen. Arena venues are packed with animated fans and there’s a ton of detail. Pay attention when someone else is playing and the particulars, which you may miss while playing, will impress. My favourite is easily the turquoise waters during Wake Racing which display realistic depth and activity with plenty of ocean life under the surface. As for the sound, an impressive roster of musical talent provides a thumping, bass driven soundtrack that fits perfectly with the games presentation. It’s never intrusive and sort of serves to pump you up a bit and get you out of your seat in preparation to play. Vocal instruction in all of the tutorials throughout the game is a nice touch for younger champions whose reading comprehension may not be great.

Admittedly, I had developed my own preconceptions that Kincet Sports Rivals was going to be a game that attempts to justify the forced bundling of the Kinect. I was wrong. The motion control is impressively accurate and the various inputs involved are simple enough to provide wide accessibility for all players. While the majority of motion control games seem be best suited for party play, KSR takes the genre beyond party play with its Hub, online features and equally compelling single player experience. Wrap it all up in a sharp, colourful package that is priced right (not $69) and you have a winner. 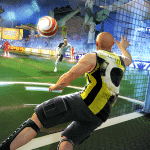 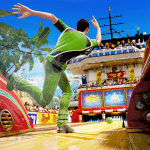 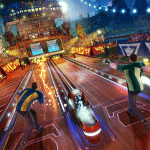 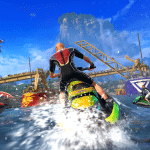 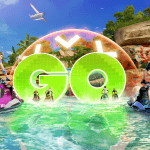 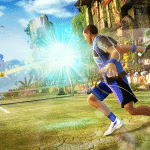 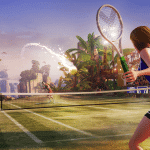 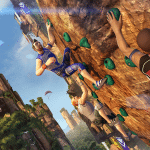 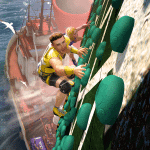 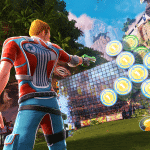 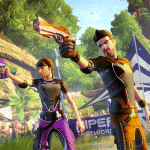 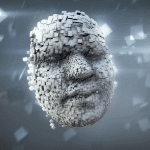 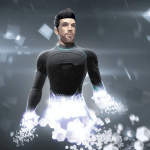