From experimental video game designer Mario von Rickenmach and filmmaker Michael Frei comes their second collaborate, KIDS, an interactive animation about crowds, jumping into holes, and swimming through intestines. Presented in a minimalist art style, with monochrome colours and indistinguishable characters, KIDS has you filling in the blanks in search of meaning.

KIDS acts more like an interactive art exhibit than a game. Through pointing and clicking, you guide characters through a series of loosely connected vignettes. This ranges from pushing people into a black void, plucking them down from the ceiling, to having two kids argue over directions. Every scene is unapologetically weird yet charmingly rendered, and the entire experience feels like a WarioWare minigame filtered through artistic lenses.

KIDS can be interpreted as a commentary on human interactions or simply as a dark comedy. The example that best encapsulates this takes place in the opening, just before the title credits. Two kids jovially introduce themselves, then without warning, one suddenly punches the other to the ground. Other one hand, this random act of physical violence is obviously cruel, but there’s also humour in the absence of buildup and explanation — it simply happens. The sound effect further highlight the comedy, with the way the body hits the ground with a solid splat. In another case, you take the role of a black sheep sprinting through a crowd of hundreds; some run away, while some chase you away. Humour is also present here as the footsteps of the crowd sound like galloping racehorses.

As to what it all truly means, I really have no idea. Art is not my forte. But even so, I still found pleasure in the animation – exhibited by 3D characters who move around on a 2D plane – and the absurd scenarios. Watching people run along a blank background may be mundane, but it also has an indisputably calming, meditative effect. With a length of only 30 minutes, KIDS doesn’t outstay its welcome. 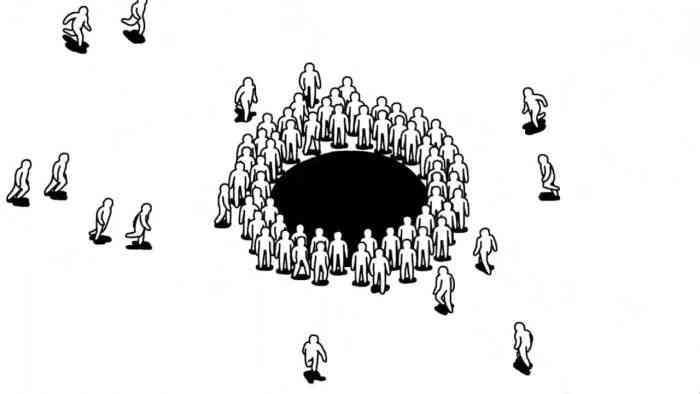 My only gripe is the overall lack of player choice. Each vignette has an unstated objective, and it’s by figuring out what that task is and accomplishing it that you move on to the next vignette. One section gives you control of a group and you must then point everyone’s fingers to single out one person. There’s no other way to proceed. If you don’t choose someone, then the vignette never ends. But if KIDS is ultimately about group mentality and the ways humans fail at interacting with one another, why can’t I take what I’ve learned and apply it on a subsequent playthrough?

It’s almost unfair to assign a score to KIDS, because the experience is just so subjective. What you take away from it depends entirely on what expectations you have. Those looking for traditional gameplay elements or a cohesive story with a beginning, middle, and end will be sorely disappointed. But if you’re up to experience something wacky and stylistically unique, KIDS is well worth your time, even if you walk away confused about the meaning behind it all. After all, the point of art is to get people talking, and since I’m here talking about it, that must mean KIDS has done its job. 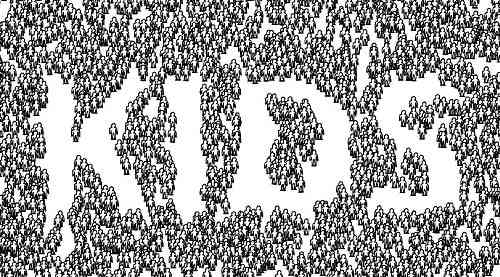