Kholat is a game based on a true story known as the Dyatlov Pass Incident.  In February 1959, nine hikers found themselves lost in the Kholat Syakhl mountains and they all were mysteriously found dead.  No one knows what happened; officials attributed the deaths to an “unknown and compelling force”.  Enter you, the nameless hero, to uncover the mysteries of the mountains and, hopefully, live to tell the tale.

Played from the first person perspective, Kholat is a game about exploration and survival (think Slender Man).  Your objective is to find diary logs and journals scattered throughout the snowy wasteland, uncovering the final days of the aforementioned hikers.  Kholat really pushes the idea of a survival simulator by giving you no direction, being able to go any which way you please.  There are no conventional waypoints or path finders; rather, the game gives you a map, compass, and latitude/longitude coordinates on where to go.  The only survival tool you are given is a flashlight… talk about going in to the woods unprepared.  The explorer could have at least brought a pen to make notes on the map, it would have made navigating so much easier.

Making your way through the game you’ll encounter invisible enemies who walk around certain parts of the woods, only being able to detect them through their screams or fiery footprints.  In any case, by the time you’ve spotted the creature you’re most likely already dead anyways.  The only actions you can do in this game are walk, sprint for a short distance, crouch, and interact with the notes scattered around the area.  Nothing else can be interacted with, which is a shame.  There are several skis and ski poles that would look like they would be useful to use; the limited sprinting makes navigation a chore.  It would have been nice to also be able to jump, as unpassable cliffs and ridges look low enough to scale.  The map is also very large and there is no real reward for cutting cross country, as there is nothing hidden to discover or any shortcuts off the beaten path.  In that way, despite this fairly vast open world, the game is in fact quite linear.  It would have been a better experience with more ability for traversal a la Far Cry or Skyrim.

“… howling winds and snow in the face gets obnoxious after a while… why couldn’t these hikers get lost in the Bahamas?”

If you love snow, this game is the one for you.  You will be trudging through heaps and heaps of snow.  Howling winds whip trees about and you really feel like you are trapped in a snow storm. One thing this game really nailed is the atmosphere, you do feel like you are lost in a snow storm.  I even felt chills playing the game, the atmosphere was so nailed on the head.  However, the howling winds and snow in the face gets obnoxious after a while… why couldn’t these hikers get lost in the Bahamas?

Sean Bean narrates and does a splendid performance in voice acting, along with the other narrated journals.  The story itself however doesn’t explain who you are and why you are there.  The good narration is not enough to keep you interested in what is going on.  Even if you see the game through to the end, it won’t be a satisfying one, leaving you with more questions than answers.  You would have to be really big survival genre fan to enjoy this.

Kholat sports creepy atmosphere and impressive visuals, however, it’s really not enough to keep you hooked.  Part way through you will feel just like abandoning the mission and warming up by the fire with some cocoa and a good book.  For better or worse, this game REALLY brings out the fun of actually being lost in the mountains.  I’ll leave that to your interpretation.

*** Review code provided by the publisher *** 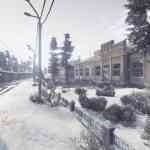 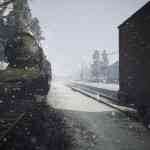 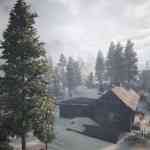 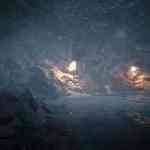 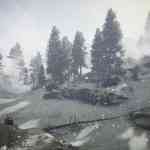 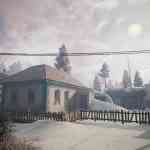 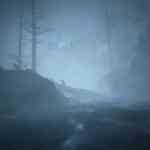 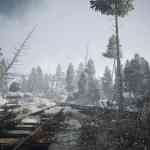 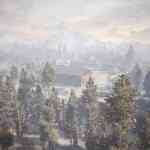 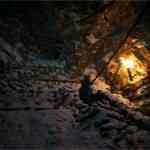 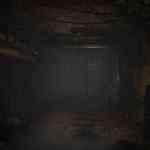 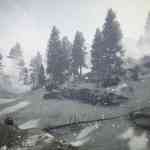