Hey, have you ever dreamed of owning your own farm, planting your own crops, and harvesting them in the hot sun for modest amounts of money? (No? Uh, look, just help me out here and nod your head, alright? Good, thanks.). Well, now’s your chance! Farming Simulator 2015 once again takes us back home to those country roads, to get back to the Earth, and do some farmin’!

In all seriousness, I can’t help but feel like games like this seem to exist almost to answer the GTA’s and zombie-killfests out there, as much as they are intended for actual enjoyment in their own right. “Tired of shooting things?” they seem to say, “then come on down to the farm and relax a while!”

“This game is clearly not meant to be played by adrenaline-junkies. This is a slooooowww experience – and to be fair, slow is what some people want sometimes.”

And there is no doubt that Farming Simulator 2015, from Giants Software, has the relaxation part down pat. This is a game that moves slowly, and takes a lot of time, and a lot of patience. I mean, come on, you are LITERALLY watching grass grow. Well, you’re watching wheat grow, or soybeans or whatever, but you get my point. This game is clearly not meant to be played by adrenaline-junkies. This is a slooooowww experience – and to be fair, slow is what some people want sometimes.

Unfortunately, that includes even the beginning load screen, which took so long that I actually started to wonder if the game was frozen. I waited extra long, to be sure, and after a good 10 minutes or so, the game finally started. Hmm, ok. I wonder how many players would have given up before I did.

Now, what about the gameplay? Well, in single-player mode, you can choose the “American” farm or the “European” one – I chose the European because it offered a Tutorial, and I am a newcomer so I figured I needed that. The Tutorial does show you the basics – how to choose and operate your tractors, your harvesters, your cultivators, and your sowing machines (I must say, I learned a lot of farming terminology playing the game), and it shows you the process by which you make money in the game. It is pretty brief, and you find yourself pretty much on your own within a short time. 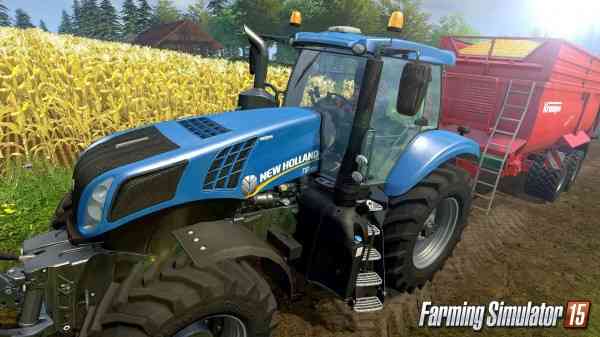 Controls and gameplay in Farming Simulator 2015 are straightforward – it is easy to drive your vehicles, harvest produce, and sell it. What you find, however, is that what novelty there is in planting and cultivating wears off pretty quickly. The game seems to anticipate this by allowing you to “hire a helper” to do the work for you – in other words, an Auto function. I wasn’t sure what to make of this; I mean, if you automate the gameplay, doesn’t that kind of defeat the purpose of playing the game? In Farming Simulator, driving tractors IS the game, so automating that is kind of like automating your players in Madden 2015. What is the point then?

Well, not to worry, because the game solves this Existential crisis by making the AI on your Hired Helper so dumb, you will quickly fire his ass and take the job back yourself. For example, I hired a helper to harvest my crops early on, and went off to check out another field. I came back after a long time, and saw to my horror that he had been driving back-and-forth in a 5-foot space the entire time! So much for hired hands.

“Playing Farming Simulator 2015 actually made me miss Zombies. I walked around my farm, hoping in vain that an undead spawn of Satan would jump out at me and feast hungrily on my gooey innards – but, to my disappointment, my driveway was depressingly demon-free.”

As for technical quality, Farming Simulator 2015 is certainly not broken, but it has some technical issues that come up every so often. Collision detection on vehicles is … fuzzy. Sometimes, I went over a furrow to harvest it, and there was still part of the crop left standing, forcing me to double-back. Other times, the grain unloading arm of my harvester was not quite over the trailer, but it all still went into the trailer neatly. The technical quality in Farming Simulator is never a game-breaker, but it does feel unpolished and not-quite-finished at times.

I’ll cut to the chase and say that, overall, I just did not find this game fun, for a number of reasons. As I have already mentioned, the premise of the game – planting, harvesting and so on – might seem to some players a refreshing, Zen experience, and even an antidote to the frantic stress of most games. But, I just found it to be boring and monotonous. I was doing the same thing over and over again, and there was a lot of waiting in between.

Playing Farming Simulator 2015 actually made me miss Zombies. I walked around my farm, hoping in vain that an undead spawn of Satan would jump out at me and feast hungrily on my gooey innards – but, to my disappointment, my driveway was depressingly demon-free. And no matter how many times I checked the list of equipment, I never found any Assault Rifles or laser sights. Sigh – back to threshing wheat. 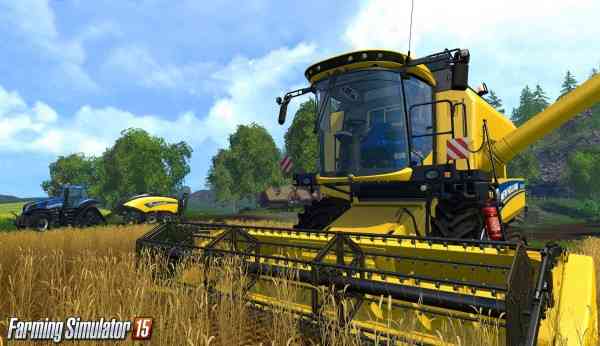 If Farming Simulator 2015 is an accurate simulation of a farmer’s life, then that life is a very solitary one. I apparently was single, with no family or friends whatsoever. Even when you visit stores to buy and sell supplies, you only interact with a Menu. I’m sorry, but it felt really lonely after a while. Yes, you can invite up to 4 Friends to play with you in Co-op, but I just don’t think that would help much.

You might laugh, but playing this game made me appreciate Harvest Moon, the cutesy little farming-sim on hendhelds. I never realized, until I played Farming Simulator 2015, how well Harvest Moon balanced the farming basics with the fun extras that kept things enjoyable. Getting married, interacting with townsfolk and all that cheesy stuff looks way less cheesy to me now – because that is part of “real life” too. I think one of the biggest crimes Farming Simulator 2015 commits is that it is not, really, an accurate farming sim. It is really just a planting and harvesting sim. That is part of what makes it tedious, and maybe even a bit insulting to real farmers.

The mediocre graphics in Farming Simulator 2015 don’t help either. Again, the visuals are not laughable, and I have no hilarious story to tell you about a tree floating 10 feet off the ground (unfortunately). No, the graphics in this game are not horrible – they are just boring. Simple buildings with dull colors are what you will see – all of them in nice resolution, maybe, but not pleasant to look at, especially after a while of playing. I longed for something besides the dull greens and browns that, I am sure, are very faithful to a real farmer’s life, but come on, this is a videogame! 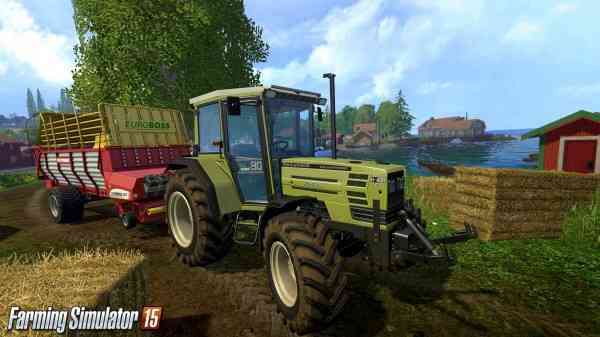 I hate to be too hard on this game, because I feel that it is just not for me, but it may very well be fun for some people. Clearly, the surprisingly-large sales of this series have proven that there is a hard-core group of enthusiasts out there who … ahem … “dig” the Farming Simulator games. If you are one of those faithful fans, then I can reassure you that this iteration will be just as good as the ones you have played in the past. It has everything the previous games had, but with improved graphics and more choices of vehicles and equipment.

For the rest of us, however, Farming Simulator 2015 just does not offer enough to make it worth playing instead of all the great games we have available today. If you want to relax while playing videogames, there are way better games to do that – Flower and Journey come to mind as good examples. But honestly, playing this game made me actually appreciate the hyperviolent shooters a lot more than I did before. Because I now know that there is something worse than getting your head blown off over and over – and that is being bored.

**Reviewed on PS4 With Code Provided by the Publisher** 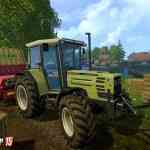 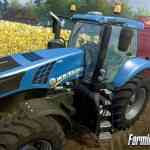 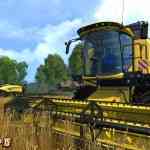 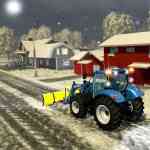 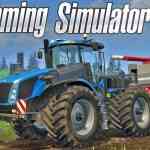 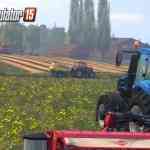