Kathy Rain: Director’s Cut Review – A Ride Back to the 90’s

It’s easy to relate to Kathy Rain. She’s cynical, rides a motorcycle, and is a creature of the 90’s. Full disclosure, I may also be partial to her given my girlfriend of the same name is a creature of the 90s, had a leather jacket, and dyed her hair the same way, (not to mention they both wore bandanas around their necks). But I digress.

Kathy Rain: Director’s Cut is a throwback point and click adventure of the early PC days. Some might say it harkens to the Gabriel Knight games while others might think it’s a mashup (with maybe some stealing) from shows like Twin Peaks. Either case it’s clear from the pixel art and general atmosphere that this is a game that wants you to feel like you’re back in 1995. It mostly succeeds, and 5 years later the Director’s Cut is here to help. 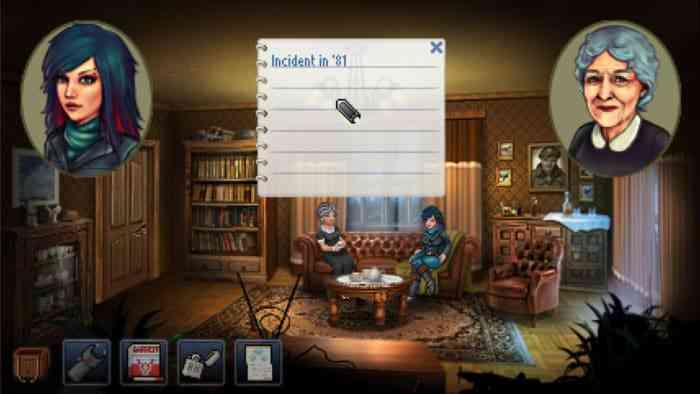 Twin Peaks on a Bike

For those new to the game, the plot is the star of the show here. While not spoiling, the game sees Kathy on an investigation in her childhood town. You’ll be looking into her grandfather’s long coma and death and the circumstances that follow it. You’ll talk to people, take notes, solve puzzles and unlock new dialog options as you go, allowing you to put the weave together of who said what, did what, and just what the hell is really going on. The story will see Kathy confronting her demons and even dabbles toward the supernatural, without losing sight of her as a character with baggage, and offers plenty of great supporting characters along the way.

The idea in game releases that there’s a director’s cut (looking at you, too, Ghost of Tsushima), where a game director created fully baked and programmed content that was originally in the game but then excised it is preposterous. It just needs to be said. Movies are cut to fit desired theater run times, and a director’s cut was the intended film before editors did what they needed to ensure maximum viability at the box office. It doesn’t work that way with games.

As is often the case, the “cut” content here includes visual improvements like widescreen support, more voiced dialog, changes to puzzles, and some expanded story sequences. All things considered, this is the definitive edition of the game you should play. Fans of the original may or may not grok with some of the later game changes, but I enjoyed it. These additions will of course only be noticeable if you played a lot of the original version, so newcomers will jump right into an integrated and more fleshed out experience. 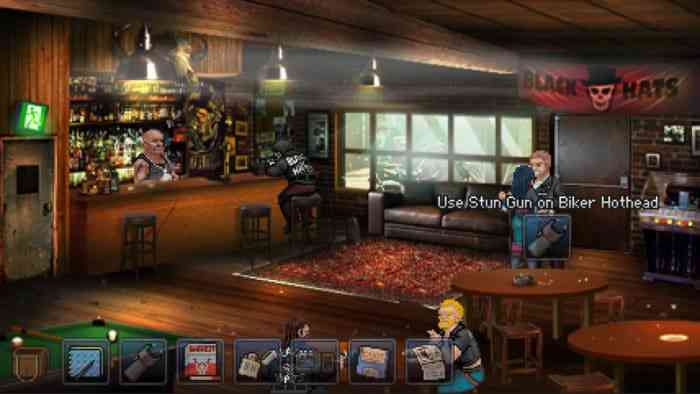 In terms of gameplay, it’s unchanged. You travel between areas on your kickass motorcycle, interact with as many objects as you can, add some stuff to your inventory, and then discover something blocking your progress that needs solving. Whether it’s a couple of cops being uncooperative, or a combination to a lock that you have to find, it’s always a pleasing level of challenge. For some puzzles you’ll really need to ponder out the right sequence or combination of object interactions in order to proceed. 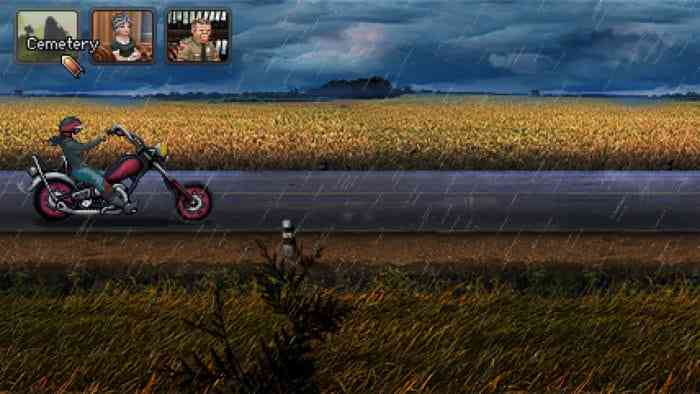 As mentioned, new discoveries are added to Kathy’s notepad, making you feel like a journalist as whatever new information can be used as a line of questioning on other characters, or even characters in the town you’ve already spoken with. It’s a nice touch to both help you keep track of what’s happening and as an immersive device to let you roleplay as a leather jacket journalist.

Kathy Rain: DIrector’s Cut is definitely the edition of the game anyone new to the title should play. It polishes up the original, keeps the original characterization, expands some of the plot, and adds some quality of life improvements that go a long way for this short adventure. If you’ve been craving an adventure game that stokes some old nostalgia of the 90’s and VHS tapes, then look no further.

A bit short
Some clunky dialog