Before I asked friends to jump on a game of Joggernauts with me, I always described it to them in exactly the same way: “It’s like a tongue-twister for your mind.” Like rubbing your belly and patting your head, the physical and mental coordination required for this simple, yet challenging, platformer is a doozy (to say the least).

Ridiculously cute and difficult as all hell, Joggernauts poses an auto-running, platformer challenge that supports 1-4 players, but is best (and most absurdly) played with others in couch co-op madness. You play as adorable alien astronauts who must earn trophies in a series of levels in order to progress through three unique worlds, and together you charge forward through quirky and charming environments in a single-file line.

Not only are there platforms and obstacles to interact with, but there are also colorful orbs and keys that must be collected by each corresponding player as well. If you grab a few orbs here and there, you can exchange them for an inexpensive checkpoint halfway through the level. The keys are a more challenging prospect: all of them must be collected by the correct character perfectly in order to unlock one of the levels’ two trophies. Collecting trophies is deceptively important, as you must acquire a certain amount in each world before you can open up a new set of levels.

I found that while just getting through each level was a challenge in itself, replaying levels to rack up all the trophies was a new kind of beast. If you have a party of three or four inexperienced friends, you better believe it can take upwards of one hour just to survive one of the higher levels, let alone executing it perfectly enough to grab the trophies. The trophy system provides an incentive where, no matter how crazy the game drives you at times, you won’t want to put it down and surrender until you’ve conquered it.

The mechanics of Joggernauts are clean and simple, but there is no option to remap the controls, meaning those who have the tendency to fat-finger the directional keys on the Switch are likely to cause a few problems now and again. The up and down buttons cause the character to jump, and the right and left keys will swap you to the front. The running speed of the players, checkpoints and available health hearts can all be modified before starting the game. 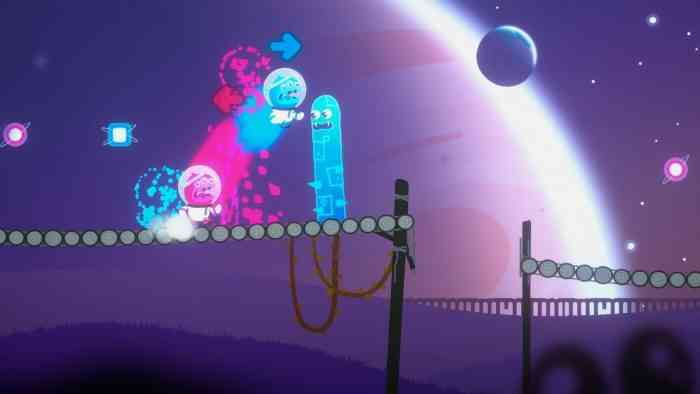 Joggernauts uses a heart system to denote the health of your party, and one tiny mistake means deducting a heart from the whole gang. These mistakes range from failing to switch correctly and running into the wrong colors, hitting your head on a solid obstacle, or missing a jump and falling into a gap. Both the cooperative and individual coordination needed will consistently make you feel inept — sometimes performing the simplest tasks such as jumping or running up stairs can take a hefty amount of attempts.

The main issue I have with Joggernauts is actually unrelated to its difficulty. While the game is hard to the point of near impossibility, it should not be punished for posing a real, cooperative challenge that takes a lot of practice and focus to execute. What it is lacking, however, is significant growth and variation as the game progresses. The obstacles vary from upright pillars to platforms or trampolines depending on the level and world, but there are no unlockable abilities or much in the way of power-ups. Even the storyline remains heavily unmentioned and almost completely invisible all the way through. The only thing to work towards are a few characters that can be unlocked along the way, but the puzzles will never become more than a trial of coordination and you will never uncover more methods or mechanics to achieve this.

Friends Who Jog Together, Stay Together

The all-around look and feel of the Joggernauts is very endearing and easy to fall in love with. You take your whimsical aliens through jungles, night skies and even through the mouth of a whale, and the lulling music changes to match each new map. It oozes with charm, but it’s unfortunate that the puzzles are so uniform and the story so minimal.

Overall, this game is hilariously entertaining. Friends who joined me could not stop raving about how much they loved its cuteness and appeal, and this game had us in absolute hysterics. One moment we were shouting at the person who timed their switch to the front poorly and left the rest of us for dead, and the next we were cracking up and apologizing for making that same mistake. The fact that the game required extreme amounts of concentration and coordination left us all in agreement about this: you simply cannot play this game while drinking.

Accessibility note: There are no audio cues built into Joggernauts and all dialogue and instructions are written in text form. There is no colorblind mode. 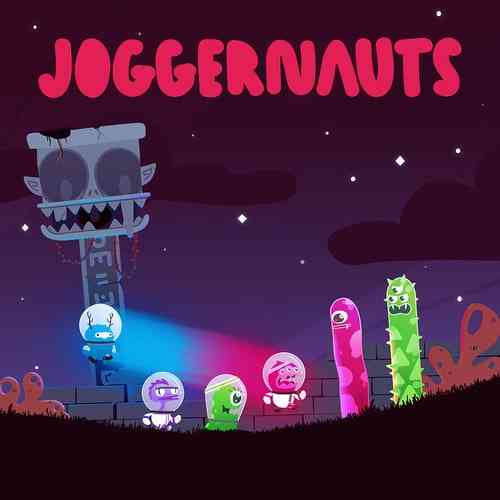