Some gaming auxiliaries try to do too much and end up all over the place. The JBL Quantum 350 Wireless gaming headset sets out to do one very specific thing and does it incredibly well. This device is designed to deliver incredibly detailed surround sound audio directly to your ears. And it succeeds at that goal with flying colors. It also has a number of other secondary goals it tries to meet, such as being lightweight and durable. However, none of them get the same level of focus as the audio quality, and that’s a good thing. If you have room in your life for a lightweight headset with great surround sound audio, this headset is for you.

The headset comes in four pieces: the headphones, the USB dongle, a detachable boom mic, and a charger. The headphones aren’t quite as stylish as another JBL headset we reviewed. That said, there’s something to be said for the simple and classic look. The device is easy to set up but the detachable mic adds some extra steps by default, especially if you intend to customize the settings. According to the instructions, you should not wear the headphones while they’re charging. That’s probably not a dealbreaker though. Furthermore, you should not install this device near any heat sources, including radiators, heat registers, stoves, or even amplifiers. Also, don’t use it outside during a thunderstorm, but that should go without saying.

The JBL Quantum 350 Wireless Was Made For Surround Sound

I’m not going to beat around the bush: the JBL Quantum 350 Wireless is perfectly designed for surround sound. The headset markets itself as featuring 3D surround sound with positioning accuracy. While this isn’t particularly obvious when watching video essays, it definitely kicks in when gaming. This was my first experience with a dedicated surround sound device. The results were incredible. Even without looking at the screen, I could identify where sound effects are coming from in a virtual room. It’s incredibly helpful for action games and very immersive overall.

Beyond that, this device offers great audio quality even when the surround sound isn’t being taken advantage of. This means that listening to video game dialogue and video essays alike sounds like people are talking directly into your ears. It also features zero audio lag and the lack of a cord means you can get from the computer and still listen in. This headset has given me an incredible experience totally free of audio distortions, and that’s already fantastic. The mic is voice-focused and records with incredible clarity, too. 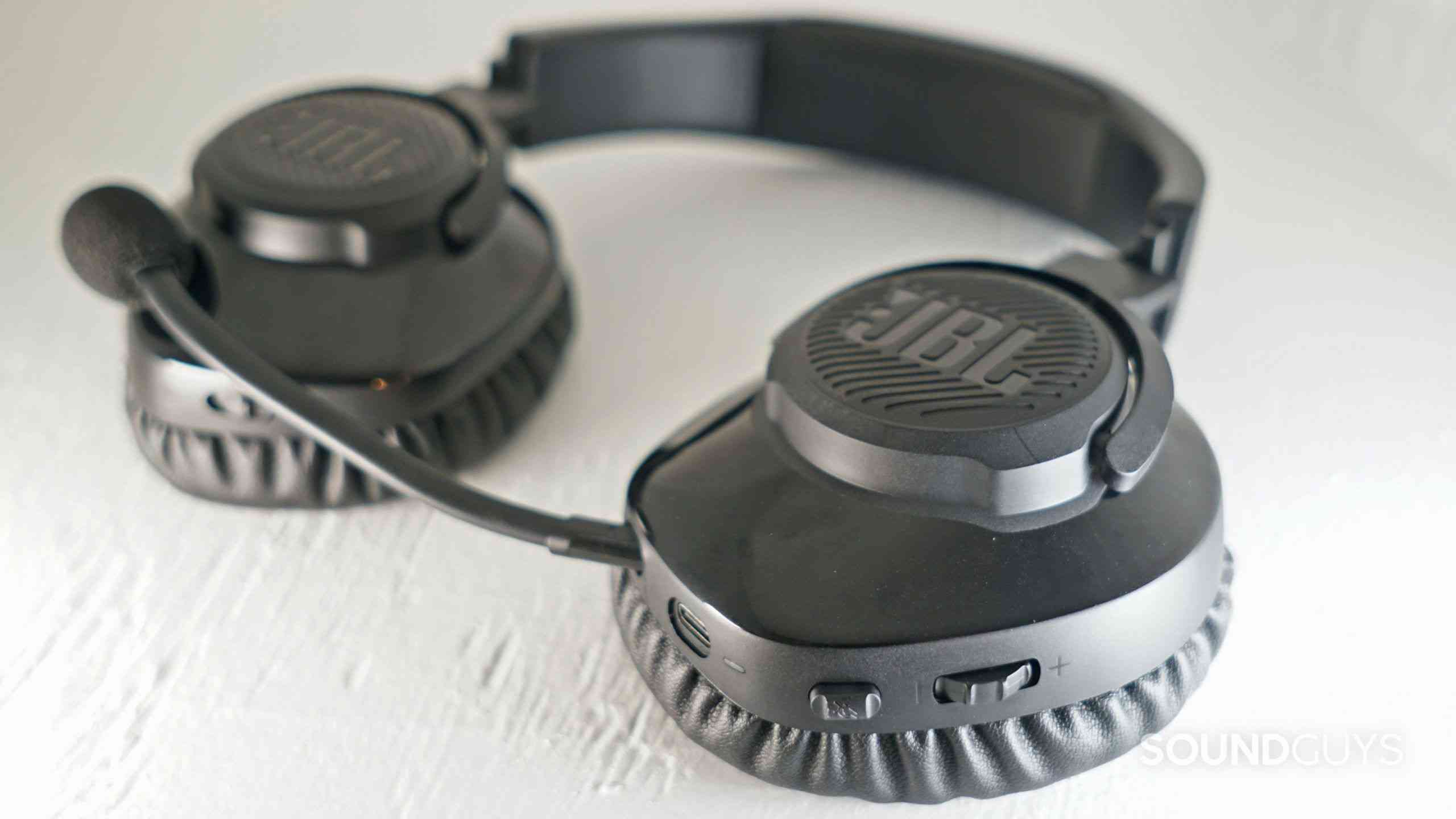 The headphones worked immediately, but I had a lot of trouble getting the mic to work. Then I realized I’d had the mic muted and everything flowed smoothly from there. You can also install the JBL QuantumENGINE PC suite to customize the settings, but the device also works through plug and play. It’s very easy to mute the mic on purpose and hard to do so by accident. In other words, you can hit the mute button in the middle of a match, but only if you mean to do it. That said, most of the buttons are clustered at the bottom of the earcups. Be careful when removing the headphones or you’ll hit mute by accident.

The volume slider is also located on the bottom of an earcup, where it can be easily accessed during gameplay. Once you’ve gotten used to the placement, adjusting the volume takes less than a second. I kept trying to slide the side of the mute button up and now for a while, though. The two buttons are right next to each other and it was easy to get confused. I’ll also pass on this warning: if you’re wearing the headset while you turn them on or off, they play a loud engine noise.

No Ambient Noise Filter to Speak Of 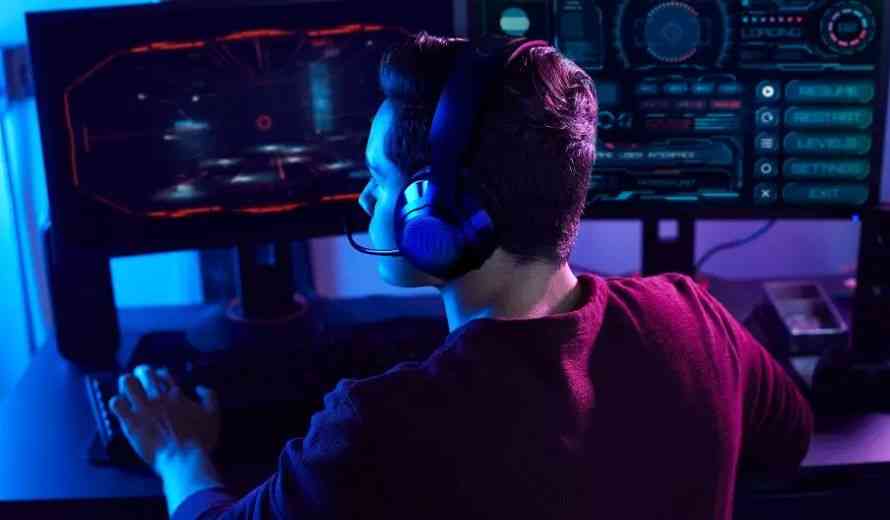 Easily the biggest downside of the JBL Quantum 350 Wireless is that the headset doesn’t filter out ambient sound at all. If someone is talking near you, you’ll hear them loud and clear no matter what you’re listening to. As you might expect, this can be really distracting, especially if you’re used to noise-canceling headphones. Fortunately, the mic is voice-focused, meaning it focuses in on your words, not the background noise.

I also don’t recommend wearing the headset when adjusting the volume for the first time or after using a different set of headphones. The surround sound setup means that these headphones basically function as speakers. When I briefly switched to a different headset and then moved back to this one, it came through incredibly loudly.

All in all, the JBL Quantum 350 Wireless is a specialized device ideal for gamers who crave surround sound and clear mic audio. It’s a solid piece of equipment but has a very clear audience in mind. If you live in a noisy area, I recommend getting something that will actually block out background sounds while you game.

***The headset was provided by the manufacturer*** 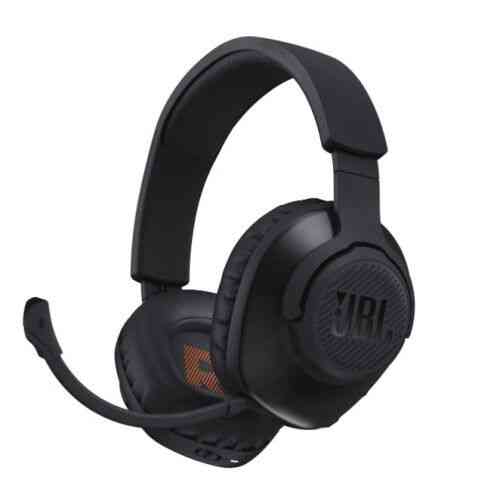