One of my favorite board games is the Fantasy Flight take on Battlestar Galactica. Resource management is key, and you watch your little cardboard meters start to fall. You can run out of food of course. And ammo. And you can run out of morale. Ixion captures the brutal bleakness of survival better than any other city building game. In space, no one can hear your workers screaming that they need more grasshoppers to eat.

They Should Have Sent a Poet

I covered Ixion earlier in the year, and I was impressed with its presentation. That remains a big plus. Although it’s a base builder, Ixion follows a narrative that hangs over everything you do. Games of this genre typically go for vague and replayable, so there’s not really a narrative to speak of. Ixion has a campaign like an RPG. 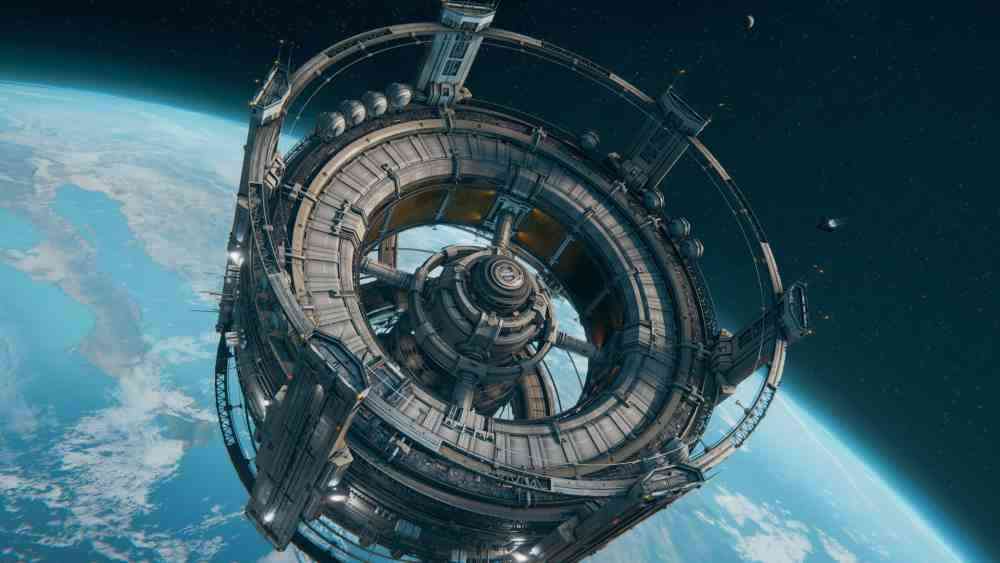 This is mostly presented through unobtrusive recorded dialogue, so you never take your hand off the wheel when story stuff is unfolding. The characters are great. I mean, they might not have the depth and subtlety of some of the year’s best games, but they’re all familiar sci-fi archetypes, and they seem like a good hang. (Except the slimy CEO obviously, he’s a jerk.) This is doubtlessly attributable to the performances, which are subtle, and lend real narrative stakes to all your building and exploring.

It helps that the graphics are real nice, especially for this genre. And the sound design is even better than the graphics. It’s not just the highest definition and the most detailed textures, but fluid animation, even the speed of the camera zoom, help with immersion. I love the way sound changes depending on what part of the titular space habitat you are looking at. And I love watching your collector ships returning to the docking bay, to be unloaded by crew in Ripley’s Mechloader.

It would be a shame to ruin the story in Ixion, even the inciting incident. I can say that you are part of a project to send humans out into space to look for a new habitable world to call home. The sci-fi is pretty hard, so most planets you find are toxic, burning, freezing, or esoterically dangerous. You aren’t finding life on each of these planets. You aren’t really finding much life anywhere (you know, at first). Suffice to say, things go pear shaped quickly, and the stakes of your mission get higher and higher.

Each system you travel to brings new challenges, but you’re pretty much doing the same thing over and over again. You explore planets, harvest resources, build up your space station, unfreeze cryogenic citizens. But the wear and tear adds up, so you will be scrambling to keep things in check. It’s not a game of succeeding, it’s a game of not-losing. I was surprised how hard conserving space was. My aesthetic preferences quickly went out the window when my colonists need food now, unloaded boxes be damned. Fitting all your buildings is the most satisfying game of Tetris within another game since Resident Evil 4. 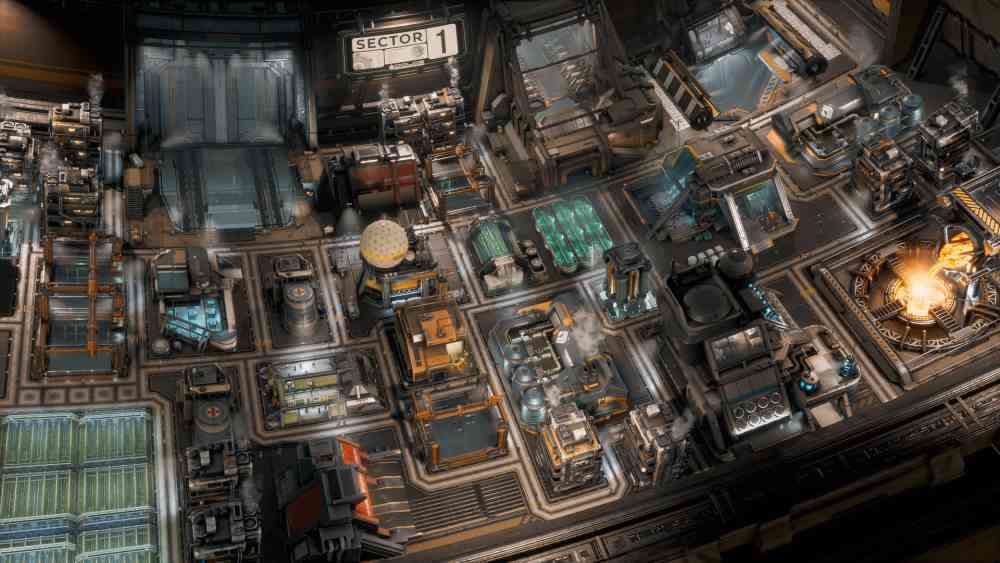 Did I mention this game was hard? I’m always worried to share when I am challenged by a game. I might be the idiot. But I’m pretty good at these building and management games. Frostpunk? No problem. Banished? Don’t get the hype around its difficulty. But Ixion had me save scumming like I never have before. 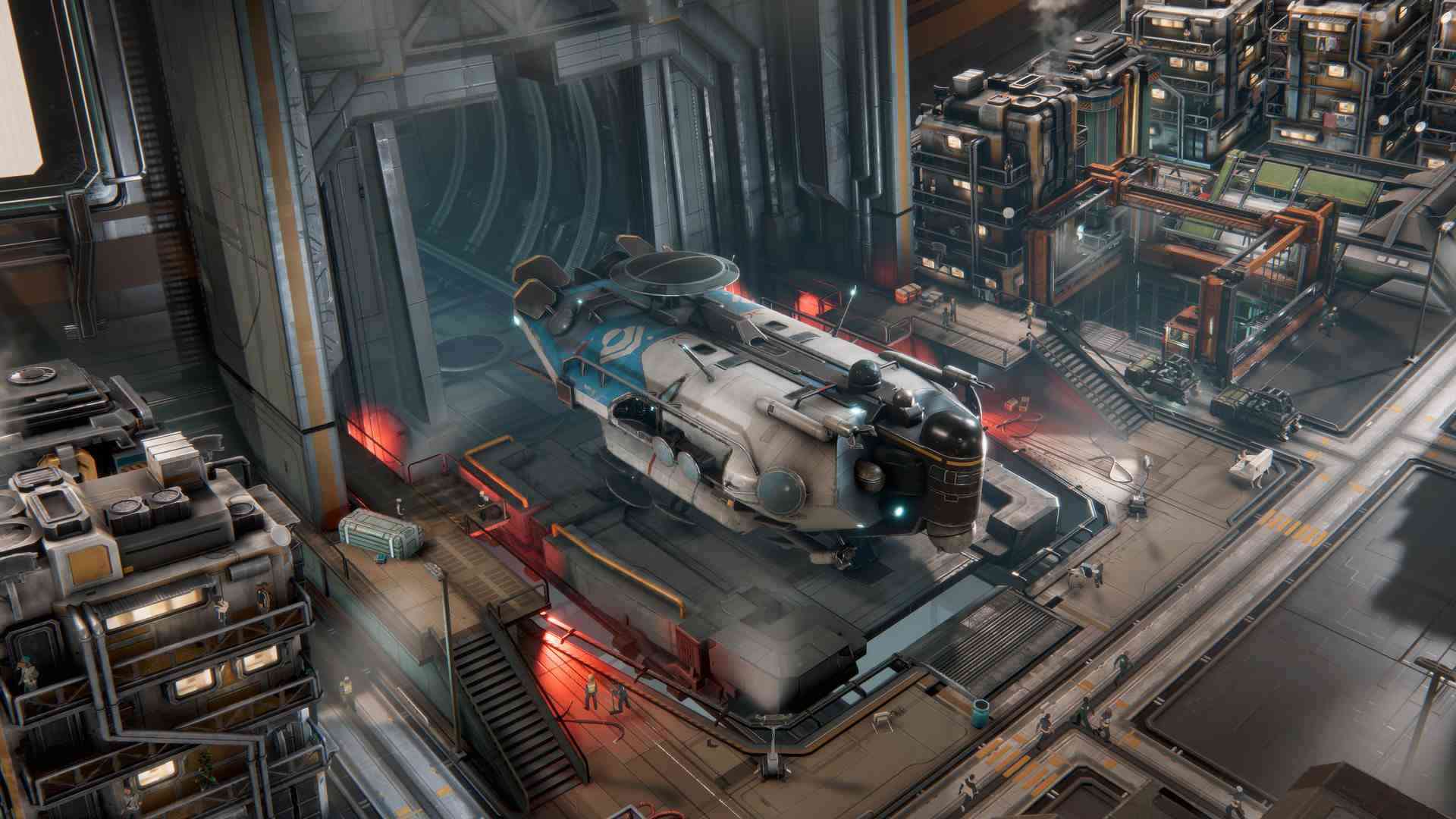 It probably sounds frustrating. And it is. I walked away a few times in disgust. But as is clear from the tone of this review, I always came back. That counts more than anything else. That’s the most important thing. I liked spending time in Ixion’s world, in Ixion’s story. I like space disaster stories. Eventually, I was happy to bump myself down to the ‘story’ difficulty, because I didn’t want to miss out. I like looking at it, and I like listening to it. I plan to return to Ixion, to once again embrace sweet failure. 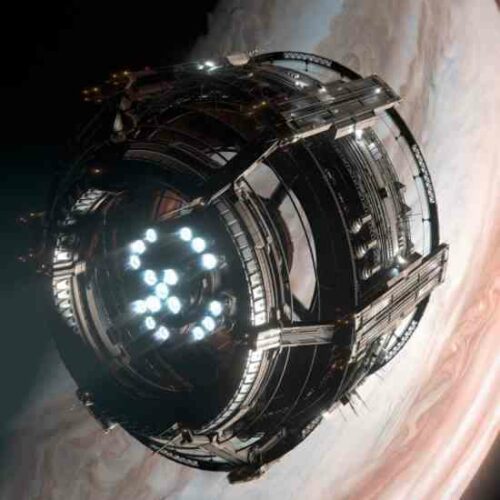