Island Time VR doesn’t take itself seriously. Like, at all. In an industry full of survival sims with grim, dark environments and tons of meters measuring hunger, thirst, and blood loss, this take on survival is fun and refreshing. Ultimately, there’s not a ton here, but what is will quickly become an addictive loop as you try, over and over, to beat your best survival time.

You’re introduced to the world of Island Time VR by Carl the Crab, your snarky and repetitive companion in this quest for survival. Voiced by Greg Miller of Kinda Funny fame, he has some legitimately funny lines with great delivery, but unfortunately, you’ll hear those same lines way too many times for comfort. After washing up from a shipwreck, Carl gently nudges you toward the things you’ll need to survive. Your tiny island has a supply of bamboo and rocks, and the occasional floating crate will provide you with other items periodically. Combining items can yield helpful tools. Stick a rock and a bamboo shoot together and voila, you have a spear, perfect for fishing. But you can’t eat raw fish. So you strike a couple of rocks together over a log and bingo! You’ve got a fire.

“Island Time VR is a lot of fun for those precious few minutes you find yourself in its world.”

Unfortunately, you held your hands too close to the flame as you were lighting it, and now you’re burning to death.

Game over. Elapsed time: one minute and 37 seconds.

Okay, lesson learned. Fire is dangerous, so be more cautious. You try again. You light the fire successfully, only this time, you don’t watch where you’re stepping and you get a bit too close — though you don’t feel like you’re standing any closer to the fire than you should have been.

But you’re improving! On your third attempt, you get a fire going, keep it going, and keep yourself from becoming flambé. Great! You cook some fish, hold it up to your mouth, and hear the delightful chomping sounds as you scarf it down. Now you take a bit of time to get better acquainted with your new island home. There’s Carl, of course. You’ve heard his goofy bit about the fish several times already, but he’s charming enough. There’s a box you can use to store things. There’s a strange beeping…

What is that? A weird, electronic beeping. Carl makes a quip about humans needing food to survive. But you just ate, so that can’t be it.

That is it. You die of starvation. 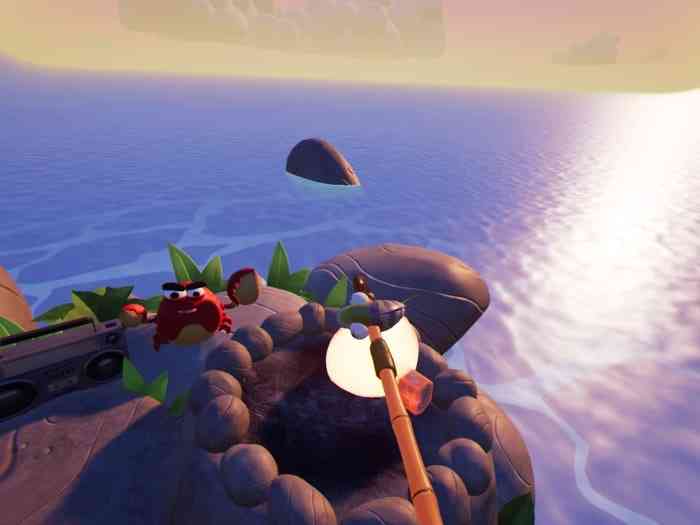 So you’re a particularly hungry castaway, and you need to keep eating. You notice a watch on your left wrist. It has a heart that gradually loses its color. That must be your hunger meter, so keeping it filled has become the name of the game. You have a goal, you understand your tools, you’re able to tune out Carl pretty effectively; you’re ready to crush this game.

Island Time VR is a lot of fun for those precious few minutes you find yourself in its world. Death comes swiftly and, sometimes, cheaply, but it’s never so frustrating that you don’t want to jump back in and try again. You’ll come up with new ideas for items to combine into tools. For example, Carl gives you one of his claws. Why not try sticking it on a bamboo shoot? Now you’ve got the perfect coconut grabber. While there aren’t that many pieces in this box, the pieces that are there combine to make a pretty entertaining puzzle.

At my best, I think I lasted around 13 minutes. I wear that 13 minutes as a badge of honor.

I can’t see myself returning to Island Time VR over and over. It’ll be fun to bust out at parties, having friends take turns and laughing as seagulls steal their hard-won food, but there’s not a ton of content here. Still, it’s got an addictive gameplay loop and a charming atmosphere. I’d say that makes it a worthy addition to your VR collection.

** PS4 code was provided by the publisher ** 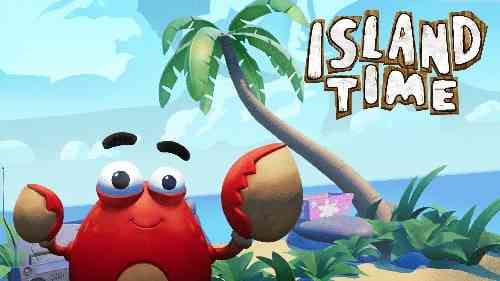