Tutorial missions… they’re never fun. We all know this but unfortunately, until we come up with a way to download information directly into our brains, they’re necessary in order to quell any potential frustration later on. Insurgency’s tutorial however was clearly made when deadlines were closing in, because it makes the potential frustration a reality right then and there. It has been a long time since I had to fight in order to just get out of a training stage, but that’s what you’ll be doing if you start this thing. It feels a like a school project, with many sections that drag on way too long, an atrocious AI companion that runs out and dies and enough glitches to make a programmer from Obsidian cringe. The reason I bring up is because upon reading this, you wouldn’t think the rest of the game would be that good, when in-fact, it is.

Normally, I don’t like “realistic shooters”. Many assume that’s because I’m more accustomed to fast-paced games like Halo and Battlefield. While that might be a small part of it, the real reason is because I find that in-sight of trying to be realistic, all they do is highlight the fact that they’re not. Insurgency is a realistic shooter that doesn’t carry these burdens. It’s a game that adds realism to make a more intense and immersive experience. 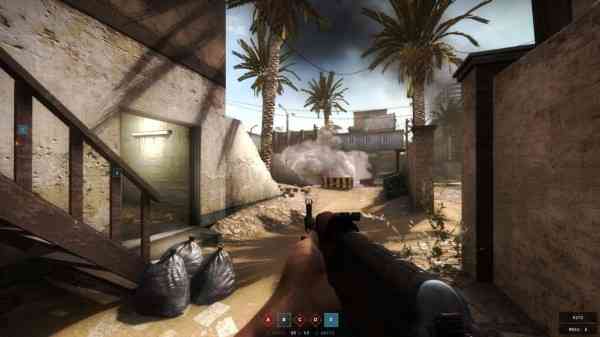 It does have many video game tropes like unlimited sprint, iron-sights aiming and many ways to kill terrorists and soldiers. What’s different is how Insurgency uses these things to create a unique multiplayer game from old ideas. Insurgency is game where you really need to stay on your toes.  Your enemies will typical only need one in the chamber to put you down. This means that confrontations are either over quickly or long and drawn out as you and the enemy play a game of hide and seek with bullets flying. No matter the case, the game is a complete rush. The fact that each round always start with you and your teammates sprinting toward the objective, only to then slow down to a snail’s pace as you peek around every corner, makes it all the more exciting. Every time you survive a gun fight, it’s a “hell yeah” moment.

This also means that dying is all the more frustrating, which you will, a lot. Even worse you will quite frequently have no idea where the enemy even was. Like the original mod, Insurgency doesn’t have a kill-cam or feed. While there will be times when you wish you had one, it’s ultimately a positive choice because it adds to the immersion. The well designed levels also mean that when you respawn, you won’t have to run too far to get back in the action. Maps are big and will have you running around not knowing where the enemy is, meaning that you have to be extremely careful. The levels have this character to them in that they constantly switch between being your friend and your greatest enemy. All of them are well designed though and contain many paths that allow you to flank the enemy.

It’s just a shame there aren’t more of them at launch. The game’s Steam page claims to have “12 Multiplayer and Cooperative maps”, and even though that may be true technically but it doesn’t feel like it. The cooperative maps are just slight variations on competitive ones, and the Co-op modes feel very much tacked on with AI opponents that aren’t fun to fight against. In competitive play there are two playlists with three game types each. “Tactical Operations” features game types that have objective based spawning which means that when you die, you won’t respawn until your team captures an objective or a new round begins. It’s a nice twist on the classic formula popularized by Counter Strike. “Sustained Combat” meanwhile features game types with respawns but still have objectives to complete. There’s no deathmatch to be found which is good because it would feel horribly out of place in a game like this. Having a small number of maps though across two playlists, does mean the levels do start to get a bit repetitive. 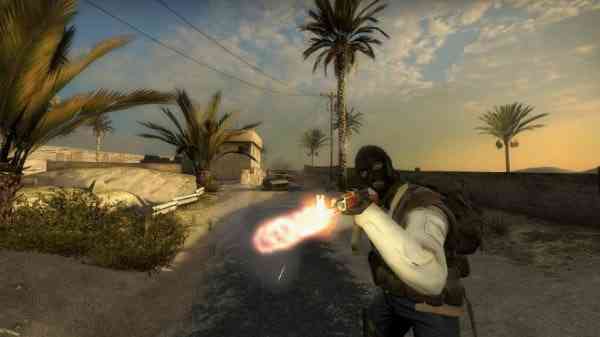 Since we’re talking about flaws, might as well get the rest out of the way. While the game is an improvement from the mod, it does still have some spotty hit detection. It’s fine for the most part but there will be times when you’re dead on target, yet the game doesn’t seem to register the hit. This is most prevalent when using the shotgun, it’s extremely satisfying when it works but when it doesn’t, it really sucks. The customization is good but the interface could be a bit more polished, plus, things like heavy armor feel rather pointless since you still die if the enemy so much as looks at you funny.

Also, this being a Source engine game not made by Valve, the graphics are best described as serviceable. Not bad, just a bit outdated looking. In turn this means that the game is easy to run and the clean HUD coupled with the terrific audio design, make it very immersive.

Insurgency is a game that doesn’t have any big problems but rather it has a bunch of little ones that culminate. Some of these are ones that the developer can fix over time. There’s already plans to have DLC that will hopefully add new maps, modes and gameplay updates. Support will also be necessary because while this game does have a decent sized community now, if it doesn’t add more levels, it’ll eventually die out like the mod. I hope that’s not the case though because Insurgency is a terrific multiplayer game, a nice change of pace from your standard military shooter. It’s a fun game on its own and even more so with friends. Check it out.