Way back in 2015, when the world was still twerking to Uptown Funk!, Lab Zero Games, developers of the hit game Skullgirls, put together an IndieGoGo campaign for a brand new project. After 30,000 backers, 2.5 million dollars raised, and four years of development, Indivisible has finally arrived. Indivisible combines beautifully hand-drawn visuals with action RPG gameplay elements to produce a fresh gaming experience. Featuring a unique story that starts as a tale of revenge and evolves into an epic, world-saving event, starring a special young woman with the ability to absorb her allies into her mind. You probably haven’t played anything quite like this.

The story of Indivisible is centred around a feisty young girl named Ajna who has been raised by her father in their small village. When the village is attacked, Ajna’s life is turned upside-down. Unbeknownst to her, she possesses a unique ability that allows her to absorb people into her mind, and she can call upon their abilities as she sees fit. Yes, you read that right. Living characters are abosrbed right into her head – in some cases against their will – and she’ll call upon them for battles. Ajna’s journey begins with her set on tracking down those who destroyed her village. Along the way, she’ll encounter dozens of new people that she’ll absorb to fight alongside her. Eventually, she’ll find that what started as her personal mission for revenge will become an epic battle to save the world. 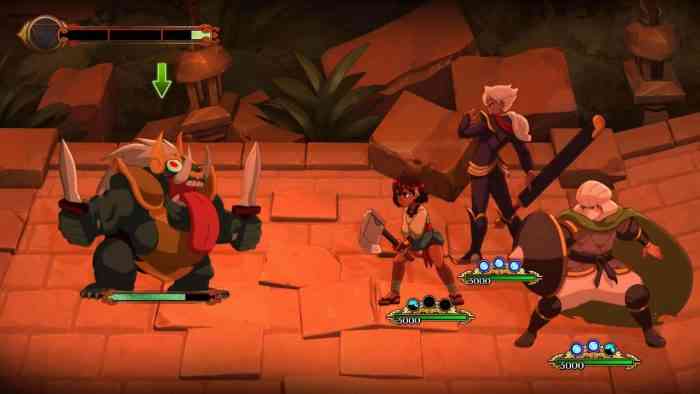 The game can be broken down into two gameplay mechanics; platforming and battling. Platforming requires using Ajna’s ever-growing abilities to navigate the world around her. She’ll start off with the basics; jumping, wall-jumping and sliding – but eventually, she’ll gain access to even more moves and tools to unlock even more areas. Throughout the world, you’ll come across various characters to interact with – some of which will join Ajna on her quest. There are special gems that are hidden throughout the world that will be used to increase Ajna and her team’s abilities. Special shrines are scattered throughout the world where you’ll be able to save your game or visit the Inner Realm” where Ajna can interact with all those she’s absorbed, such as the snarky Razmi or the battle-hardened Phoebe. The second gameplay mechanic is of course battling, which begins when you make contact with an enemy during the platforming sections.

Battling is a unique affair. Your party will consist of four characters of your choosing – as you find more characters in the game world, you’ll be able to swap them into your party. Each character has unique fighting abilities – not uncommon in RPGs – so you’ll want a team that works best depending on the situation. Each character is assigned a button on the controller. If Ajna’s button is X, then you’ll use that button to attack with her when her attack gauge is full, or defend if an enemy attacks her specifically. Attacks can be tweaked by pressing up or down on the thumbstick when pressing the attack button – but honestly, I had a really difficult time remembering what each character’s various attacks were. In fact, the whole attack/defence system felt more like juggling, and I’m terrible at juggling. I really did not like this battle system at all – it felt awkward and really took away from the overall experience. 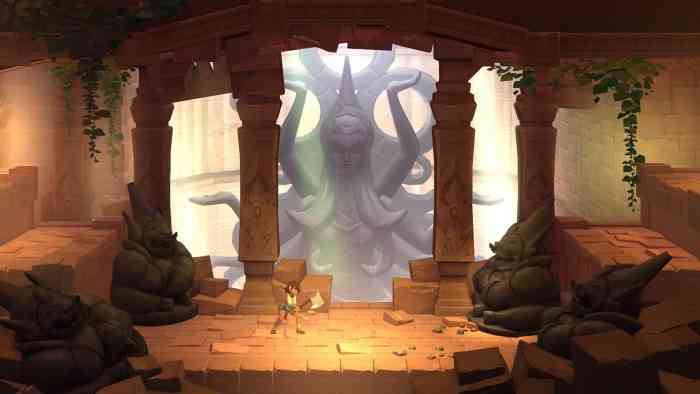 The game looks stunning with its hand-drawn visuals. Character designs are unique and varied. Levels while moving on a 2D plane, have beautiful backdrops showing a vast world. Unfortunately, character conversations use that ever-popular cardboard cutout style approach with the two characters plastered on-screen with text on the bottom conveying the conversation. Often times, the conversations use voice-work, and the voice-work is pretty good. There are some annoying characters – but I’d be hard-pressed to find a voiced RPG that doesn’t have a few annoying characters. The game also features a beautifully animated opening that looks just like an anime – but for some messed up reason, the opening isn’t an introduction to the story or world, but rather a mix of all the characters, locations and even abilities that you’ll encounter throughout the game. It’s basically three minutes of nicely animated spoilers.

On one hand, Indivisible is a beautiful game filled with fun characters and tons of charm. There were some genuinely funny moments that made me smile. The platforming aspects weren’t bad and really were the more enjoyable moments in the game. The battling was more often than not just frustrating and boring. I always felt like I was fighting the controls, and that’s never ideal in any game. Save points were generously scattered around, so I rarely had to replay that much if I did die. The initial load screen when you first boot up the game is pretty lengthy, but after that, the game runs very smoothly with no further load screens. If you’re willing to make the best out of the awkward battles and you love those classic RPG stories that start off small and build into these epic adventures, then you’ll definitely be in for a treat with Indivisible. 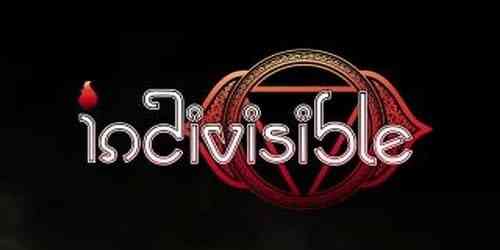