My experiences with Indie games have been a roller coaster ride, with big dips and exciting twists and sharp turns. Often an early adopter of new titles, I have been disappointed from time to time supporting developers who didn’t always deliver what was originally promised. I was one of the first supporters of The Forest, an indie survival horror game in the same vein as Minecraft, crafting equipment and forts with whatever materials you can find. Though it had a rough launch, The Forest is now shaping up into a solid title. In Space We Brawl has a simple concept and is reminiscent of old school spaceship games. In many ways however, the game appears to need some more development, much like The Forest did. Whether it will see content updates is another question.

In Space We Brawl is primarily set up to be played as a local multiplayer game. It features twin stick shooting controls and offers various combinations of ships and weapons. Naturally the maximum amount of players is four, and each person will be able to select one of 11 space ships to pilot. The ships available offer typical setups, being either fast but fragile or slower but stronger. Upon choosing your ship, you proceed to selecting a battleground. From there, blowing one another up is the objective. 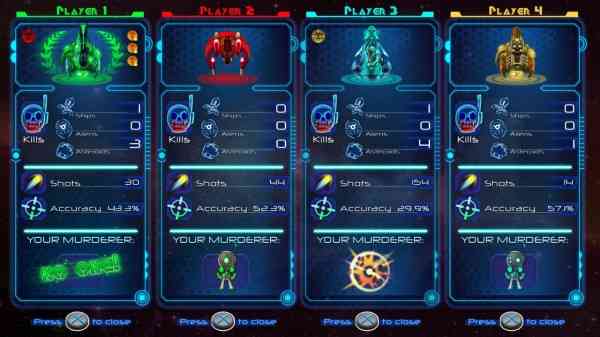 Essentially, you are zooming around an arena based on a single screen, avoiding asteroids while trying to snipe each other. Single-player challenges make an appearance as simple tutorials to begin with, and they evolve as you complete them. All in all though, the game shines during four player matches, as this is clearly how the game is intended to be played. Lack of online support really hurts the game though, as gathering four of your buddies for a gaming session in one room can be challenging with busy schedules.

Earlier I spoke of 11 different vessels to choose from. The specific attributes are mass, health and speed. Weapons can also be tinkered with on each ship, and matching different ships with weapons can yield unique results. To unlock each of these weapons you have to complete challenge missions, which, make no mistake, are incredibly challenging. Some games speak of challenge modes that are really just time trials or some kind of uninspired test, but In Space We Brawl the challenges have no mercy. Now don’t get me wrong, I enjoy challenging games as I’ve soldiered through and completed both Dark Souls one and two, but that is because they offer incentives, such as equipment upgrades and exciting-evolving landscapes. In Space We Brawl is hard as hell at times, and even though the unlockable weapons are neat, they aren’t enough to convince me to tough it out.

Each ship is equipped with shields that deplete at different speeds depending on the model you are piloting. To preserve your shuttle, you can snag power-ups that boost your ship with additional ammo or energy. Basic laser cannons that can shoot from all angles are found on every space ship by default. The unique qualities of the special weapons include guided missiles, charging lasers and rapid fire. 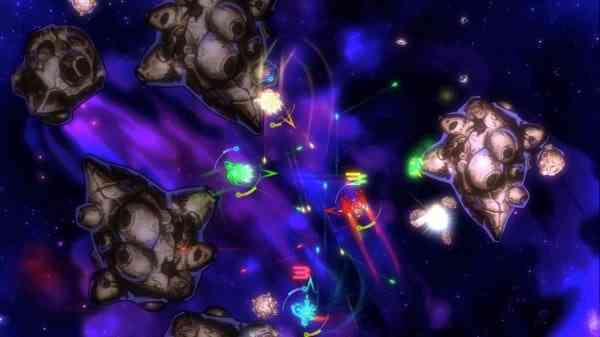 Audio in the game is really nothing special. Lasers sound as lasers do, and the music fits the sci-fi theme, but nothing really stands out in this department. Visually, the art style is disappointing to me. I had hoped for a more unique take on the sci-fi theme, but instead I am greeted by what reminds me of a template for alien design that someone would start with and then build upon. It looks geared towards kids, which is fine, but it just seems uninspired.

Even with eight battlegrounds the game hardly holds up against the test of time. For me, the test of time lasted for about a couple play sessions with some buddies. Each stage does have its own gimmick, like a black hole or hordes of aliens spawning acting as a unique third party enemy. These are neat, but they don’t do all that much to increase replayability, and the quirks get old fast. Two game modes are available, a championship and a tournament mode. Championship mode requires you to achieve a set score, while tournament works as most tournament modes do in games. I will note that you can play in teams as opposed to just a free for all.

All in all In Space We Brawl is easy to pick up and play for some quick fun. Unfortunately that is where the fun stops, as content is slim and it really only shines when you can pull a group of three other buddies together. The gameplay is somewhat fun, but the lack of depth really hurts this titles potential life cycle. I can’t help but think most gamers would digitally shelve this game within a half an hour. Perhaps some future content updates could rectify this. 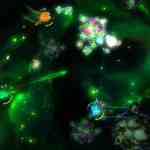 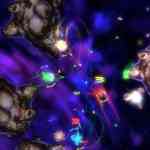 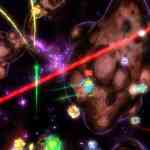 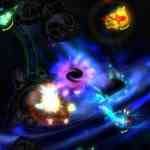 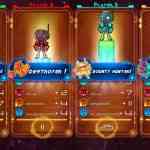 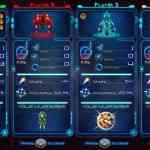 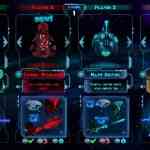 Next Sid Meier’s Civilization: Beyond Earth Review – If it Ain’t Broke, Don’t Fix it!
Previous Fluster Cluck Review – What’s in a Name? It Seems Everything This Time Around