Puzzle games have been around since the beginning, and have always been hit or miss. After all, it’s hard to make such a title stand out, and it’s not as if the genre always makes the best use of (or benefits the most from) advancements in console and PC graphics technology. Some truly do stand out, though, and do the best with what’s available, with a prime example of that being the puzzle/platformer, Hue, from publisher Curve Digital.

Developed by the independent minds at Fiddlesticks, Hue is an aptly titled affair that is all about colour. Each puzzle is based around that simple building block of our everyday world, and it’s up to the player to use the rainbow’s colours to their advantage, in order to progress from one room to another. It’s simple, yes, but it works very well.

On paper, a game about changing colours to solve puzzles may sound boring, derivative, generic or any of the above, but there’s something different about Hue. Although it’s not the world’s most revolutionary title, it’s polished to the nines and doesn’t get held up in too much monotony despite a basic premise. For this, its developers deserve credit, because their efforts (and talents) show through the pixels that comprise this intriguing world.

“On paper, a game about changing colours to solve puzzles may sound boring, derivative, generic or any of the above, but there’s something different about Hue.”

What’s also important to note is the fact that, unlike a lot of other genre efforts, Hue comes packing a storyline that unravels as you progress through its several hours’ worth of gameplay. Although it’s not the deepest of narratives, it benefits the game by giving the player a reason to care, and also makes the displayed world feel more alive than it otherwise would.

Simply put, this is the story of a young boy named Hue, who awakens one day to an empty home. His mother – a colour scientist, and his only parent– has disappeared, and the only evidence pointing towards her whereabouts is found in narrated notes that she has left behind. These pages – which dot the landscape and are usually acquired en route to different puzzles in the game’s branching map structure – continually unravel more of the mystery, and tell the story of an unfortunate event that may forever change the characters’ grayscale universe.

Yes, this is another fictional tale about a world without colour, but don’t put it down for that. The way that Fiddlesticks has incorporated colour – and the discovery of different hues – into its puzzles really stands out, and makes this an experience worth undertaking. 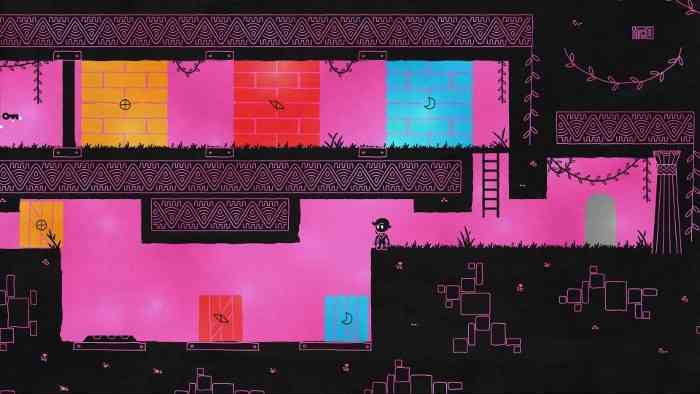 Things begin in Hue’s remote fishing village, before expanding into underground tunnels and laboratories, all of which contain devious puzzles that aren’t afraid to kill. Each area usually has its own motif, too, be it lasers, paint streams (which change the colour of any item that passes through them) or boulders. Those building blocks combine later on to create some rather devious challenges, which will test your mental skills without being unfair or causing too much frustration.

Hue doesn’t awaken with any colours at his disposal, but it isn’t long before he’s tipped off about the whereabouts of one, and each new area that he completes also gifts him with a new shade. The list includes, but is not limited to, purple, red, blue, light blue, yellow and orange, and contains everything you’ll need to survive this memorable campaign. Well, outside of adept platforming skills akin to something you’d hone while playing Super Mario Bros.

The key is to study each puzzle and identify where changing colour will benefit you. By moving the controller’s right joystick, you’ll be able to slow down time and use a helpful wheel to change to whichever pigment you need. There’s a method to this, of course, as the colour you choose at any given time washes out any similarly coloured blocks in the local environment. So, for example, if you wish to momentarily rid yourself of a red laser, you’ll need to switch to red to make it disappear. The same is true for blocks and paint streams, with some puzzles requiring split-second changes in order to prevent being crushed by boulders, shocked by lasers or falling into oblivion. It’s here where platforming skills can become a necessity, and it’s great that the mechanic is as polished as it needed to be.

“What’s especially impressive about Hue – outside of its smart puzzle design and interesting take on colour as a tool – is that it doesn’t discriminate.”

What’s especially impressive about Hue – outside of its smart puzzle design and interesting take on colour as a tool – is that it doesn’t discriminate. Fiddlesticks’ designers were thoughtful and forward thinking enough to consider those who are colour blind, and this consideration has led to a simple but very effective solution: symbols.

By going into the game’s options menu, one can toggle the above setting and play without needing to see any colour at all. Symbols appear on both the colour wheel and in every environment where colour is found, delineating each pigment in a smart and simplistic way. I turned it on after about thirty minutes, and didn’t bother to turn it off because I liked the way it accentuated the world’s aesthetic.

Speaking of presentation, it’s important to point out that, although it doesn’t have the shiniest of graphics or the most realistic visual design, Hue is a looker that should please all eyes. It mixes sharp black tones with pops of colour and ever-changing backgrounds that become filled with whichever shade the player has selected. The result is a basic design motif that looks striking in action. 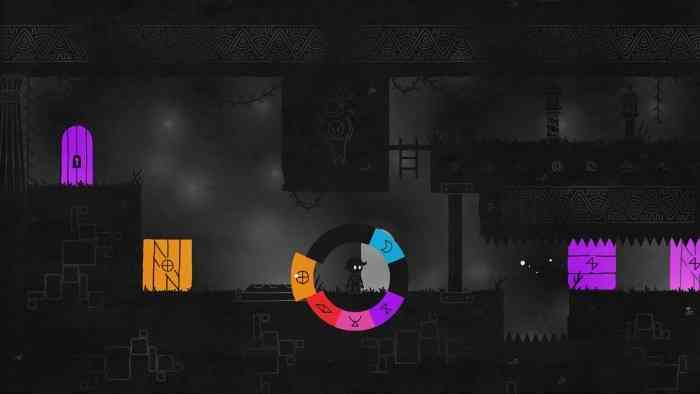 This simple but very effective visual style is accented by a very fitting original score, which begs to be listened to. Mixing haunting melodies with the keys of a piano, it perfectly conveys the tone of the game and what’s going on at any given time.

Needless to say, Hue is a nice surprise during the slow months of summer. Despite my general lack of interest in most of what puzzle gaming has to offer, this standout indie release has succeeded in both impressing me and making me want to sing its praises to those who are willing to listen. This is a rarity, given it’s not often that I come across a genre effort that I enjoy, let alone one that I plan to return to. 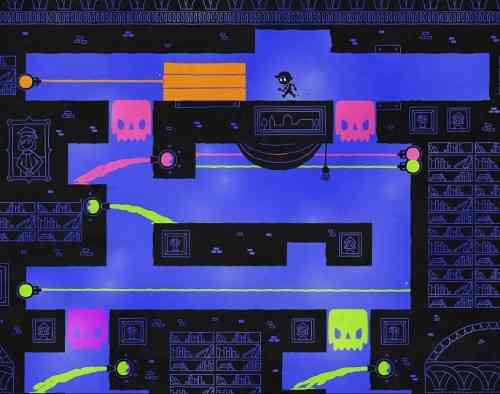 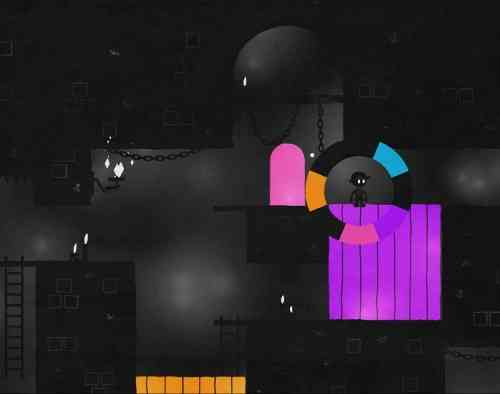 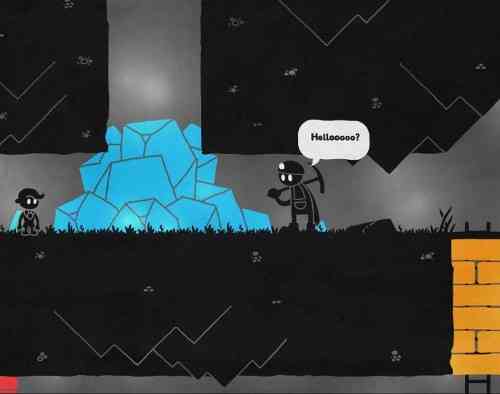 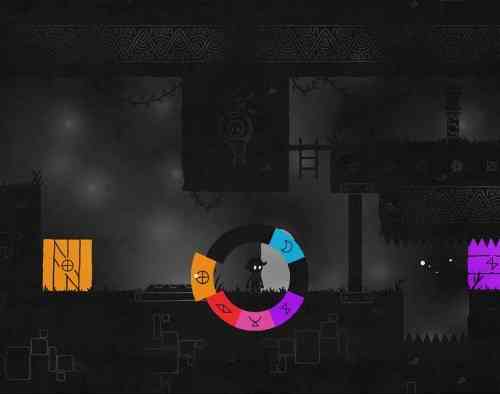 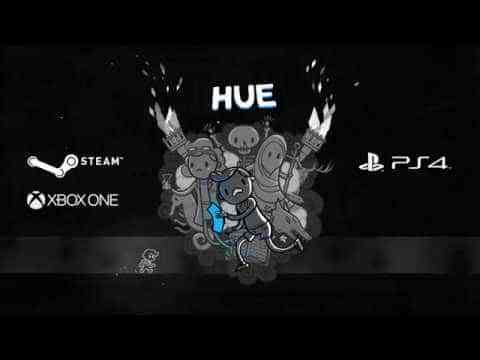