A few months ago I previewed an adventure game that put you in the role of someone waking up in ruined surroundings, no idea what’s going on, and trying to piece together the mystery of why you are there. This game was called Homesick by Lucky Pause Studios and the game is now in full release to the public for all to enjoy – but does it leave you with a sense of enlightenment and discovery, or just confusion and frustration?

Homesick is a first person adventure game where you will find yourself in unfamiliar surroundings trying to solve the mystery of what is going on. As you wander about ruined halls and what seems to have once been people’s apartments, you will need to look everywhere for items to help you in your adventure. The game is played with a mouse and keyboard, and your inventory is tied to your mouse wheel which you can use to cycle through the items you have picked up.

There are not that many items in the game compared to other adventure games, but that is not a complaint. Finding these items can be quite challenging if you don’t look closely enough because some blend into the environment. The items will also aid you in solving puzzles so you can advance to new areas. So I just suggest looking everywhere and to take your time. The game has plenty of atmosphere and it’s good to soak it all in.

“This game design drives you to look everywhere and at everything. You want to know what happened, and it is all these subtle little things that really make the game.”

The puzzle solving side of the game seemed very easy at first, but the difficulty really ramps up after a while. At one point I found myself taking notes on how to solve a few puzzles, which I really did not mind at all because it harkened back to some old-school adventure games from my childhood in which I had to do similar. So when I did solve a hard puzzle it felt a lot more rewarding. I was also taking notes to help solve what is written in books and pages I keep finding in the game. Everything is written in unfamiliar glyphs which had me itching to know what was being said.

If there is one fault I could find with Homesick, it’s that I wish there was a run button. There is a bit of backtracking I had to do to so I could check some things out, and sometimes that could get a little tedious without the ability to move through areas a bit faster. On the other hand, that might impact the tranquil atmosphere somewhat.

The overall look of the game is both beautiful and somber at the same time, with deserted living spaces and other large rooms, where there are still hints of life and signs of people who used to live there. You come across photos and objects long forgotten that tell a bigger story of what possibly happened. This game design drives you to look everywhere and at everything. You want to know what happened, and it is all these subtle little things that really make the game. Atmosphere is key to an adventure game and this one nails it.

During your time in Homesick you will be treated to some quiet melodies as you make your way through the game. It rarely takes the focus, instead providing a perfect complement to the mysterious environments. The rest of the sound effects are fitting, nothing sounds out of the ordinary.

Homesick is one of those games that I feel everyone should experience. It really spoke to me and I have not felt this way playing an adventure game for a long time. I do suggest taking your time and just soak it all in as you will surely enjoy every minute of it.

***A code was provided by the Publisher*** 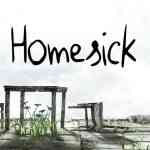 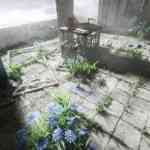 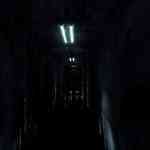 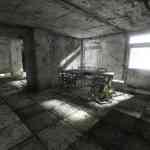 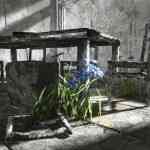 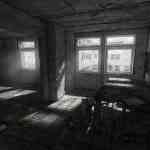 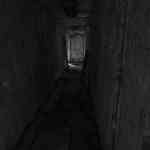 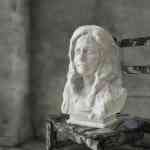 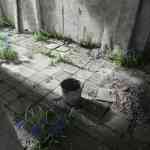 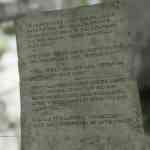 Next Badland Game of the Year Review – 2013 iPad GotY Makes a Successful Console Debut
Previous The Escapists: Alcatraz DLC Review – You’re No Sean Connery but Can You Escape the Rock?