For Pikmin fans, it’s been four very long years since our last Pikmin adventure (Pikmin 3, 2013, Wii U). While the Switch should make a perfect home for the Pikmin franchise (hint, hint), Nintendo has decided to first give us a bite-sized Pikmin adventure on the 3DS. Hey! Pikmin takes Captain Olimar and the beloved Pikmin to a brand new world complete with a new perspective, control style, and objectives. Is Hey! Pikmin a fresh new take on the charming Pikmin franchise or is this an idea that Nintendo should have left unplucked?

Hey! Pikmin begins in an all too familiar way. Captain Olimar is returning home when he gets caught up in an asteroid field and ends up crash-landing on an unknown planet. His ship informs him that while his ship is essentially intact, he requires enough fuel, or Sparklium, to make the journey home. Captain Olimar will find Sparklium in a couple of different ways, such as little Sparklium blobs scattered throughout each level or by converting “real-life” objects like watches, amiibo and even some iconic game cartridges. Captain Olimar will again enlist the help of his Pikmin friends to help him along his journey. In the game, he’ll encounter the same Pikmin variants he found in Pikmin 3, which means no White or Purple Pikmin and no new Pikmin variants. 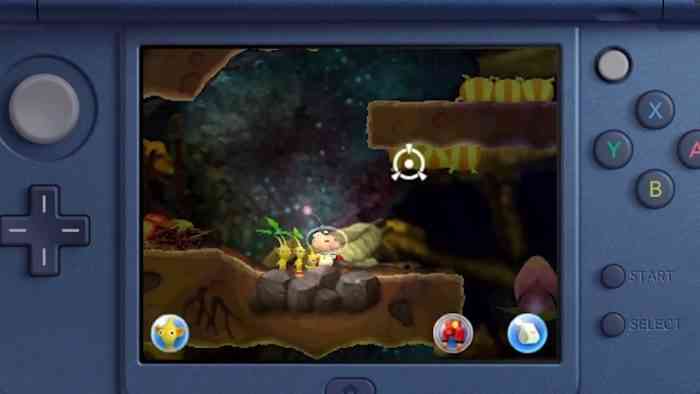 Unlike previous Pikmin games, Hey! Pikmin is a side-scroller with you controlling Captain Olimar with just the control stick and your stylus. All the actions are controlled by tapping the screen with a stylus, including a couple on-screen buttons like the whistle to call your Pikmin or the brand-new jetpack ability, which allows Olimar to hover for a few seconds above the ground. Tapping anywhere else on the screen causes Captain Olimar to throw a Pikmin in that direction. It’s a very simple and intuitive way to control and for the most part, I didn’t mind it. Holding the 2DS XL with one hand for lengthy periods of time can get a bit tiresome, but this is just a minor grievance.

Each level had some verticality and you could see everything above you on the top screen. There are other level design elements as well, including breakable barriers, water to swim in and caves to explore. Each level will also have two or four “real life” objects that you’ll want to find, as they provide the largest quantities of Sparklium – and since you’ll need 30,000 Sparklium to beat the game, exploring each level thoroughly is essential. Hey! Pikmin is divided into eight sectors and in each sector, you’ll find four levels, one secret level, one boss fight, some secret spots (which are just mini, one screen levels) and a couple secret spots only accessible via the Pikmin or Captain Olimar amiibo. After completing sector 8, you’ll come across… nah, you’ll find out for yourself. Each level will take you anywhere between ten to twenty minutes to complete. You’ll probably squeeze at least eight to ten hours out of Hey! Pikmin. It’s also worth noting that Hey! Pikmin has a near perfect difficulty setting, rarely getting too challenging or frustrating.

“Simple yet cute, and they often brought a smile to my face.”

Hey! Pikmin retains the same look that we’ve come to love in the Pikmin franchise, even though there is a shift in perspective. The Pikmin are filled with personality and even though they don’t really speak, you can always understand their thoughts and emotions. One of the things I loved in this game was the brief little moments/cutscenes where the Pikmin and Captain Olimar would share some sort of interaction. For example, two red Pikmin would walk through a cave, only to see a large Mockiwi sleeping, so they’d turn around and tip-toe right back through the cave. Simple yet cute, and they often brought a smile to my face. Each sector has a distinct look and theme to it, and even the levels within each sector offered a decent amount of variety. The music is the same, upbeat music you’ve come to enjoy in Pikmin games and most of the sound effects will be instantly recognizable. 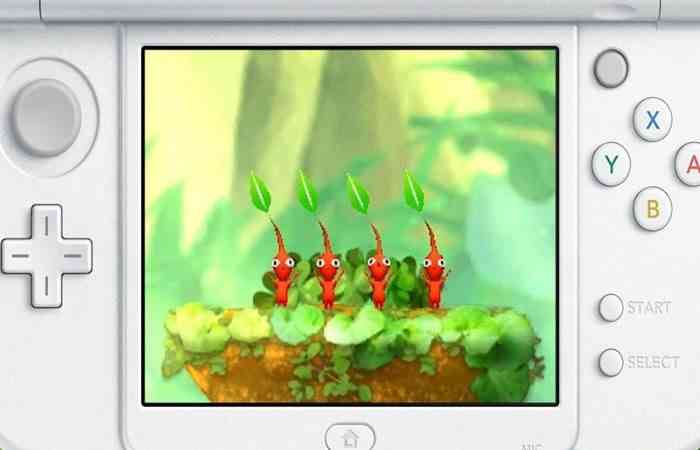 Hey! Pikmin is a solid spin-off from the existing Pikmin franchise. While it doesn’t feature the tactical style gameplay of past Pikmin games, it also doesn’t feel like Pikmin was shoehorned into some random genre either. The side-scrolling adventure style definitely suits this franchise and I would be more than happy to see Nintendo continue to create Hey! Pikmin games (as long as they give us traditional Pikmin games as well!). Hey! Pikmin will be a delight for fans of the Pikmin franchise. And if you enjoy side-scroller adventures like the various Kirby and Yoshi’s Island games, you’ll probably get a kick out of this game as well. If you’re new to the Pikmin franchise, the whole concept might seem a bit odd, but there really isn’t much of a backstory that you’ll be missing out on. Hey! Pikmin offers amiibo support and I’d highly recommend getting the Pikmin amiibo that released in July of this year to get all you can out of Hey! Pikmin. I thoroughly enjoyed Hey! Pikmin and if you’re a fan of the Pikmin franchise, it’s definitely worth piking up! 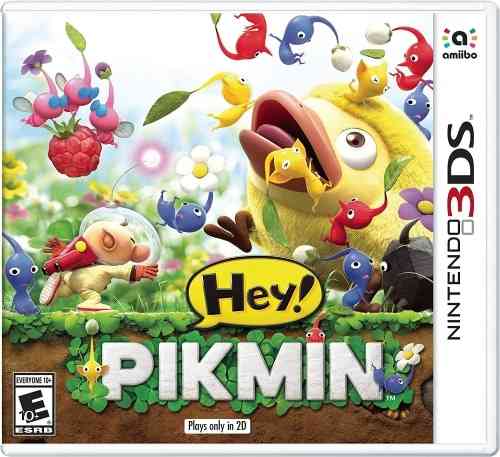