Hell is Other Demons Review

Hell is Other Demons, by Cuddle Monster Games, is, in essence, a 2D Bullet Hell wave survival game. It’s what you would get if you gave Mario a cannon, kept his ability to jump on the heads of his foes, but then asked yourself, what if the cannon shot in both directions? Okay, that’s cool, but what if Mario could shoot a giant hell beam across the screen, obliterating everything in his path while stomping on heads and gliding? Each stage, weapon, and enemy in Hell is Other Demons has been created this way.

This is a game that demands your full attention. The story is simple. Earth has been taken over by demons and you, another demon known as the Rebel, is set loose to kick their horned asses back into the pit.

At first, I thought it was too easy. I was blasting demons in the early stages with glee, patting myself on the back at just how skilled I was. About four stages in I learned a hard lesson: the loading screen tips matter. Where other games have loading screen tips about obvious or nonsensical things, Hell is Other Demons has tips that are critical for you to instill into your brain. 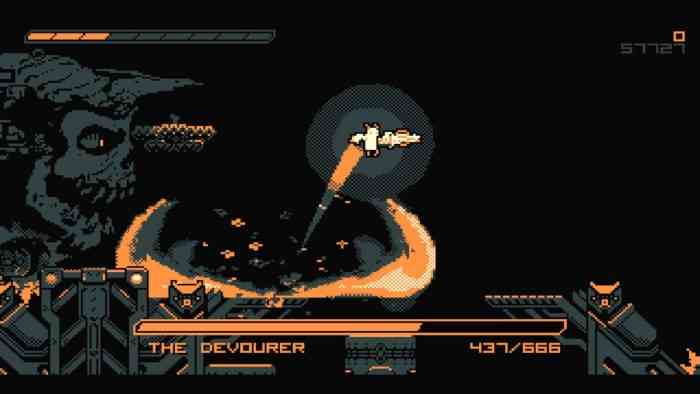 Normally, one might think this is poor game design, learning through loading screen tips. The truth is I was so caught up on shooting and jumping because of the killer controls and the satisfying way I could jump on demon heads, that I tended to forgo any other strategy. So I appreciated the gentle reminders on how I could get gud.

The progression of the game is fairly open. If you play Campaign, there are multiple areas you work your way through and each of the levels follow a bit of a path. Each level has a stack of the same achievements you can knock out such as not taking damage or never using a weapon. 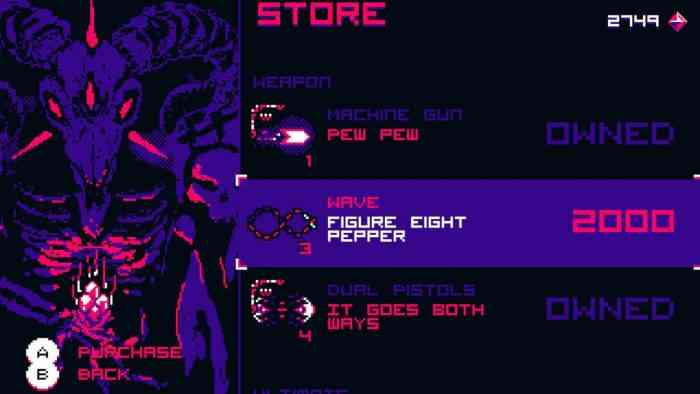 As you fight your way through wave after wave of hellish minions, you accrue gems, but you can only gather these gems from your dead foes when you stop shooting and believe me, you never want to stop shooting. It’s a great risk-versus-reward setup in an already tense mashup of mechanics.

As a level goes on, you’ll find a power-up for your ultimate ability. It starts out as a one-time super laser beam that you can later swap out for other even more explosive things like my favorite so far, the Supernova.

It’s All About That Strategy

You can also unlock and experiment with various passive abilities that do things like allow you to dodge farther, give you more damage when you stomp enemies or increase your health bar. Each power-up costs a specific loadout amount (which you can also increase) but requires you to mix and match to get the best outcome. You’ll never be able to equip absolutely everything you find, so strategy is key.

Complete enough levels and you’ll be to face off against one of the many stages for bosses. These range from massive skull heads to giant worm demons and they will put your skills to the test. 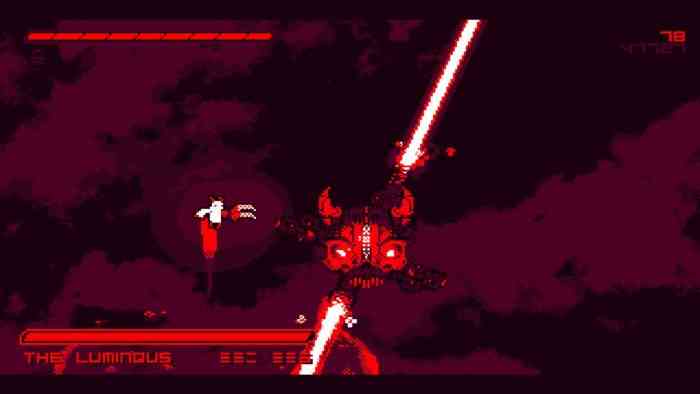 And lastly, there’s an Arcade mode which is an endless, rogue-like mode that awards you weapons, skills and more as you survive wave after wave. You can even pick your preferred demon, and unlock others as you go.

In my time with Hell is Other Demons, I’ve yet to get completely good, but I am on the path now. I won’t quit until I have all weapons unlocked. And believe me when I say there is a ton of content here to unlock. You’ve got weapons, passives, color schemes that change up the games already great visuals, and loads more. If you like bullet hell games and are ready for your next challenge, I wholeheartedly recommend Hell is Other Demons. You will have no regrets. Now go forth, young Demon Rebel. Get gud.