Headland is a game based in an imaginary world with numerous different islands to visit and secret paths to discover. The gameplay and storyline isn’t overly ambitious and challenging for players, allowing one to truly enjoy the action adventure game without many obstacles. Though it seems to be marketed towards the younger crowd, Headland appeal is not limited to children. It can provide the same entertainment to teenagers and adults alike. It is a simple game that doesn’t demand a high level of skill or attention. Its many secrets and unexpected funny dialogue are enough for players to stay engaged with the hero’s journey for a good amount of time.

Headland is about a young hero named Nor and his quest to save Headland by rebuilding the Imagination Core. It is a colorful, top-down adventure with lots of cute characters. Some are pretty useless and stand around doing nothing, while others are relatively helpful with their hints. Earn resources, gain EXP, upgrade weapons and equipment, and explore to your heart’s content.

You wield a sword in an imaginary land where anything can happen. There are moments of violence but think of it like a hack and slash with cartoonish monsters and sound effects. There are also creatures that Nor will have to fight, and dying in battle will result in a random amount of lost resources. Luckily, this means death is not the end and you are free to go wherever you wish at any time.

The landscapes are cleverly designed so you rarely question where to go next. It’s almost impossible to get lost. Even if you do get lost, monsters do not respawn once you have defeated them, so you are free to walk around the area without being attacked. Unfortunately, there are some glitchy areas where Nor can get stuck. Adjusting the camera angle and having him dash his way out of the rut is a helpful tip. 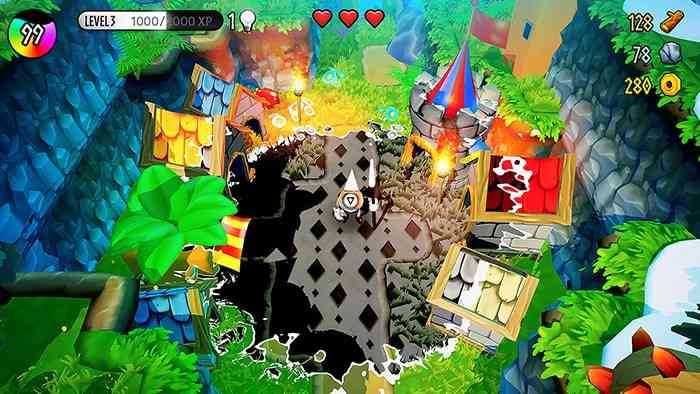 The deeper into the map you go, the more challenging the locations. This is also a good way to understand whether your character is at a level where he can succeed in the current quest. If he gets overpowered by enemies, it is a cue to go back and upgrade weapons or to gain more experience. There is a good balance of work and reward as one cannot keep moving on without working hard for it. Though monsters do not respawn once you leave the screen, they do reappear once you leave the island and come back to it. They also remain in the same area and abilities are unchanged, so it’s a great way to earn easy experience points.

What makes Headland stand out is the colorful and youthful energy in addition to the simple storyline it follows. Each location on the map doesn’t take long to complete, maybe roughly five to 10 minutes on average, so it never feels like you have to drag your feet to accomplish something. There are lots of different landscapes and types of beasts encountered in an attempt to keep the experience new. After several quests the monsters you fight will follow a similar attack pattern, only that they’re stronger the more difficult the levels are. 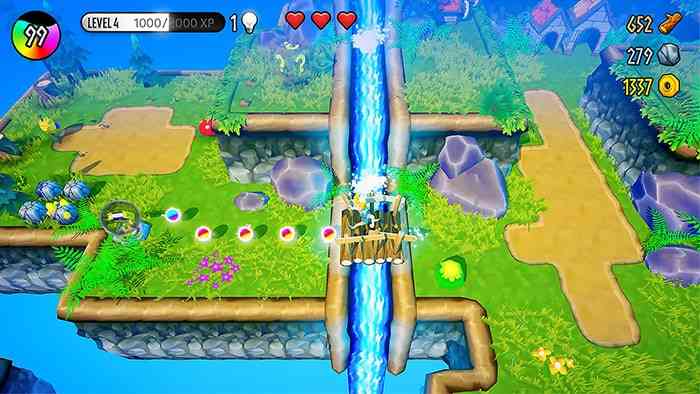 Headland encourages exploration. Multiple areas contain secrets that can be difficult to find in the first (and second) playthrough. There are mystery boxes littered around all the islands, and Headland keeps track of whether or you’ve found them all. This adds to the replayable nature of every location, because you might find something you didn’t think to look for the first time. However, you might find this repetitive as every location requires you to do almost the exact same thing each time.

A fast-paced and easy-to-navigate game, there is never a dull moment in Headland. Levels don’t take forever to clear. Rewards are not impossible to earn, and death and failure are forgivable. Headland has a simple plot with a fearless protagonist. It features quick battles without requiring players to think deeply about their actions and choices. Though it may not have a memorable story, Headland provides more than a momentary enjoyment for would-be adventurers. 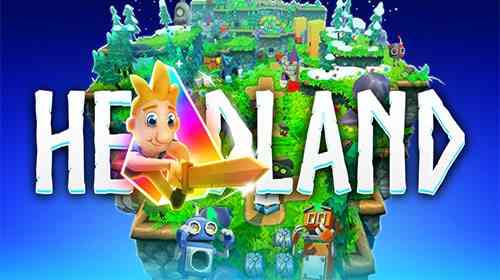