Japanese Folklore has been an interest of mine for a long time and upon finding out that Haunted Dungeons: Hyakki Castle takes place during the Edo Period in Japan, I was immediately intrigued. Weaving together an excellent source of inspiration of warring samurai, exiled sorcerers, terrifying yokai, and not to mention the beautiful Ukiyo-e inspired cutscenes. With all of this goodness, I was expecting great things. And while the game is good, I was certainly expecting a bit more.

Set in the Edo Period of Japan, the game is set on an island where criminals are sent to be exiled. The prodigal sorcerer, Doman Kigata, had schemed to overthrow the Shogunate. However, his plans came to a halt as he was captured and exiled to Hyakki Island, not before cursing the leader with death. Years later, an ominous package had been sent to the Edo castle which contained three severed heads — a head belonging to a Hyakki Castle guard and two criminals. The Shogunate’s search team had discovered a mysterious castle appearing on Hyakki island and it is here that four brave warriors, skilled in fighting yokai, must locate and assassinate Doman Kigata.

Beginning the game, you play in a group of four warriors which can be lightly customized. You have the option to select one of four races (Human, Oni, Tengu and Nekomata) and one of four job classes (Samurai, Ninja, Sohei and Shinkan) to build and create a balanced team. If you aren’t particularly concerned with your characters and just want to get started, you can also use the default characters made of each race and job class to move forwards. 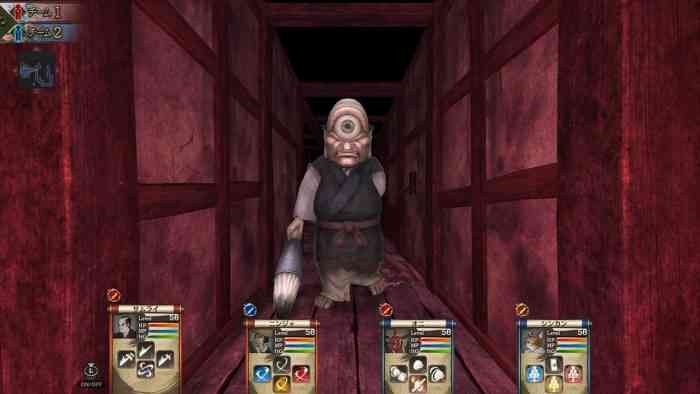 One of the big selling points that Hyakki Castle really pressed on is the ability to divide your four-man party into two teams. As this is only a single player game, once you have separated your group, they are split apart and represented as a stone chess piece. One team will remain stationary while the other team can explore. While it is an interesting mechanic to be had, I feel like it wasn’t utilized to the best of its ability. Most of the time I was splitting my team was only to open floor switches to open doors while in combat, it was more of a means of a distraction — some yokai needing to be distracted in order to get your attacks in from the back or side when they aren’t paying attention, however, this isn’t the case for most enemies.

When one team takes on its statued form, their defensive stats are significantly increased so if you somehow manage to lose your teammates, rest assured that they can take a few enemy blows before things get really dangerous. The combat and item equipment is quite simple and straightforward. Each character has three gear slots and a handful of unique skills that are tied to each character class. You’ll need to manage your magic (MP) and health (HP) while also keeping an eye on your hunger level (HG). The more you move throughout the dungeon, the more you HG will deplete however you can restore this over time with finding food in smashable objects.

In terms of audio, the developers did a great job at instilling fear into their players. Most of the audio is made up of the wind as it ominously blows throughout the halls of the dungeon, the guttural growls and scoffs of the demonic presences surrounding you. The sound of vases as they shatter, bumping into walls and pulling levers all really add to the immersion and adds an extra hint of creepiness as you traverse through the dungeon. This was certainly a game I couldn’t bear to play with my headphones on or with the lights off. 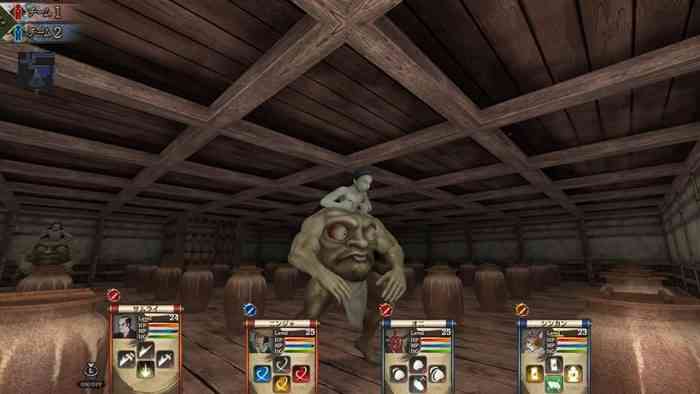 Graphically speaking, Hyakki Castle does okay for itself. While it certainly isn’t the best looking game around, it gets the job done in terms of the eeriness of the yokai infested dungeon halls. The game certainly could have used a few more textures and a few more variations for our yokai friends as well, just to liven the place up and make it seem a bit more full. The first time you run into each yokai is quite unsettling at first however once you have faced the same demon over and over again, it can feel a bit stagnant after awhile.

Haunted Dungeons: Hyakki Castle has a lot of interesting elements. Unfortunately, it’s most talked about feature, team splitting, could have used more work and it felt like there needed to be more to it besides switching on some floor panels. I did appreciate the odd boss yokai that could be found throughout your exploration on each floor and for someone who isn’t well versed in genre of dungeon crawlers, this is a pretty solid game to start with. However, those who are fans of this particular genre may overlook this title as it doesn’t really bring anything new to the table in terms of gameplay. 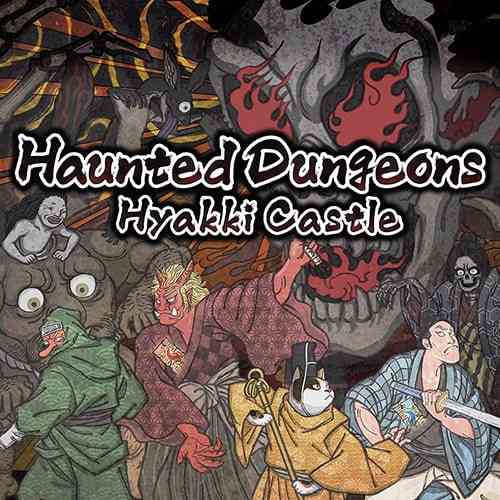