Gunpowder Review – Quality Over Quantity is the Key to This Game

Gunpowder, a mobile to PC port set in an anthropomorphic wild west, is a fun take on Robin Hood as the little guy sticks it to big business. As its name implies, the game is centred primarily on drawing lines of gunpowder from open flames to explosives in an attempt to blow the villain’s safe up in each level. Of course a straight line would be all too easy and so each level has its own set of challenges and obstacles to overcome with the help of western staples like mine carts, dynamite, and Gatling guns. 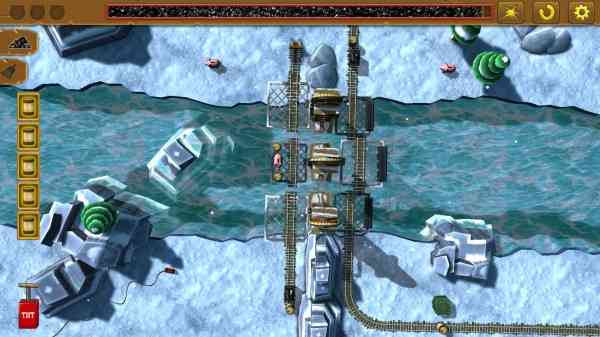 Gunpowder’s tale revolves primarily around the aptly named Incendio, a lowly shopkeeper who gets tired of being pushed around. He sets out on his new bandit lifestyle and works his way through increasingly difficult challenges. There’s not much to it, which is a shame because motivation to finish the game was lacking about halfway through, and even something as simple as a loved one being taken hostage would have instilled a greater sense of purpose. Instead it just turns into puzzle after puzzle.

Another area that left me a tad disappointed was the time and points system. Each level, no matter how long you take to complete it, will give you three pigs (like stars) as long as you can break all of the piggy banks along with the safe. There is a target time you’re challenged to reach, but it doesn’t really affect your completion in the long run. There doesn’t seem to be a bonus for ever hitting this target aside from a few extra points. The target time itself probably could have been optimized a bit more too, as some early levels were very difficult when attempting to hit the target, and some later levels were much too forgiving and somewhat easy. I can’t speak for the target times on mobile, but it felt like the PC times could have been tested a bit more to provide a smoother difficulty ramp.

“If you’re looking for a quick and simple puzzle game to play on your laptop during breaks in class, or simply want a relaxing way to unwind at the end of the day, this is a decent buy.”

Other than what I just mentioned, Gunpowder is certainly a lot of fun and will entertain you for an hour or two depending on how many puzzles you get stuck on. It’s a little hard to justify it at eleven dollars, but for a lot of people this is exactly what you might be looking for. Something quick and simple you can pick up and play when you only have twenty minutes or so before you’ve got to be out the door again. While the overall length isn’t anything to write home about, the gameplay itself is well designed and has a steady difficulty ramp. Mechanics are introduced at a good pace, and everything is taught without holding your hand too much.

The artwork isn’t a huge upscale from the mobile version, but it does look good. The first two chapters seem to feature a lot of the same assets and it gets a little boring to look at, but then later on the mines and town really do make up for it. All of the blues and purples in the mines are a nice contrast to the sandy yellows that makes up most of the game. The fifth chapter, thankfully, steers further away and takes place in the winter, with lots of snow and ice taking over the landscape. Overall, Gunpowder is a nice game to look at, so don’t give up and make sure you see the rest of what the artists have to offer. 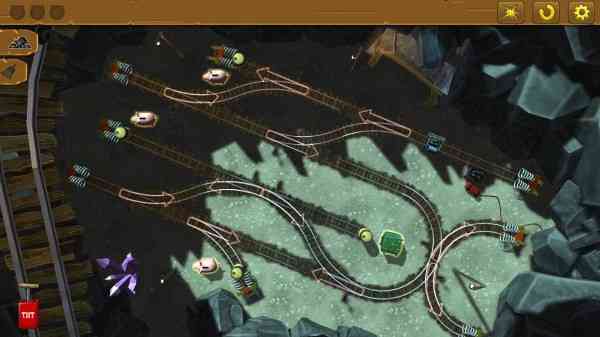 In Gunpowder’s case, it’s a matter of quality over quantity, with more quantity on the way via updates and DLC. If you’re looking for a quick and simple puzzle game to play on your laptop during breaks in class, or simply want a relaxing way to unwind at the end of the day, this is a decent buy. At eleven dollars it can seem a bit pricey, but it is still cheaper than going to a movie, so if games like this are your thing then don’t miss out!

Next Red Goddess: Inner World Review – A Classic Platformer with Style All its Own
Previous Vector Thrust Review – The Very Definition Why The Air Combat Genre is Suffering