I have been gaming on the PC for almost twenty-five years. My first real computer was a Pentium 90, and among its pre-installed demo games was a real-time strategy (RTS) game that quickly hooked me. I became addicted to every RTS I could find – Warcraft, Command and Conquer, and Starcraft, just to name a few. As the years past the genre died down a bit – and granted, some of the novelty wore off – so a release of a good RTS has been far and few between. That may have changed though, with the release of Grey Goo from the developers at Petroglyph – but will this game bring back those fond memories of gaming days past, or just be a ghost of what used to be? 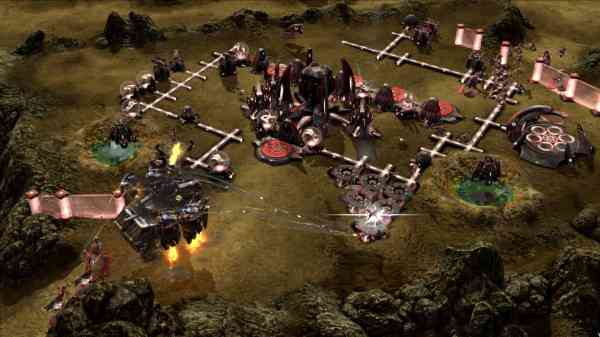 Most RTS games consist of gathering resources to build units and structures, building troops to explore the map, and completing objectives to achieve victory. Grey Goo does all this (and does it well), with a few extras thrown in, like being able to build walls to help protect your troops and other interesting support buildings. There is not a huge selection of troops and other combat units to build, but there is enough to make things interesting. Units build rather quickly too when compared to some other RTS games, which is a plus in my books. You can also spend some time and resources researching enhancements for classes of troops/vehicles, which does come in handy when trying to gain an edge in battle. Controlling and selecting large groups is easy and smooth. Unit path-finding is quite robust, too – very rarely will a unit get stuck along a set path as has happened to me in other RTS games I’ve played before, which has become a bit of a pet peeve of mine.

As in most RTS games, you have more than one faction to play as. There are the Humans and the Beta (who you start out with in the single player campaign), and the Goo. The overall story – which was a bit vague at times – is that mysterious organisms have suddenly started to surface on a planet named Ecosystem 9, threatening to take it over. Your role is to stop this force at all costs and save the planet. There is also DLC available that covers the back-story of the Goo and their true motivations. You won’t have to worry about the game being too short – there are many hours of enjoyment to be had here.

“After the guns have fallen silent and the last unit has returned back to base, I have to say that Grey Goo is a solid RTS.”

If you are the creative type, the available map editor will not let you down. There is a bit of a learning curve here to using the interface (I have to admit I was a bit intimidated when I first opened the editor), but with some time you can come up with some really creative layouts.

After you have exhausted the single player content you can then dive into the multiplayer side of things. There are plenty of options and extras to make things interesting. All the standard RTS options are here, such as 1-on-1 battles, 2-on-2 battles, and FFA (Free For All) modes. All factions are playable, and you can select a random race if you are feeling confident, or adventurous. Ranked battles are here, and unranked too if you just want to practice. You should have no problem finding someone to play with, as the multiplayer side of things seems to be really active, which makes me happy to see.

What is rather cool is you have the option to watch games that have already been played and there is also an option to go directly to the Twitch channels broadcasting Grey Goo. Two neat features for sure and I would like to see this option in more games! 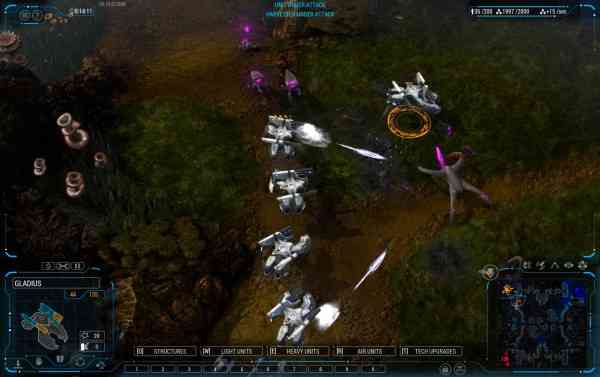 In terms of the overall presentation, Grey Goo hits the hammer on the head on the nail.  In the graphics department it looks great. Gameplay is from an overhead, angled view, with 3D graphics. The units are well designed and animated, and the maps are huge with plenty of detail and places to explore. The cut scenes are a bit stiff looking in comparison (using pre-rendered animation), but that is just a minor complaint.  As for the audio, you’ll find that when exploring and waging war on the battlefield you are treated to some really nice musical scores. It fits perfectly and never gets boring or repetitive. My only gripe is the speech during cut-scenes – I find it way too quiet, to the point where I had to turn up my speakers to hear what is being said, and then it suddenly gets very loud when the gameplay resumes. A minor annoyance, but not a deal-breaker by any means.

After the guns have fallen silent and the last unit has returned back to base, I have to say that Grey Goo is a solid RTS. Anyone who is a fan of this type of game will surely enjoy this, and the online play and DLC components it makes it even better. This game made me happy to see that a new RTS can still surprise and delight me to this degree, and fans of the genre and general gamers alike will no doubt enjoy this game too. 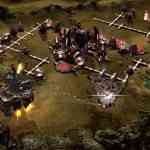 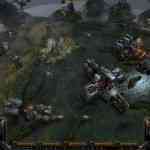 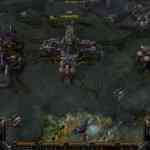 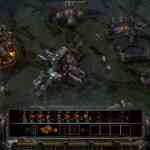 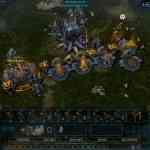 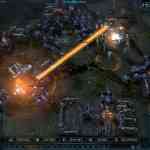 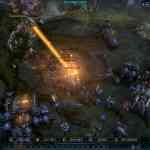 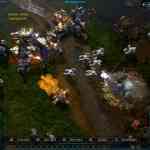 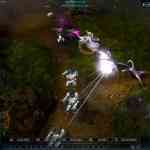 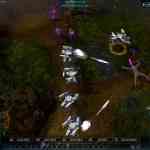 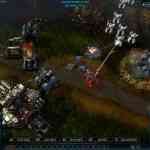 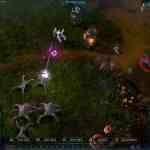