Forza Horizon 3 Review – Hands Down The Best Racer of 2016

You are “the boss” who must complete events at the Horizon festival with the goal of expanding the event to epic proportions. You’ll get to select an avatar from a limited selection of characters and pick your name which in game characters will use, adding a nice personal touch. Accompanying you this time around is your Aussie mechanic, Warren, and your assistant, Keira. As you complete events, Keira will keep you appraised of the festival, let you know when a location can be opened or expanded, or when a Showcase event is available. Returning from Horizon 2 is Anna, your on-board navigation system, who is fully integrated with Kinect (remember that under-utilized accessory?).

“It takes everything we enjoy about the Forza Horizon franchise and adds just enough to keep it fresh.”

Forza Horizon 3’s gameplay does not deviate much from the previous games. You participate in a large variety of events, where your performance will determine how much CR (money), XP (experience), and Fans you earn. CR (money) allow you to purchase new vehicles (over 350 are available!). Fans, new to the Horizon franchise, and a very welcome addition. In Horizon 2, you needed to complete championships to unlock new locations – in Horizon 3, you just need to earn a specific number of fans to expand and unlock new areas. You’ll earn fans for every event you complete, even if you don’t win. I won’t spoil all the festival locations here, but I will say my favourite area was the Outback area – in part because bouncing around that desert brought back fond memories of the game “Smuggler’s Run”.

Along the way, you’ll also unlock Showcase Events (five in total). I’m not spoiling those for you here but I will say they’re an absolute blast and worth the surprise. Events come in a number of varieties which include circuit races (where you’ll race laps along a pre-determined course), sprints (where you must get from point A to point B, but must go through checkpoints), and the brand new Street Races (which have a bit of a “Need for Speed” (2015) feel to them). Returning to Horizon 3 are Bucket List challenges, which are a collection of vehicle specific challenges – a nice break from competitive racing. Bucket List number 13 was one of the stand-outs for me, as it felt like a scene ripped from the classic “Evil Dead” movies. I should note that Horizon 3 froze twice during my time with it – an inconvenience, but the game saves automatically and often, so nothing was really lost besides some of my time. 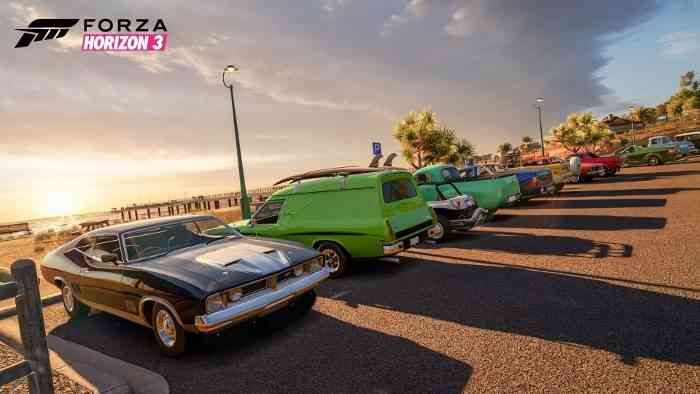 Forza Horizon 3 brings back the same seamless multiplayer content from Horizon 2, such as 12 player races. Also returning are Clubs, which give gamers the opportunity to compete directly with those within their club (as opposed to everyone in the world). We at COGconnected have our own club that you are welcome to join – just search for COGconnected and let’s race! Additionally, Horizon 3 expanded it’s online multiplayer with a branch new four player co-op campaign. The co-op campaign is separate from your single player campaign, but within the same world, so you can enjoy both with the same driver. The entire multiplayer component works with Xbox Play Anywhere cross-play, so Xbox One and PC users can race together. One missed opportunity is the lack of any split-screen mode. I understand there might be some hardware limitations, due to the size of the open world, but it’s still a disappointment.

“Gorgeous is the best way to describe Forza Horizon 3.”

Gorgeous is the best way to describe Forza Horizon 3. It’s safe to say that it is the best looking open-world racing game ever. The developers claim the open-world is twice the size of it’s predecessor and it sure seems like it. Australia is beautifully represented and includes it’s best sight-seeing opportunities. I may as well cross “Australia” off my personal places-to-go bucket list since it’s like I’ve already been there. Then there are the cars – they’re incredible to look at and include so much detail. It was nice to see some of my favourites such as the Aston Martin DB5 (1964) and Jaguar XJ220 (1993). Unfortunately, Forza Horizon 3 does not include the Volkswagen brand. My hopes of racing my first car, a 1992 Volkswagen Jetta Turbo Diesel, have once again been dashed. There is one bizarre visual issue that is worth mentioning – some cars in the distance often have very disproportionately bright head lights/tail lights and can be pretty distracting – likely a glitch, and hopefully it’ll be patched.

The voice work in Horizon 3 is well done. Your mechanic, Warren, will pop in the occasional joke from time to time. Case in point, one of Horizon 3’s new features is the ability to choose your own license plate. Try putting a little profanity on that license plate and Warren will crack a joke about it (just don’t tell your parents that I told you to try that…). As usual, the soundtrack is great, with a diverse collection of stations all hosted by their own unique DJ. One huge missed opportunity is the lack of an Australian radio station which could have featured Australian artists like Gotye, Midnight Oil, Kylie Minogue, Wolfmother, Savage Garden and, of course, Men at Work (“Do you come from a land down under?”). One neat new feature added is the “Skill Song” which each radio station will play on occasion. During a Skill Song, any skills points earned will be doubled (skill points will allow you to unlock Perks, which give you various benefits like increased XP for certain skills). The developers have also integrated Microsoft’s Groove Music station which allows you to stream your own curated list of music. Groove Music does require a subscription, but you’ll get a 14 day trial to see if it’s worth the extra expense. 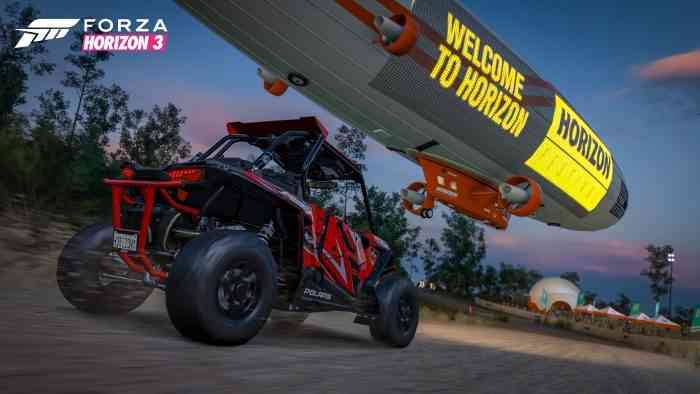 In many ways, Forza Horizon 3 is the perfect sequel – it adds enough content to stay fresh, while retaining all the hallmarks that made the previous games so awesome. Using Australia as the back drop was an awesome idea. While the game has a couple missed opportunities, such as the lack of Volkswagen license and lack of split-screen multiplayer. The highlights of Horizon 3 include gorgeous visuals, great soundtrack, extensive amount of events, awesome selection of online multiplayer, huge roster of cars and massive open world. Playground Games and Turn 10 Studios have a winning formula with the Horizon franchise, and Horizon 3 continues that tradition. I’m excited to see what’s next over the Horizon. 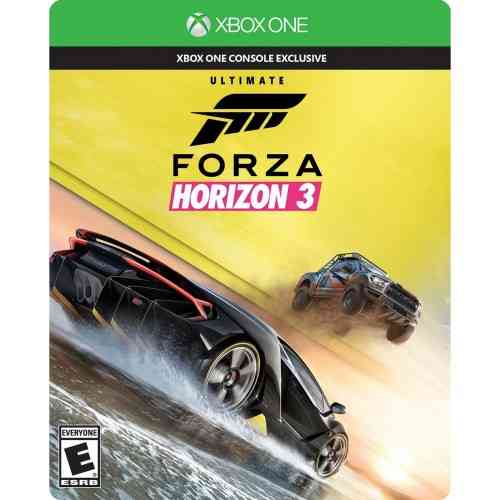