Canadian developer Clapfoot, responsible for mobile titles like Hero Forge and Tank Hero, have set their sights to the console space with their 1950s sci-fi base defense shooter Fortified. It tells a wacky story of a Martian invasion on Earth with players taking control as one of four heroes including: Captain – a military leader -, Rocket Scientist – a fast moving explosives expert -, Agent – a spy equipped with a deadly arsenal -, and my personal favorite, Spaceman – a space cowboy with the ability to manipulate Martians. Fortified is fun to play but leaves much to be desired, although it has a lot of potential to grow on the mechanics and features involved and turn into a solid strategy shooter.

Each of the aforementioned characters have heroic powers activated by a meter that automatically fills up after each kill. From Rocket Scientist’s jet pack to Spaceman’s invulnerable freezing bubble, these heroic powers sound cool, but don’t really affect the outcome of the proceedings. If you are getting dominated by the Martian air and ground units, your heroic powers won’t turn the tides and consequently, I rarely used them. The Martians spawn in specified areas on the linear maps initially starting with one spawn point and eventually growing as the levels get more complex. The aim of the missions is to protect the rocket ship at home base, indicated by a health marker. Martians will spawn and go to one of your ships, as you blast them away with an array of weapons and structures. Structures can be placed in the path of enemies on the ground or on walls, to prevent them for reaching your rocket ship. You can place an anti-air cannon unit to stop pesky UFO’s flying overhead, suck ground units into a magnetic field and blast them away with a single shotgun shell, or drop ‘overwatch’ soldiers – either stationed or roaming free with the press of the d-pad – which is vital to victory.

“Fortified is compelling enough to get through, in its simple but gratifying gameplay, but it doesn’t offer enough to pull me in.”

You can also upgrade any weapon or structure in the Armory by spending a skill point gained by levelling up. Your platoon can be upgraded to deal increased damage when near other soldiers, the weapons can be equipped with incendiary rounds, and the effective range of structures can be increased, among other things. My strategy was to stay put with my double-barrel shotgun and place infantry and anti-air units near the spawns while protecting the base myself. The game adds an interesting level of strategy in its reloading as it takes quite a while to pull off. I found out quickly that I was losing too much base strength by killing one enemy at a time, and finally decided to line up my shots to take out 3 or 4 minions at the same time with one shot. The core gameplay has floaty jumping controls and tight shooting controls, as I sprinted from one end of the map to the other desperately defending the objective. The problem comes when I try to use the radar but am continuously confused as to where my location is relative to the spawn points. I had to use the rocket ship base as a reference point, and even then it took me a second or two early on, when I didn’t know the layout of the map, to get my bearings and rush to destroy the Martians. 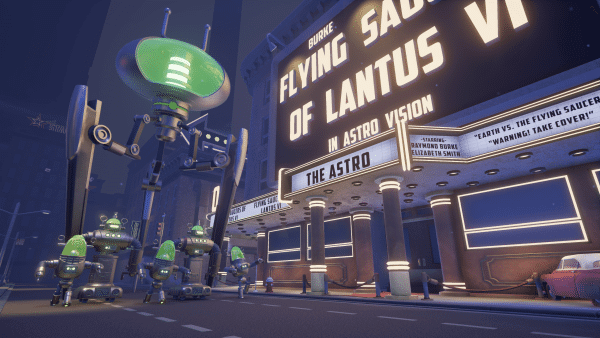 All this can be done with other players in the co-op or online modes. The game seems to be built with this in mind, as players can play off each other’s strengths and weaknesses while defending different bases and throwing down a plethora of structures. It turns especially wacky when both soldiers and teammates band together to fight the Martian invaders in a slew of colorful explosions. And speaking of the color explosions, the game comes wrapped in a Team Fortress-like art style with burning enemies and cool character designs really standing out. The musical score, consisting of grand Cold War themes, is mostly just background noise but it gets the job done.

Fortified is compelling enough to get through, in its simple but gratifying gameplay, but it doesn’t offer enough to pull me in. More content, some high quality cut-scenes with an interesting plot, and additions to already existing mechanics and features would turn the game into what it has the potential to be. A grander and more ambitious version of Fortified is what I am looking for, not what is currently on offer. 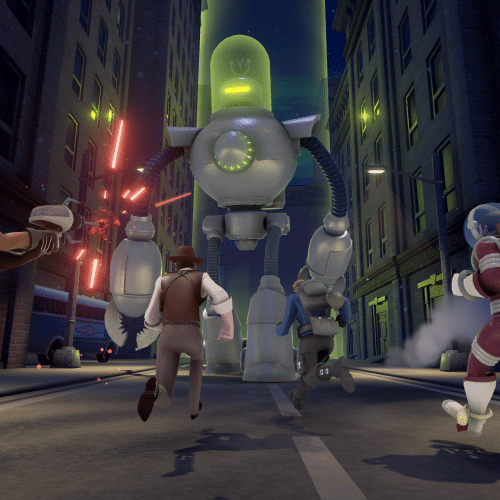 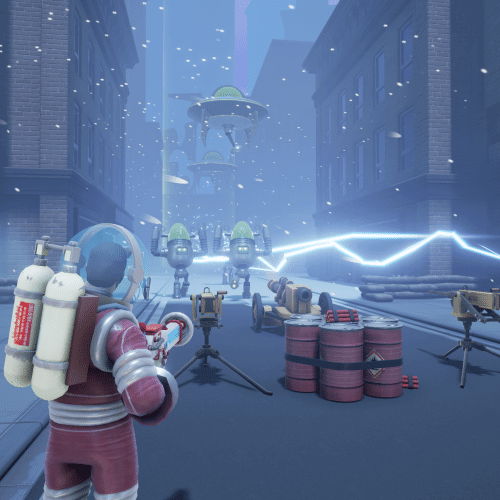 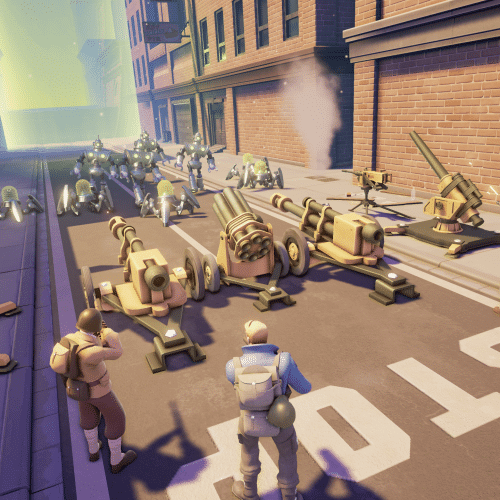 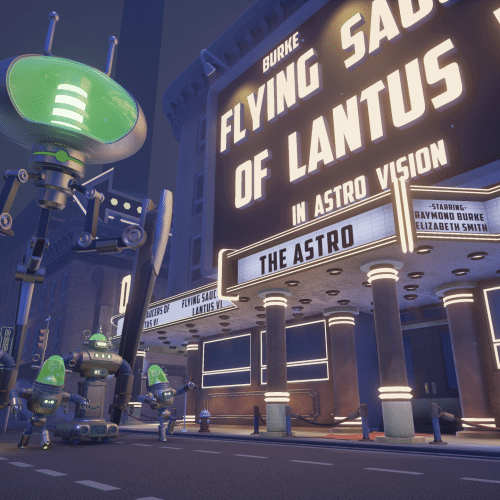 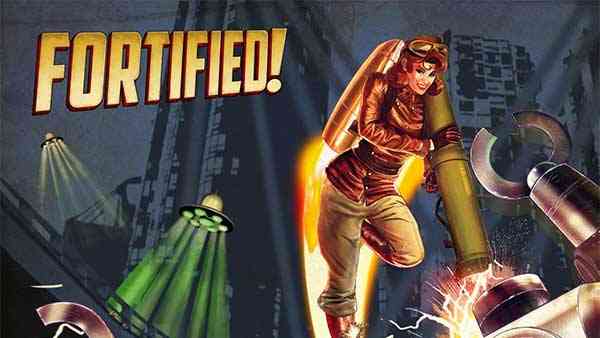