It turns out the prehistoric “quest for fire” is a little more complicated than you might think. In the opening scene of Fire, the main character falls asleep when he’s supposed to be guarding a fire in the centre of his village. He awakes to find it extinguished and is subsequently banished by the village leader. After eating an apple with presumably magical (or at least mind-altering) powers he is given a quest by a talking tree to rescue a number of small insect-like faerie creatures and, most importantly, get the village’s fire back. Said quest involves, among other things, learning to control the rain, feeding bananas to space-faring monkeys, turning into a bear, and adjusting the rhythms of beat-boxing shrubbery.

Each of the ten levels in the game consists of objects, creatures, and scenery which can be interacted with to produce various effects. The goal of each level, as per the tree’s instructions, is to rescue the aforementioned magical bugs, who then warp you to the next level. Actually accomplishing this involves messing around in each level until you randomly free the bug. This is not a particularly logical adventure game, as the puzzles are quite nonsensical. What are you supposed to do with this bone? Obviously, throw it at an apple. 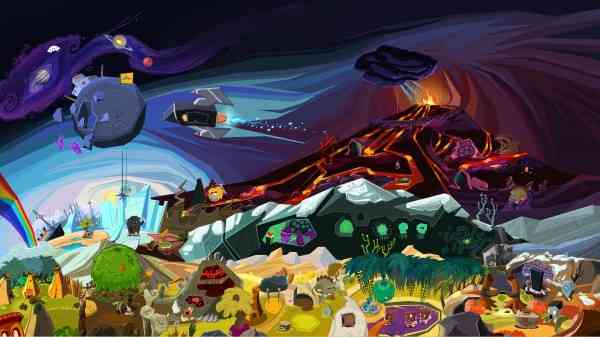 “Your quest involves, among other things, learning to control the rain, feeding bananas to space-faring monkeys, turning into a bear, and adjusting the rhythms of beat-boxing shrubbery.”

Despite frequent non sequiturs, the levels are internally consistent and make a fair amount of sense after enough clicking. As expected with an adventure game, once you build up the “vocabulary” of each level and discern what you can interact with and what happens when you do various things it’s simply a matter of combining each effect in the correct order. Most levels have only a handful of objects (and you can only hold one at a time) and everything that you’re able to click on can be highlighted with the press of a key, so overall complexity is pretty low. There are some stumper moments, but they’re more to do with not being on the same wavelength as the designer when it comes to random object combinations (like sticking a bug in a dead dinosaur’s nose).

To some extent this experimentation creates the feeling of discovering the way the world works for the first time, as one might romantically imagine a caveman doing. There’s even a little payoff for it in the last level, which requires you to combine solutions of several previous puzzles. But at the end of the day the puzzles are all so wacky that you’re still just mashing things together until something happens. Having played a lot of other adventure games helps move things along, and I completed the game in a little over two hours with some fumbling here and there. 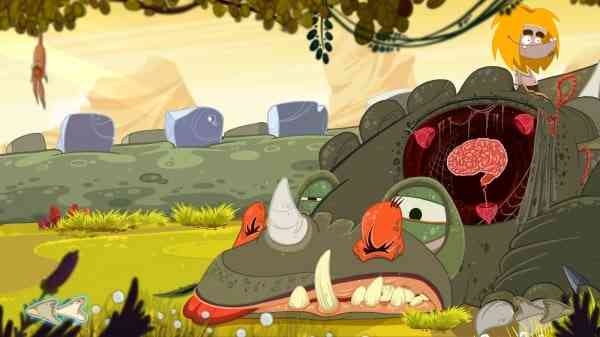 “Your mileage may vary on the game’s humor (there are more than a few fart jokes), but for the most part it strikes a good balance between clever and silly.”

Atmosphere is the game’s strong suit. Though I was not overly enamored with the character design, the levels themselves and all of the objects in them are quite intricate and interesting to look at. The style is a sort of psychedelic oil painting crossed with vector graphics and hand drawn flourishes. It works well and it helps the game maintain its whimsical humor. Aside from a few random screens involving matching spinning shapes and playing a rudimentary version of Space Invaders, the game is fairly enjoyable while it lasts.

Your mileage may vary on the game’s humor (there are more than a few fart jokes and there’s a particularly strange level that involves bringing a tied-up woman to a fellow caveman who then carries her off), but for the most part it strikes a good balance between clever and silly. The main character, for his part, is affably clueless about what you’re making him do and bursts out laughing at a few points.

Serious adventure game fans will probably be disappointed with the shallow puzzle design and the game’s short length, but someone looking for a light-hearted romp through a wacky prehistory will find something to like in Fire.

*** Reviewed with a code supplied by the publisher *** 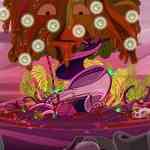 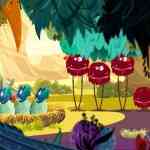 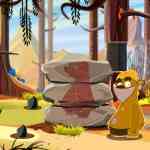 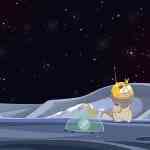 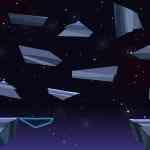 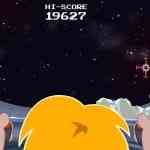 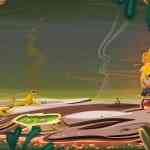 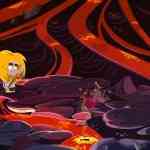 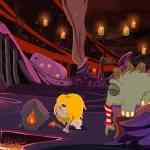 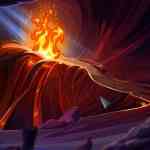