Let’s get one thing straight right now: Objectivity will be nearly impossible here. I have a history with Final Fantasy VII that spans multiple decades. The original game changed how I looked at games, in general, for my whole life going forward. These characters, this story, and this world are permanently embedded in the marrow of my bones. The opening cut-scene had me reaching for tissues in seconds. I was a crumpled ball of feelings, I was hooked, I was enthralled. The best I can do is to measure this game beside other Final Fantasy titles. Even other RPGs feel like they’re from different planets. In spite of all this, let’s talk about Final Fantasy VII: Remake.

This is a tale of eco terrorists taking matters into their own hands. It’s about identity, memory, and agency. It’s even about love, in a long-legged, roundabout sort of way. You start out as Cloud Strife, Soldier, First Class. Like so much that’s thrown at you in the beginning, this will be important later. You participate in a routine mission that goes slightly pear-shaped, a trend that will continue going forward. For this first mission, the Remake story mirrors the original, more or less. But from then on, every beat is so much more detailed. All of this is familiar, but still new? Every casual expository line is now given full-throated life. New side characters crawl, blinking and yawning, from fertile soil. People like Jessie, Biggs, and Wedge feel like real people with organic motivations. Neighborhoods go from a static background to a sprawling mess of streets and alleys. Strangers whisper and gossip about their hopes, their deepest fears. Midgar is a real city, now more than ever.

Also, the people in that real city? They are all rendered in loving, gorgeous detail. Tifa and Aerith inspire genuine heartache, you can count the hairs on Barrett’s chest, and Cloud’s inability to emote is more jarring than ever. So much face, and that’s what you do with it? I haven’t formed such strong parasocial bonds with game characters since I was 14. All of this praise, mind you, is being heaped on the basic PS4 version of the game. I imagine the Pro glow-up is even prettier, somehow. Every character is this pretty, from your party members to anyone you exchange even one line of dialogue with. Only the non-responsive NPCs milling around the city slip down to like, a 7 out of 10. And don’t let this lavish gibbering distract from the rest of the game. The whole city is crazy beautiful. Wall Market made me want to go there for my next night out, whenever that is. Never mind that it doesn’t exist. But how does it play, you ask?

The action oscillates nicely between satisfaction and struggle. Each individual move feels excellent, yet you’re in some real trouble if you don’t choose them wisely. There’s a sharp shift in play-style between the characters as well. While Cloud is all close-quarters strikes, someone like Aerith requires more finesse. I spent a lot of time getting smoked, re-configuring my materia, tweaking my equipment, and charging back in. Eventually, every area reveals its own internal rhythms, and your movement through the stages gets more fluid. I never got totally stuck, though I came close more than once. Make no mistake, there’s a lot of hard-fought ground to cover here.

One element of the Remake is the new dungeons. For someone intimately familiar with the original game, many sections came with nasty, dungeon-shaped surprises. I would get through a cut-scene, expecting to be done, when a whole stage would reveal itself. Most times it made sense, though some sections felt almost cruel in their new dimensions. Here is one more place where my bias looms large. Knowing the story as I do, was I feeling impatient to get to it, or was there actual bloat occurring? For what it’s worth, actual dissatisfaction towards the dungeon size and frequency was proper rare. Mostly I was starving for more plot, and more progress. On the other hand, if you’re worried the Remake will be light on content, worry not. Beyond the fleshy main quest-line, there are plenty of side missions to soak up in between your more serious missions. Plus the Wall Market mini-games, all of which are wholly intact and just as weird as you remember them being.

Every Step A Staggering One

For all my exultant recitals, Remake isn’t fully perfect. If you’ve cultivated any grievances about modern Final Fantasy games, they likely still have a home here. The dungeons are still padded out with esoteric puzzles, the combat still fluctuates between simple and soul-crushing, and treasures still vanish forever beneath the plot’s relentless march forward. One new issue I grappled with a time or two was the AI players. They’re… fine, but don’t expect them to do anything complicated. I lost a fight or two expecting healing before I realized that wasn’t happening. Tifa will cast out a cure or two, but it’s nothing you can set your watch by. No, the bulk of the battle strategy must be planned and executed by you, in real time.

The original FF7 was also very good at kicking your ass, to be fair. The slowly-spiking toughness isn’t new, it just feels sharper in real-time combat. I never felt like my reflexes failing lost me any battles, either. Every resounding loss in the Remake comes down to bad decisions made in haste. Sometimes it takes a few tries to understand what those decisions are, but you always figure it out. The few truly hopeless battles weren’t tied to the plot, so I was able to cut and run if I really had no choice. For all my struggles, the combat is still truly satisfying. Every move feels great, the different party members complement each other beautifully, and there’s an endless depth of strategy to explore. The customization is extensive without feeling overwhelming, and your abilities all feel like they actually do something critical, when they’re used at the right time.

Decades In The Making

My version of Remake bursts with history, with glowing green nostalgia, through its every solid surface. There’s no way for me to see this game with anything like objectivity. Like Cloud, my past is crashing through to meet me, holding my limbs in a sort of ecstatic paralysis. I can’t play this game without the original seizing my heart in its ghostly hands. And yet, this is still an exemplary experience. On the scale of Final Fantasy games, Remake still soars. The story is laid out with an auteur’s obsessive eye, every scene plucking the heart strings. the battles are a breezy, yet bloody, affair that never goes stale. The graphics are ridiculous, turning every character into a model-beautiful specter sure to haunt your dreams. More than a steady grasp towards the platonic Final Fantasy ideal, this game achieves something unusual. Here then, is the Final Fantasy VII you remember, the shining vision of your youth, untouched by the decays of time. Wherever Square Enix goes from here, we can’t possibly get there soon enough. Miss out on Final Fantasy VII: Remake at your peril. 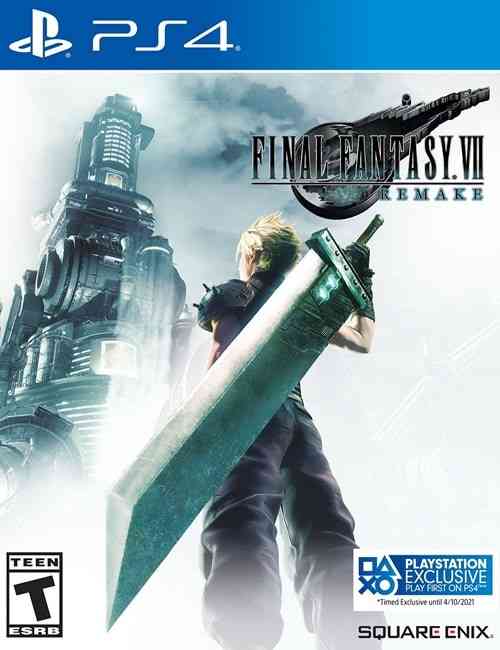