Farming Simulator 20 Switch Review – A Day In the Life

Till and Sow Until the Cows Come Home

Giants Software has continued their trend of bringing last year’s Farming Simulator up to speed for mobile devices, including the Nintendo Switch.  Regardless of whether or not you believe the Switch should be lumped into the same category as smartphones, you’ll be happy to know that Farming Simulator 20 on the Switch is a (to me at least) surprising success.  While it is held back by a few glaring issues, I thoroughly have been enjoying my time with this year’s Farming Simulator and would recommend it to anyone that’s got an itch for mobile agriculture.

Let’s get this out of the way initially – the game looks about as good on the Switch as you would expect.  Vehicles, livestock, land, all look entirely serviceable, and I was reasonably impressed with the quality of everything.  It’s the pop-in that kills me.  I shouldn’t just say the pop-in, because it’s also the pop-out that drives me insane.  Let me break it down for you.  As you harvest wheat, for example, your harvester will roll through the field, collecting the grain and then spitting the stalks and chaff out the backside of the machine.  After moving about 3 feet away from whatever is spit out of the machine, the entire asset will essentially “pop-out” of the game, turning into a blurry mess with no definition to it whatsoever.  I can’t stress enough that this is one of the most distracting things I’ve ever seen in a video game.  It was almost enough to make me quit, but eventually, I somewhat got used to it.

That Sweet Farming Simulator You Know and Love

Moving on to what you’re here for, the first thing to know about the gameplay is that if you’re a fan of the series, you’re going to be right at home.  There have been no radical changes to the formula or wild new ideas – this is still tilling, sowing, growing, and harvesting – but it’s just as rewarding as it’s ever been.  Taking care of expanding ownership of different fields, animals, and equipment is still immensely satisfying, and I was routinely kept awake past my bedtime by the urge to just do “one more harvest.”  I’m also a big fan of AI workers.  As long as you set them up correctly (not in the middle of one of your plots of land, for example), they’ll do perfect “set it and forget it” work for you every time, cutting down on the more monotonous parts of the game.

Away from the farm, you’ll find all the usuals of Farming Simulator to help grow (pun intended) your empire.  Shops will pay you depending on the size of the harvest you bring to them, and a catalog is available at any time to spend that hard-earned cash.  I did find early on that the default crops they start you with are barely enough to make a few grand off of, meaning the first handful of hours felt like they dragged a bit.  However, once I was able to purchase one or two new plots of land, a second tractor with a couple of other pieces of equipment for it, and some livestock, it always seemed like I was being rewarded with what I was doing and not burdened with a feeling of wasting my time. 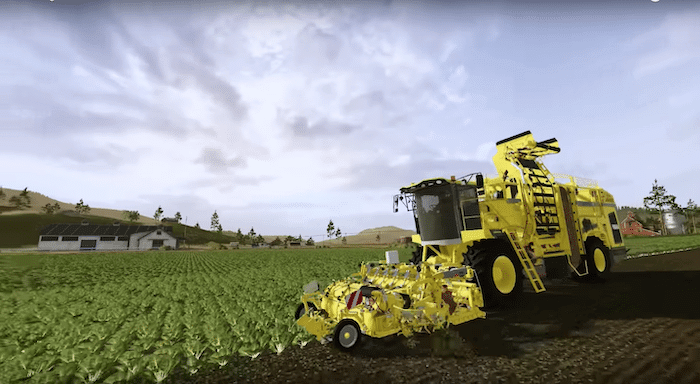 Ridding the feeling of wasting my days away was a critical moment for me in this game because they sure don’t do much to help out new players.  By no means am I an expert on Farming Simulator, but I felt utterly lost in the first couple of hours of the game.  The tutorial needs to be expanded upon for the next iteration, as what you’ll find here is a five-minute explanation that vaguely explains only the most essential aspects of the game.  The nuances are all buried in the menu’s help section, but so much of what I needed to be laid out early on had no attention paid to it.  Newcomers will be better off watching Youtube tutorials if they get stuck.

She Ain’t All Sunshine and Rainbows

Other than a poor tutorial and some monumental pop-in/pop-out issues, the other things that stood out were not being able to skip ahead through the night, and a severely outdated user interface.  Day-to-night transitions are nice and smooth, but I was always frustrated that I couldn’t skip forward through the nightly hours because it becomes so damn difficult to see.  Lights from your equipment work to illuminate the way somewhat, but nearly every single night shift turned into me setting every piece of machinery to autopilot and then walking away from my Switch for fifteen minutes. 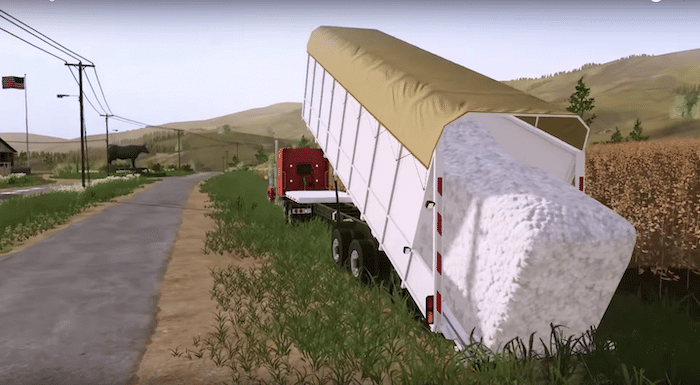 The UI feels like it’s been pulled from an early 2000s PC game.  Every menu, option, and tutorial message looks old and unappealing, and the interface you see during the actual gameplay is bland and less informative than it should be.  The map is also needlessly challenging to navigate, forcing the player to shift through tabs to find information that easily could be condensed to a single screen.  It would go a long way in making these games look new and vibrant to update the UI to include things like plot info, time of day, etc.

I did enjoy my time with Farming Simulator 20, but I’m concerned about the level of content to keep me invested down the line.  There’s not nearly as much equipment as you would find in the more fleshed out versions of Farming Simulator, but I think if you can get past the shortcomings of the hardware that Farming Simulator 20 was built to run on, you’ll enjoy your time with it too.  If you, of course, don’t care at all about being able to take your farms with you on the go, then I would opt for Farming Simulator 19 on a beefier system, but everyone else –  cock-a-doodle-do! 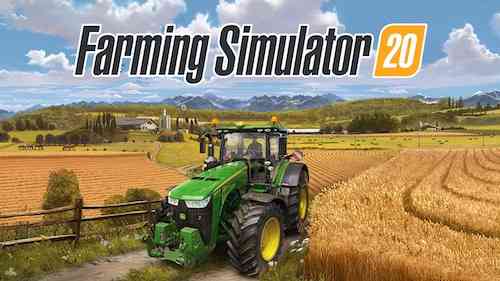