Fantasy Life Review – From a Paladin to a Tailor, You Can Do it All

Ask any one of my grade school teachers as I was growing up and they will tell you the same thing about me, “That kid always drew things during class! He never paid attention!” And it was true! I doodled. It was my calling card. My Batman villain name would be the Doodler. But it was something I truly enjoyed. I always had my head in the clouds…thinking up fantastic worlds of monsters and mischief. Kingdoms of sword and stone or magic and mystery. Of course I just let video games do that for me now. Some would have called me a nerd. But they would be wrong. I’m pretty much the coolest person I know.

To put it plainly, Fantasy Life for the 3DS is a wildly ambitious and incredibly addictive game. It takes all of the best parts of an action RPG and combines it with the whimsical fun and customization of Nintendo’s Animal Crossing. The game’s twelve different class types, or “Life styles” as they are referred to in game, give you a vast array of tasks to do and things to see. Each class pulls from different parts of the game, meaning that you could feasibly play it twelve different times and have a different experience in each one. Luckily, you can master each life style with only one character, so repetitive play isn’t necessary.

The core of any good RPG lays in its combat. When out adventuring in the wilderness simply press “A” to pull out your weapon and when you are done you can press “B” to put it away again. While your weapon is drawn both the “Y” and “X” buttons serve as your attack buttons, each with a different effect. Holding these buttons down will charge your attack making it more powerful. While combat is indeed a core mechanic of Fantasy Life, the entire game doesn’t hinge on it. Like was previously mentioned, Fantasy Life features twelve different character types. Some are obvious fighters, like the Mercenary or Hunter, while others lead a more calm life, such as the Fishermen or Blacksmith. While the latter can get by fighting monsters in the wild, specific life styles truly excel at it and can reap the rewards of battle. Occasionally you will encounter larger, tougher enemies. Though they can be difficult to defeat, they will drop a crate when slain that can be turned in as a bounty to earn you money. 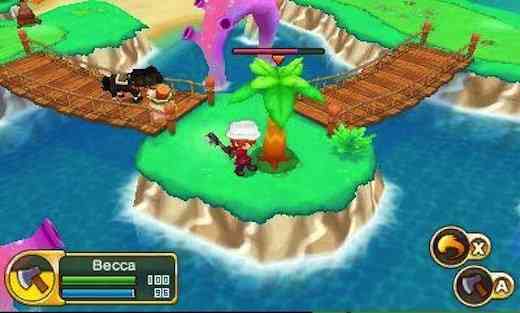 Another marker of the RPG genre is questing. Quests are all completely optional in Fantasy Life, though they offer you some hefty rewards! All quests are available to all character types, meaning that completing some seemingly simple quests may be impossible without the right skills. A tailor may find it impossible to cook up that mutton dish, but could possibly find a grasshopper in the wild! You can keep up to thirty active quests going at once, so it’s up to you to decide which quests you’d like to take up or keep for later. A second important aspect about quests in Fantasy Life is that they are broken up into three branches with three separate types of reward. Which leads me to the levelling system…

Classic experience is earned the same way you would in any other RPG. Killing monsters and completing quests will earn you this and level you up. Once you level up, you get two stat points which can be placed in one of six stats; Strength, Dexterity, Intelligence, Vitality, Luck and Focus. Certain stats are better for certain life styles, so doing your reading is important. For example, Strength is important for melee class like the Paladin, whereas Dexterity is the way to go for the ranged Hunter. Second is the Stars system. The Stars system works like a lifestyle specific set of challenges. Each completed challenge earns you stars and sets you on your way to becoming more accomplished in your chosen life. Each life style has a rank system. Each new life you try starts you off as a lowly rookie, but earning stars will grant you better titles and better revere amongst the town folk. Each new rank also grants you greater stat bonuses and new abilities to use in combat or in your trade. As challenges are completed, new ones will become harder and harder forcing you to advance through the story.  Lastly is Bliss. Bliss can be earned by hitting milestones or learning something new about your surroundings. Instead of combat rewards like experience or Stars, Bliss provides you with items of aesthetic or convenience. These include such things as bigger bags, a pet for your home, cheaper shopping prices, or a horse to ride around town. While it’s fair to say these things aren’t necessary for completing your adventure, they will certainly make your fantasy life much easier! 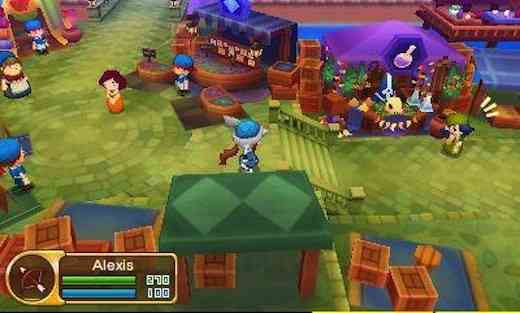 RPG elements aside, Fantasy Life offers plenty of other things to do by way of customization. Different jobs in the game obviously specialize in certain things. Notably speaking, you can create clothes and furniture to play with! There are a few different housing options you have in Fantasy Life too, and once you’ve chosen, you can get decorating! Not unlike Animal Crossing, you can obtain, place, and re-arrange furniture in your home to suite your mood. Chairs, cupboards, floors and wallpaper; it’s all there! Simply enter your home, select “home” on your touch screen, and scroll through your menu until you find the item you wish to display. After selection, you place the item using a grid that’s overlaid in your house. Each furnishing can be displayed in any direction you choose. I became a first class interior decorator I tell ya.

Fun fact time! Fantasy Life actually launched in Japan just about two years ago! That’s right. It came out on December 27th in 2012! This actually explains something that had been bothering me. The game, while far from ugly, definitely isn’t quite on the par, visually speaking, with games coming out now. Things look just a tiny bit blockier, and I get the occasional bit of lag. That said, the art style that the game offers holds up quite well and does a wonderful job of covering up any other visual short comings the game may hold. Fantasy Life offers a bold look that uses lots of primary colors to really emphasize that this is a fun world to live in. And of course the music is a catchy as the game looks good. Each tune has a certain level of whimsy to it, even the stuff meant to be more serious. If you listen closely you can hear all sorts of silly instruments in use; the biggest example of this being the kazoo. Additionally, each of the games many fanfares booms in a way that sounds like it’s just a few keys off. Just another hint that this is a game that’s supposed to feel silly from front to back.

Speaking as someone who initially had no intention of playing his title, I had a lot of fun. It’s easy to pick up and play for a little while without committing yourself, and it’s got the lighthearted charm of a game that doesn’t take itself too seriously. The game play is simple and varied with just enough hooks to keep you coming back. Fantasy Life is game that I wish more RPGs were. It echoes the freedoms of an MMO style game without the subscription fee, and does it all with a smile. Action, adventure, foraging, crafting, and a house for your cute…anime…chibi…something-or-other character, Fantasy Life has got it all. Time to get living!

Next PowerA Spectra Illuminated Controller Review – Perfect for the Kids, Not So Much For Serious Gamers
Previous NBA Live 15 Review – EA Sports Won’t Give Up But Maybe They Should