Though I’ve never been one to necessarily gravitate towards racing simulators, there’s no denying that on first glance F1 2019 looks fantastic. Drawn in with the hope that it can only be as good as it looked, and with Codemasters promising that this game is set to be the best we’ve seen from the entire franchise, I decided to take a ride and there is absolutely no doubt that this racer is one for the books.

You start off really wherever you want to, whether it’s with the all new and fictional F2 start to your career, the longstanding F1 career mode, or one of the simpler single race game modes. Believe me, it’s a very meaty game, with a lot to do, so there’s no wrong choice here. This is where you can really do whatever makes you happiest, though it’s definitely worth jumping into F2. Akin to the recently introduced Journey story mode in the Madden series, though not quite so story-heavy, you have a chance to take a journey through the 2018 season of F1 and impact your entire career before jumping into the regularly scheduled F1 racing the game is modeled and named after.

If you start here in F2 you’ll jump in as a racer of your making and be given a choice to either race down your nemesis Devon Butler and win the race or move aside to let your teammate Lukas Weber win. What makes this so interesting is that whichever one you choose, and the decisions you make throughout will not only impact the season, but your long term relationships in the industry and even your career overall. In addition to these choices you’ll have to make along the way, be prepared to have interviews with the press where, much like your choices during the race, your answers could have an effect on how the people around you react. And it’s not just your current teammates or your rivalries that can be strengthened or harmed, but also your chances on making it to the team you’ve been racing to become a part of. There are a variety of teams that all place different values on things like teamwork, and showmanship. The intensity that goes hand in hand with these choices adds a whole other level to the career mode and it’s a welcomed one.

Now if you want to skip the entirety of F2 there is the option to do just that and head straight to F1. If you know what to expect from this because you love racing, watch Formula1, or have played this series previously, you’ll have no problems diving straight in. If you’re a bit of a newbie to the genre and/or the F1 franchise, in particular, get ready for a challenge. Think of your entire F2 experience as a trial, or your rookie year in any sports game ever played. Without the practice or knowledge prior to playing the real deal, the previous F1 2018 season, it might be a bit more difficult. But again, this is all a matter of preference. I’m one that prefers a chance to start off in the shallow end instead of being tossed into the deep end whenever I’m given the option.

If you do prefer to take things a bit slower, or if you’re just looking for a casual experience, look no further than time trial which offers three different options to choose from: classic, F1 2019 or F2 2018 or Grand Prix where you get to create your own series of events. If you’re looking for something else to do that doesn’t require you to start a career or play online, there’s also a slew of championship options available. Here you’ll compete against Formula1 legends and take on career events without all the same pressure. These game modes offer a more laid back time with the game, with no less of the thrill. And the more you complete and the more points you earn, the more events you unlock to play.

And of course, if you’re looking to face off against some real competition, there’s also a variety of online multiplayer modes to spend hours and hours honing your skills and making everyone else feel bad about themselves. Complete with both a ranked and unranked online game mode, as well as new weekly events that take players around the world, and leagues to join or create, there’s a lot to sink your teeth into as far as the online component is concerned. Without a doubt, the variety of multiplayer options in F1 2019 is a huge selling point for the longevity of the experience and it’s hard to argue that it adds substantial replayability value to this racer.

Worth More Than the Slick New Rides?

Now where F1 2019 falters slightly is in its introduction of the Legends: Senna vs Prost mode where you get a chance to get in on the famous rivalry between these two champions. Despite the entire game being a hefty package, this game mode feels a bit scarce, as there are only eight challenges to complete. What’s worse is that you only need to beat three of these to earn the two cars on offer and there’s the option to play on easy! Considering this was a huge selling point for the latest title in the F1 franchise, the lack of any real challenge to earn the two amazing cars, the 1990 McLaren MP4/58 and the 1990 Ferrari F1-90, is pretty underwhelming. Because of this, the mode feels subpar to the rest of the game, despite being an included with the Legends Edition of the game, with little to no incentive to actually come back to it after you’ve earned the slick rides.

Though I’ve played quite a few different types of racing games, I’ve never quite encountered one where the ride is as smooth as it is here in F1 2019 once you’ve mastered the tight corners and gear shifts. Seriously, it’s like cutting through butter on a hot day. While it might take a while for newbies to pick up on all the intricacies regarding speed and the little moves required to overtake the other racers, the controls and the overall gameplay is quite easy to learn, even if you’re new to the genre or this series in particular. That said, be warned that it’s very likely go crashing into a wall once or twice along the way. The little intricacies within the game are a hardcore racing fan’s wildest dream because after all, who can argue that these are some sweet, sweet rides? 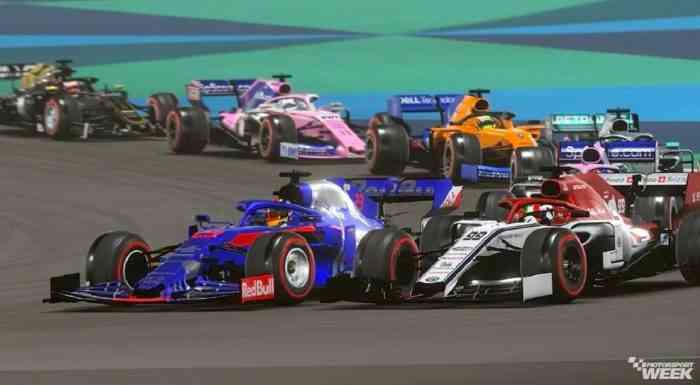 What Codemasters really nails, in addition to the refined controls, is how your rivals and the various AI are built. We’ve all played those games where the AI offer little more than taking up space on the tracks, whether in an arcade racer or a simulation one, but here they act a lot less like robots and a lot more like other players you might encounter online. They’re cutting you off, trying to push you off the track without actually colliding with you, in other words, offering up a real challenge. This in itself is a breath of fresh air.

Coming from the world of other sports games, like NHL and Madden, I had very little doubt that there would be a fairly hefty customization and color pallet available for both the driver and the cars. And that’s pretty much what Codemasters delivers here. That said, the driver customization isn’t totally up to snuff with the other big sports franchises, which is a bit disappointing. As far as changing up the colors and patterns on the vehicles however, you can get as crazy as you want. Hopefully, this is something that, fingers crossed, they could beef up and make even better next year!

Truly a Work of Art

What’s going to be hard to top however is the bar Codemasters has set in terms of how great the game looks. Never has a racing simulator looked so beautiful and so crisp. The lighting and weather system is something to be awe of as well because while both of these don’t necessarily seem like they would make or break a game, they absolutely make this racer shine. F1 2019 is a graphical masterpiece, full stop. And if you love the sound of falling rain on your windshield as much as you love gaming, buckle up. Just as every little pixel of the game is fine-tuned and a work or art, so too does the sound heighten every single noise within the game. Gearing up, hitting the gas, and racing over the wet concrete all sounds amazing. The crowd is loud, proud and colorful and even the commentators don’t feel as cringe-worthy as they sometimes are known to be. And that is almost worth a round of applause all on its own.

Codemasters continuously strives to make their F1 franchise even bigger and better than ever and with this year’s installation, it feels like a huge success. For all of the fans of the F1 series, both the video game version and that which you see on the TV, this is your game. For all the hardcore racing gamers who love to geek out over the various different cars, the realistic tracks, and put the pedal to the metal, this is your nirvana. Now if you’re anything like me, someone who doesn’t watch Formula1 or know a whole heck of a lot about cars, but just likes the humdrum of sexy ass vehicles, you’ll still have a ton of fun with F1 2019. If you’re completely new to the genre, you might find it a bit difficult at first, and it could even be a bit intimidating, but before you know it, you’ll be having just as much fun as the fanatics. Unequivocally the F1 series is at the top of its game, with this latest title leaving past 11 titles in a cloud of dust. 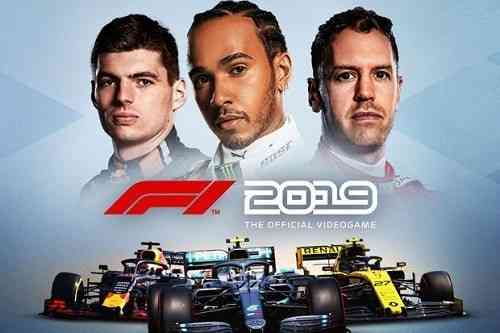