Codemasters has the licence to one of the most, if not the most, coveted racing series in the world – F1. They have held that licence for several years and it is one that throws a big spotlight on their games. F1 fans are passionate and with such passion comes a heightened degree of expectations. Against these expectations, Codemasters have had to deliver a game on an annual basis that cannot just meet the most zealous fan’s desires for the ultimate F1 racing game but must be accessible to the less hardcore, general players. If one goes into these games with that in mind, it is a good tempering exercise for expectations.

The pressure to deliver a new iteration of a game every year that incorporates all the latest technological changes that are introduced every year in F1 is a tough task. This year that goal was made doubly difficult with the new generation of video game consoles. New complexities can arise in delivering a game but the fixed delivery date remains immutable. The end result is something has to give and in this year’s edition, Codemasters scaled back on some of the features that fans have come to expect. If there sounds like a familiar scenario to you – thinking EA’s release of their NHL 2015 game here – then you are on the right track. How annoying or disappointing those missed features are, will vary from player to player. F1 2015 comes with a reduced suite of options but not to the same degree as other sport franchises.

When you take the game out for a spin and check out the technical side of things some things become rapidly apparent. For this year’s edition of the game, Codemasters decided that the only way to take advantage of the extra horsepower available with the PS4 and Xbox One was to start from scratch and use a new game engine. Whatever gripes players may have with the Codemasters’s F1 games there is no denying that graphically they have always done a very good job. The cars, tracks, and weather effects are all top notch and this iteration is a definite step up from the previous generation console versions. The car models are near photo realistic with both the exterior and interior models looking excellent. Tracks look very good too with details ranging from the track surface level to the surrounding environment be it natural items such as trees, grass etc to the manmade structures such as buildings or grand stand seating areas.

“In my experience, setting the game to Pro and using a joypad is an experience in frustration. You will need many hours of practice starting at amateur and slowly disabling driving aids before you can finally remove all the training wheels.”

So how do the cars handle? Well here is where I, personally, hit a major road bump. Not with just F1 2015 but any serious type of racing game. Without a force feedback (FFB) steering wheel a la, a Logitech G27 or the recently released G29-PS4 and G920-Xbox One friendly FFB; the experience with just a joypad is too far removed for me to say for sure. I have become too reliant on the immersive connection between what the car is doing on the screen and what the wheel is telling me. It’s something a joypad just cannot provide. Sure there is some rumbling if you stray off the track, run over a curb, or rub against other cars but there is none of that FFB subtlety you get when braking before entering a corner, waiting for that moment when you hit the apex and are then able to slam down on the accelerator to maximize your exit speed. With a joypad, it is much more a guessing game aided mostly by visual cues and to a lessor degree to audio cues.

To those of you joystick jockeys that managed to rip around the tracks leaving the pack behind to you and sail onto victory, I salute you. That is an impressive accomplishment but one that is too hollow and unenjoyable for me. So, salute!

The game allows the player the usual control on driving aids ranging from autoshifting, steering, braking, best line display around the course, traction control etc. The fewer aids you use the greater the difficulty level becomes and the higher your driving ranking becomes moving from amateur to pro. Newcomers to sim racing are well advised to start with all the aids on to not only get comfortable with how the car handles but to learn how to best drive the tracks. It also gives you a chance to become familiar with how the racing AI of the computer driven cars behave. 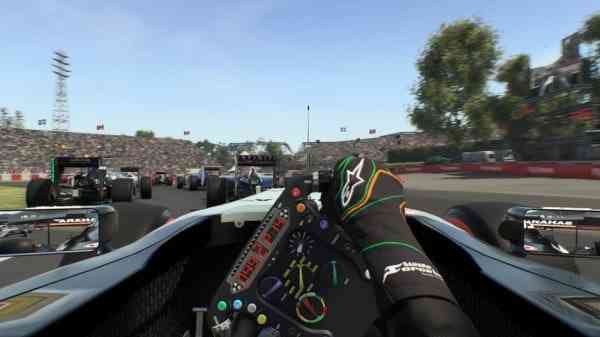 In my experience, setting the game to Pro and using a joypad is an experience in frustration. You will need many hours of practice starting at amateur and slowly disabling driving aids before you can finally remove all the training wheels.

Like many other sports franchise games that have made the leap to the latest generation of consoles, the features have been rolled back. Unfair or not, F1 2015 has to be judged against the previous iterations and it falls far short in that regard. The pinnacle of the series came with the 2013 version which was the only one to include historical content. That’s the version to get if you are looking for the game with the greatest content but bear in mind it may not be the best one in terms of handling.

F1 2015 comes with a Championship season mode where you can run the 2014 of 2015 season. Codemasters gets a little cheeky listing a Pro season mode as a separate option which is just the Championship mode with all the driving assists turned off. Missing is a Career Mode which allowed you drive through several seasons. Still included are Quick Races and a hot lapping Time Trial mode. There is an online mode too but finding players is one thing. Finding players that observe racing etiquette is another. This is true of sim racing on any platform and your best option is too seek out clubs and leagues where more dedicated and respectful online competitors can be found. 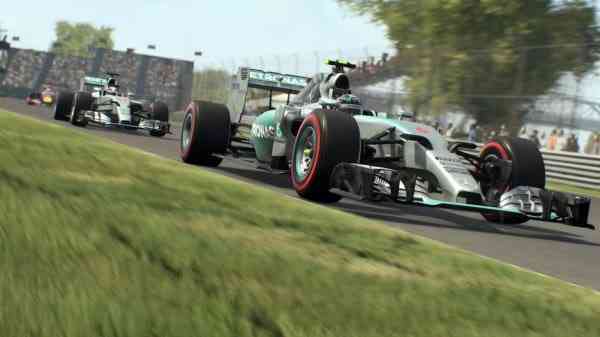 On the plus side of things with the stripped down content, there are no annoying in game generated emails or sublayers of menus to get through. This allows you to get out on the track quicker which is where you want to be. The game has never looked better and it handles better than previous iterations too.

So yeah, new platform equals franchise reboot that also includes new advances in the core of the game, which is what really matters. F1 2015 comes off as a peek of what is to come in the seasons ahead. 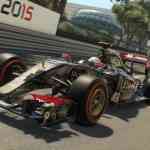 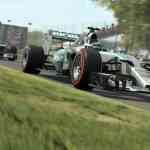 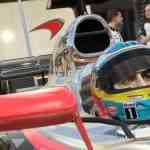 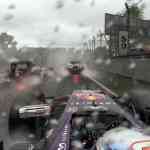 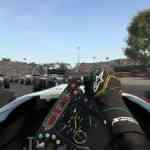 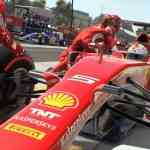 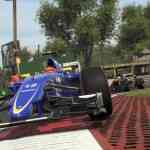 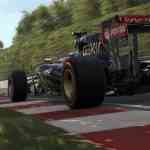