Endless Legend: Shadows Review – A Smattering of Stealth For This Nicely Priced Expansion

Endless Legend was released September of 2014. Another entry in the expanding canon that is Amplitude’s Endless universe, it was a 4X game (one of those micromanagement strategy titles like Civilization, demanding that players ‘eXplore, eXpand, eXploit, and eXterminate’). In terms of innovation, it was a fairly standard fantasy entry in the genre, aside from one key point: the factions played like separate games. The features unique to each stood out enough that victory conditions, resource management, and combat tactics differed wildly. Necrophage insectoid warmongers ate their own dead to fuel the unceasing war machine. Broken Lords eschewed the necessity of food for the ‘dust’ of creation, and Ardent Mages flogged themselves like a Davinci Code villain …for Science! There was a faction for most conceivable play methods at the time, and in terms of lore they were well matched and themed to their mechanics.

Shadows doesn’t only add a new system in entirety to the gameplay of Endless Legend, it adds a faction geared towards its implementation. The Forgotten are to espionage what Bruce Wayne is to being Batman. Which is to say, if you’re playing a game of Endless Legend against this faction, it’s fairly easy to determine who’s most likely to be killing off your resource spawning population. But it doesn’t tell you with any certainty, as these new espionage mechanics are not exclusive to the Forgotten; they’re just better at them. While any visible enemy city can be infiltrated by your faction’s available heroes, the faction units for the Forgotten are equipped with a ‘stealth’ trait, making them invisible to your enemies on world tiles.

“The Forgotten are to espionage what Bruce Wayne is to being Batman.”

Also included in this expansion is a pillaging system, for stealing resources and knocking out enemy buildings for a few turns. As well as several new items to attach to heroes, suited towards the implemented mechanics. All in all, Shadows adds just enough not to swamp players in a game genre already toting too much depth to pick up in a couple of days of play. Though, room for improvement exists for documentation regarding several mechanics and factions. For instance, there’s no explanation for how stealth works, at this time; aside from world tile invisibility. Yet, if a stealth unit, by chance lands next to an enemy unit, they will be seen. And if that enemy unit is a computer controlled, your stealthed unit will most certainly be chased. Espionage, however, has great coverage in the way of the Forgotten main quest line.

The story for the Forgotten main quest, like the new character models, seem to evoke fantasy pirate stories as much as they do traditional espionage. Betrayals, torture, revenge, and pillaging are in full swing here. All that’s lacking, is the absence of anything to do on the water aside from sail from shore to shore. But, given the depth of the game already, a naval mechanic may be better left to a later installment or expansion. 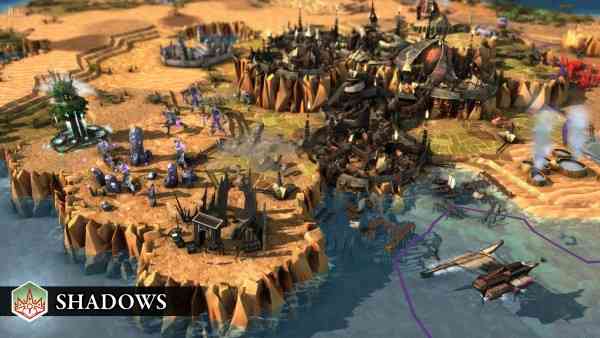 Placed alongside Endless Legend’s previous expansion, ‘Guardians’, Shadows is similarly priced and has a lot more to offer in the way of content. How that content is introduced to the player could use some work, but the amount given is neither too much nor too little. 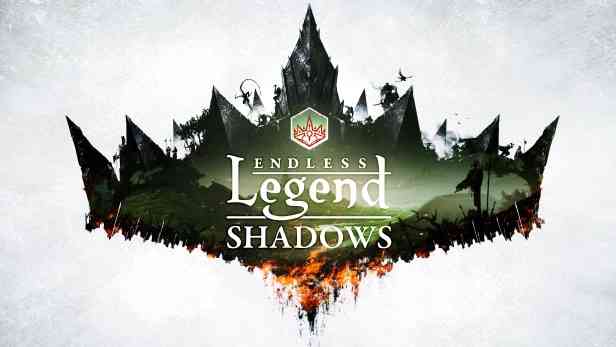