Embers of Mirrim is a game that is trying very hard to stand out. From its bewildering opening moments, you get the sense that Creative Bytes Studios wanted to do something different when they were putting this title together. Embers opens with two races of cat-like creatures – one with light fur, the other with dark – approaching a pedestal where they receive a warning about an alien corruption that will soon be crashing down on them, literally. Each race is imbued with spiritual energy called “embers”, and after a brief tutorial where you play as Mir, of the light race, and Rim, of the dark, learning the power of their embers, the two creatures are fused into one powerful entity, Mirrim, tasked cleansing the corruption that is taking over the land.

A lot of the above description is my interpretation of the story since there’s no dialogue or exact explanation given throughout the entire three-to-five hour game. The core of the experience involves clearing linear platforming levels using your light and dark embers. These are activated by holding down R2, and each ember is manipulated independently using the left and right control sticks. The embers dwindle after a few seconds, so you’ll need to act quickly in order to activate switches and launchers along your path, or to move through areas that can only be accessed in ember form.

“For a game with so many creative mechanics and unique concepts, it’s unfortunate that Creative Bytes couldn’t get them to gel more cohesively.”

It’s a mechanic that challenges your muscle memory in ways that aren’t often seen in games despite controllers having two sticks for more than a decade. That deviation from the norm allows Embers some creative freedom when it comes to designing puzzles and platforming that center on simultaneously controlling two separate entities. You are often asked to move the light and dark embers through asymmetrical paths lined with “netting” that maintains your embers indefinitely. At other moments, you must propel yourself from one dark-ember launcher to a light-ember one, and vice versa, while being chased by a large worm-like creature.

However, for all of its innovation and ingenuity, Embers suffers from a lack of polish in every aspect, giving an almost meta-ness to the game’s narrative about duality. When the puzzles and chase sequences are pulled off smoothly, they feel incredibly rewarding. Those moments don’t come as often as perhaps they should, though, and in the latter half of the game, when you’re forced to move the embers in directions that are the total opposite of what’s been asked of you previously, it can become incredibly frustrating. I imagine people more inclined to controlling their hands independently, such as pianists or drummers, may have an easier time with this. But for me, certain moments in Embers brought me to a level of frustration that almost had me splitting the controller itself into two independent entities. 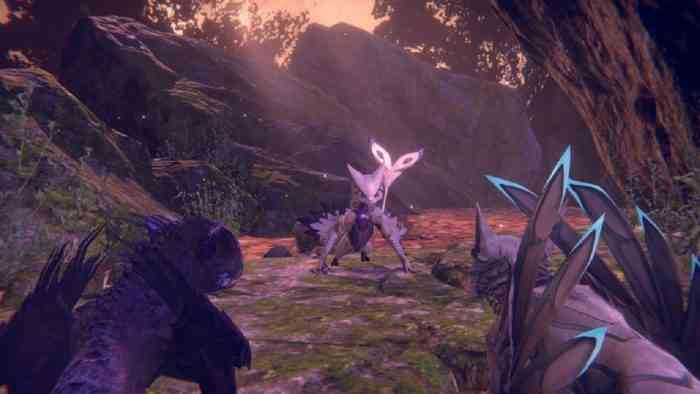 The game’s visuals could use some refinement as well. The world of Embers of Mirrim is primarily a lush verdant forest environment full of sun-bathed trees, snowy peaks, and beautiful waterfalls, and the game’s lighting is particularly good. The textures, on the other hand, are often garish and jarring, taking away some of the majesty and wonder that Creative Bytes is clearly trying to evoke.

“When the puzzles and chase sequences are pulled off smoothly, they feel incredibly rewarding.”

The game’s physics also often clashes with the tone set by its admittedly on-point and well-orchestrated score. For example, the audio in the game’s first few minute suggests a calm stroll through the wilderness, which is betrayed by the fact that Mirrim can only move by running at full speed at all times. The platforming also gets finicky during the chase sequences, as the game moves into a 2.5D perspective, making it hard to judge the distance between platforms that you’re forced to jump to at a rapid pace.

For a game with so many creative mechanics and unique concepts, it’s unfortunate that Creative Bytes couldn’t get them to gel more cohesively. In those moments, when these disparate elements are at odds with each other, Embers of Mirrim can feel like a bit of a chore. But when it works, Embers is a delight to play, even if it never becomes more than the sum of its parts. 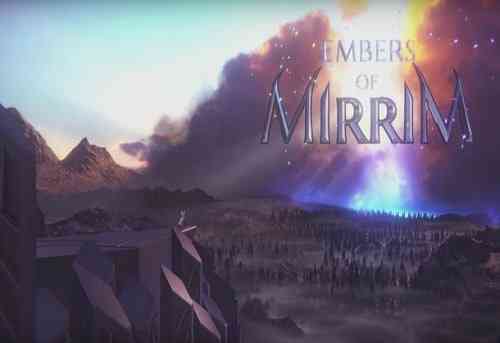