Egglia: Legend of the Redcap Review – An Eggstravagant Adventure

Egglia: Legend of the Redcap Review

I’ve never been a fan of mobile games because more often than not, they’ll break your heart. Many of them will take a beloved IP and turn it into a money sponge, leaving you rolling your eyes. However, I was pleasantly surprised whenever Egglia: Legend of the Redcap was placed in front of me, what with it being a universe I’ve never heard of and a game with an actual price tag attached to it. In a mobile market saturated with freemium this-and-thats, Egglia is a premium product that easily earns its $10.00 price tag. Here’s why.

Egglia puts you into the shoes of a Redcap that’s mysteriously appeared in the Kingdom of Egglia, a place that many would say you don’t belong. But it’s up to you, the player, to show that you’re worth having around in this new place, and you do that by kicking butt, making friends, and building a village that many will come to call home. For those of you wondering if I’m still talking about a mobile game without IAP—I promise you, I am.

The things I just mentioned are the core tenants of Egglia’s gameplay: fight baddies, make alliances, strengthen your village. It does two of these things very well, the interactions and the town management, but combat is where Egglia can get pretty monotonous, and even boring. Combat is turn-based. It’s like Mario Party meets Final Fantasy because a roll of the dice will decide how far you can move during your turn and you’ll delve out damage through the allies that travel by your side.

“In a mobile market saturated with freemium this-and-thats, Egglia is a premium product that easily earns its $10.00 price tag”

On any given map, you’ll find a handful of enemies that stand between you and the exit point, as well as a number of resources and treasures that can be claimed during your trek across the play area. These enemies you’ll come to know well, as the different types of creatures creeping through Egglia aren’t all that diverse. This is a big factor for the monotony of it all, but it’s just one aspect of the combat experience that wasn’t fleshed out as much as it could be. The system of rolling for moves and traveling across small, segmented levels is really to blame. The dice-roll makes things very stop-and-go and I found myself wishing for a speed-up option, especially as I progressed past the beginning areas.

Though, the biomes you explore, unraveled upon the world map by eggs that you crack open and letting the contents spill out, are incredibly diverse. You’ll always be doing the same thing, but at least it’s pretty to look at while you do it. This really comes down to the art direction, and the locales are just the tip of the vibrant, charming iceberg that is the kingdom of Egglia. 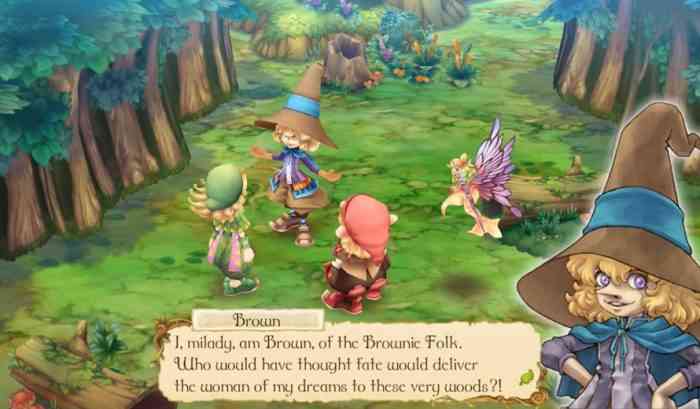 This art direction really makes a name for itself in the huge roster of characters that inhabit Egglia. Maybe this is why the creature types are so few in number, because I can only imagine how much resources had to be devoted to giving each of these characters their own individual charm. There are over 60 characters that can be recruited to come live in your village and, for the most part, each of them has something unique that makes them worthwhile—a character worth learning more about.

This is also why the recruitment and town management aspect is so dang enjoyable. What starts out as a way to break up the action of combat actually becomes the thing worth playing the game for. You’ll watch as your sleepy hamlet turns into a thriving village as you go out and make alliances in this turbulent world. Near the end of my playthrough, I was forcing my way through the combat just so I could see who would crop up next and become my town’s newest resident. 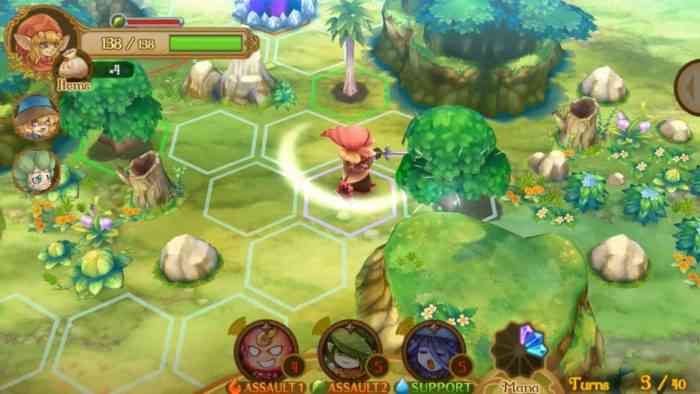 There are some useless elements to the town management aspects of Egglia, but they might be enjoyable for some. For example, though this a premium product, meaning you shelled out the money to enjoy it, there are still extensive wait times and cooldowns for certain resources and crafting. If this were a freemium game, this would be the point where they’d ask for your credit card information so you can skip the timers, but since you’ve already handed that info over, there’s really no point for these timers to exist.

There’s also the furnishing feature, which allows you to turn your little ramshackle home into a feng-shuied funhouse. It’s the little bit of Animal Crossing that some people may love, but it felt a little gimmicky to me, especially since most of your time in the game will be spent in the village itself, and never inside the confines of your home. I would have gladly had this feature removed so that more focus could have been given to the combat that takes up so much of the player’s actual time.

“Though combat could have gotten a second layer of paint, all-in-all, this is an unrivaled mobile experience.”

But the time I devoted to Eggliaover 30 hours at this point—was gladly spent, every second of it. Every time I booted up the game, I was looking forward to greeting the members of my growing village. Though combat could have gotten a second layer of paint, all-in-all, this is an unrivaled mobile experience. I’ve never seen such an in-depth RPG that’s not either a port from an old console or plagued with in-app purchases. If you’re looking for a timesink that’ll eat away at your free time and not your bank account, you’ve got to check out Egglia: Legend of the Redcap.

*** Mobile key provided by the publisher ***