Dying Light: The Bozak Horde Review – Not Quite The Hunger Games With Zombies We Hoped For

Dying Light, everyone’s favourite parkour zombie carnage-fest, brings some more DLC as you begin to leap, climb and slash your way through The Bozak Horde. Techland has been pretty cool about their game and the new DLC comes with a new video telling you all about it, what’s new and what rewards you get for playing it. While the Horde is definitely a big gameplay change from the rest of the game, I expected a little more from Techland this time around.

What this new DLC brings isn’t so much an add-on to the story, but more of like a zombie filled version of the Hunger Games. You are kidnapped by Bozak, the goalie mask wearing psychopath, who has a Saw-esque game planned for you. In Harran’s stadium, you must complete a series of increasingly difficult trials in order to fight your way to freedom. Each trial is timed and they each have objectives you have to fulfill before your time runs out and that pesky bomb attached to your ankle blows you to smithereens.

To keep it interesting, you have the option of calling in up to a crew of 4 in order to tackle these challenges but unlike the main game, it doesn’t make it much simpler. The trials really put you through the ringer as all of your skills are put to the test. They give you three deaths to advance as far as you can while putting your through increasingly frustrating trials. They do a really good job of putting you under pressure through each trial as well with Bozak’s ethereal voice constantly harassing you and a timer that is almost perpetually in the red. The timer also begins to beep with 20 seconds on it and the beeps increase the closer you get to zero. Many times that was the sole cause of me making some moronic panicked jump that cost me a life.

“This DLC includes timed trials with global leaderboards so you can compete with people from around the world. So it’s definitely not an afterthought or cheap add-on.”

One of the things I really liked about the way this DLC was designed is that it’s dramatically different than the rest of the game. Too often DLC is simply an afterthought or an add-on. This DLC includes timed trials with global leaderboards so you can compete with people from around the world. So it’s definitely not an afterthought or cheap add-on.

This being said, this DLC doesn’t fit cohesively into the narrative of the game. There wasn’t a mission where you go to the stadium and then, uh oh, you’ve been kidnapped by a psychopath and you have to play his crazy game. Instead, you simply fast travel there, wake up with a bomb on your ankle and start. On top of that, you can actually leave whenever you want. Yes, it wouldn’t make much sense to have a competition where you HAVE to finish the almost insanely difficult trials before you can do anything else, but it really would have been better if you could do a run through with an actual story attached to it before you decided to compete in the competition. 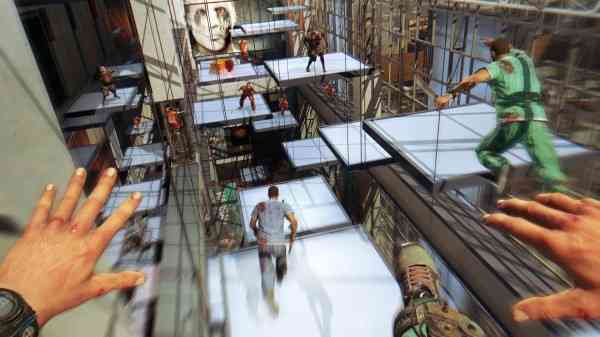 This isn’t a real drawback to the game since they do warn you in that nifty video I talked about earlier, but wow is this ever hard. Seeing as I don’t really know many people still playing Dying Light regularly (and a lot of my friends are in a different time zone) so putting a squad together was slightly difficult for me and doing these alone is crazy! The fact that I put myself through all this frustration for a bow… well, the bow actually seems worth it. It’s pretty awesome. But this is very difficult and you will die a lot. If you have a short temper when it comes to dying in games, like myself, you might want to put some mats up on your wall for when you throw your controller.

Overall, The Bozak Horde is a fine endeavour by Techland. Not going with the safe, bonus missions DLC again, they decided to branch out and give you a whole different way to experience Dying Light. Unfortunately, a new way to play isn’t always enough. The lack of storyline to it left me wanting more and the timed trials eventually became more of a ‘how well did I memorize each level’ instead of how skilled I was with a machete while performing intricate parkour. The prize is actually pretty cool as is the bragging rights of having defeated the trials of Bozak but it certainly lacked some depth. Techland have been pretty awesome about their add-ons and their appreciation to their fans, so I anxiously wait for whatever they bring out next. At least I’ll get to use my bow for that one!