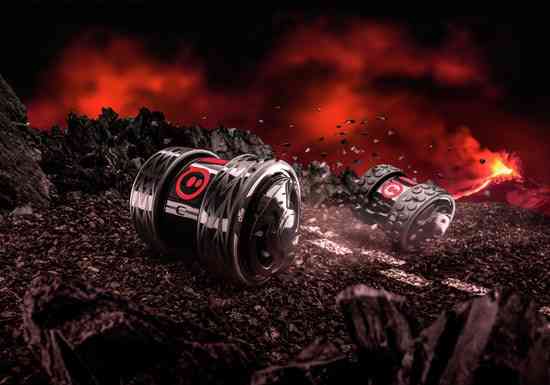 In the video game biz (as all the cool kids call it) every once in a while you are tossed a little curveball. Sometimes it’s reviewing a plushy doll that come with a hot mess of a video game (true story and no I am not giving you that link) and other times it’s odd looking robots you control with your phone. It doesn’t always fall within the scope of video games but it mixes things up, makes the work interesting and keeps me on my toes. And more importantly hopefully it something you find interesting as well.

Over the past week, I’ve been playing around with Sphero’s latest connected toy, the app-enabled robot called “Darkside”. While I enjoyed chasing and terrorizing my pug around the house with it, the $169.99 (MSRP, CND) is a little steep and learning to properly control this sucker remains a work in progress.

” Within seconds I had this thing screaming through the kitchen and smashing the kitchen table. It is definitely a speedy and resilient little bugger.”

This said there is no doubt being able to play with a robot on two wheels controlled by my iPhone was pretty cool. Aside from farting around with an app-enabled drone, I have yet to try anything quite like the Darkside Ollie. Sure I have played with many remote controlled cars when I was young but never something like this. As you can see in the screens below it’s a slick looking unit with a black outer shell with 2 big tires bookend with a couple of devilish hub caps. It also lights up in different colours which you can change up with the app. It has a sharp look, albeit a somewhat peculiar look about it.

To get it going was surprisingly easy. After you take the Darkside robot out the box and wake it up by plugging in the USB cord into your charging device, you are ready to install the Ollie app on your mobile device. Once it’s installed, all you do is hold your phone up to the robot. After the phone sync’s with Darkside, you are ready to burn some rubber, literally. Within seconds I had this thing screaming through the kitchen and smashing the kitchen table. It is definitely a speedy and resilient little bugger. The quick little tutorial was helpful, but I was essentially learning how to control Darkside on the fly and I wasn’t doing a good job of it. 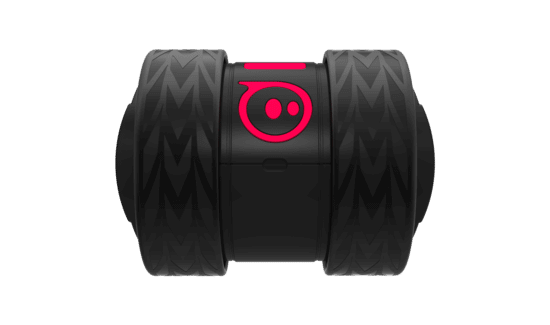 Getting accustomed to controlling Darkside with the Ollie app’s virtual control pad took some time, a lot of time. Getting Darkside to do what you want it to do is often frustrating. He’ll get stuck, turn the wrong direction and I was constantly wresting with the steering pad on the iPhone app. There is a help screen on the app but there is no other way to get a handle on it unless you ae following closely and learning by trial and error. To this day I am still learning.

It rolls at speeds of up to 14 mph according to Sphero and I would believe it considering how fast it goes. You can also do tricks with it too. You can spin, drift and even flip it. The app has a special trick screen where you do all that. It’s a lot of fun but does get old after a while. Ideally I see this as something I would play every few days or so, in 10-15 minute increments. 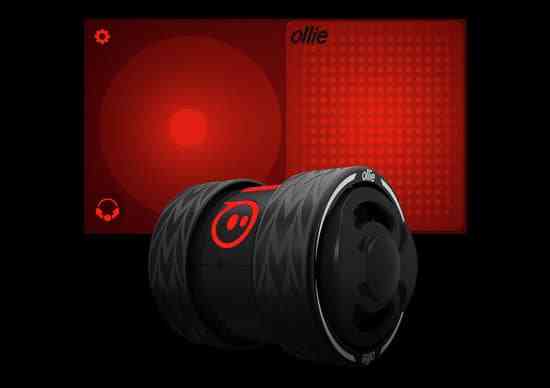 Darkside also comes equipped with an extra set of tires which are easy to replace. The same; however, cannot be said about the hub caps which are a royal pain in the ass to take off. They clip on easy but taking them off is another story. I had to jam a knife into the caps just to pop them off. The extra nubby tires are geared for rougher terrain but they still had a tough time passing over thick carpet and grass. I had no problems on pavement, a running track or any flooring surfaces.

Sphero’s Darkside Ollie is a fun little app-enabled toy which is enjoyable in small increments. I say small as after less than a half an hour of play time, I found myself tiring from it in a bored kind of way. There is a significant learning curve which can be directly attributed to how difficult it is to control. I cannot help but think there has to be a better way to control the Darkside Ollie. Perhaps with newer versions and more time on the market things will get better for Darkside. At this point, I have a hard time recommending the Darkside Ollie considering the price point and control issues but if playing around with app-enabled toys is your thing and you are well aware of what you are getting into, proceed with confidence.

***A Darkside Ollie was provided to COG by the PR company***

Next The Elder Scrolls Online: Tamriel Unlimited Review – An MMORPG Worthy of Talos Himself
Previous Dying Light: The Bozak Horde Review – Not Quite The Hunger Games With Zombies We Hoped For