Dread Hunger Review – A Bold Blend of Survival and Deception

Over the past few years, social deception games have become an incredibly popular genre. Being stuck at home during the pandemic probably did it. The idea of — figuratively or literally — stabbing your friend in the back (in a game) became appealing, and Among Us was the biggest hit and tension reliever. Now there’s Dread Hunger, combining social deception mechanics with survival elements. Should it be your next game group jam?

Dread Hunger is one of those games that you will not “get” right away. I know I didn’t. There’s a tutorial that explains the basic mechanics of survival but almost completely ignores the metagame. You’ll probably need to do some reading, watch some YouTube and hopefully, stumble into a good Discord server with patient players. Once it clicks, Dread Hunger can be a lot of fun…for a while. 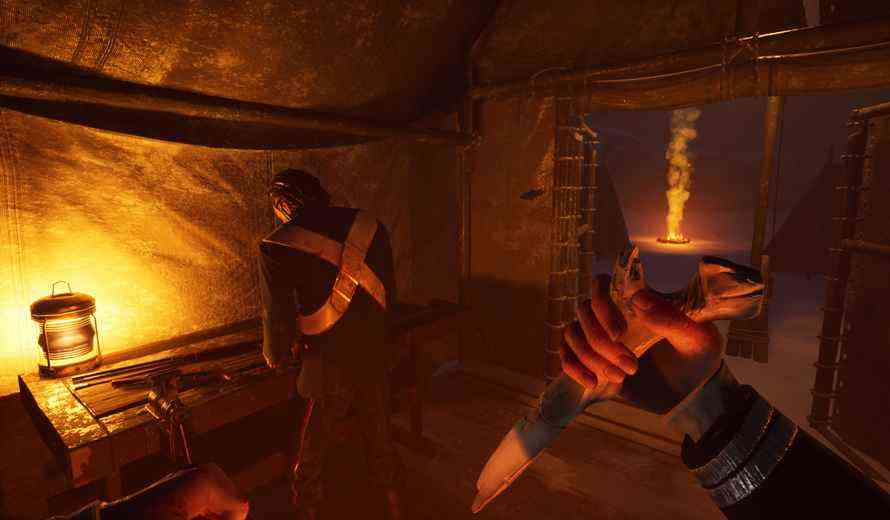 Survival is Just the Beginning

Here’s the premise: you’re part of a 19th-century artic expedition guiding a ship through a narrow, iceberg-strewn passage towards the open sea. Your steam-powered sailing ship must frequently stop to gather coal and other materials, explore, and hunt for food. You make discoveries, too, like magic totems and the remains of past expeditions. There are familiar survival elements: finding and cooking food, gathering coal and wood, making weapons, and not dying from cold, hunger, or animal attacks. You have a specific role to play as a member of the crew, like Captain, Engineer, or Hunter.

Two of your fellow crew members are hidden Thralls. The Thralls are there to undermine the voyage and/or kill the rest of the crew. There are many ways to accomplish this, from passive-aggressive moves to outright violence. For example, you can sabotage the ship or supplies, or you can add poison to the soup, or shoot a crewmember dead during a supply-gathering mission. Or, you can craft voodoo-like totems and use powerful magic, like commanding armies of cannibals to attack. 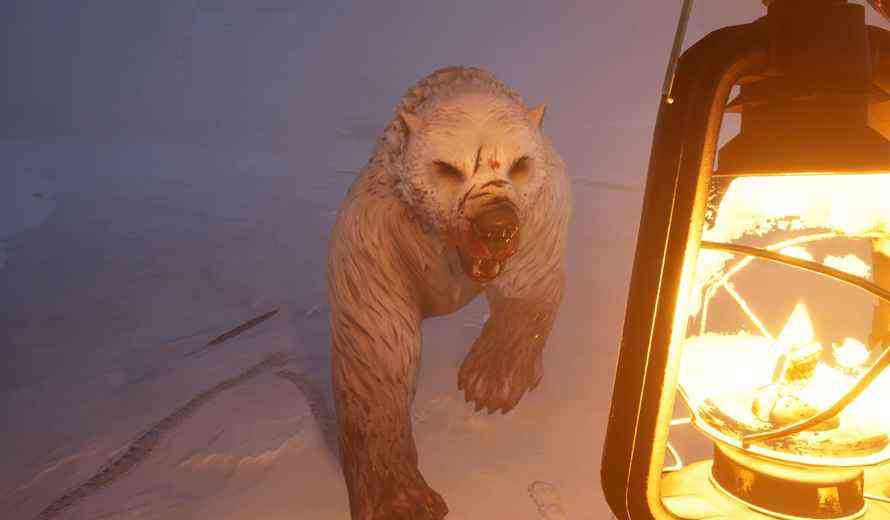 The game begins with a game of poker. At the end of the game, two players are secretly identified as Thralls. The crew’s task is to uncover the Thralls before they can sabotage the expedition. The mission of the Thralls is to, as the Brits would say, bollocks things up. The goal of the expedition is to complete the voyage.

Like every social deception game, communication is key to forming alliances, tricking others, and generally enjoying the experience. Dread Hunger is a game that demands headphones and a mic. Play without a mic, and strangers will assume you have something to hide and will kill you (trust me on this). Dread Hunger can be a lot of fun with a helpful group of players who are accepting and patient with new players, especially with people you know. Like with all multiplayer games, there’s a chance that griefers will ruin the party.

Dread Hunger is not a highly polished game. Its movement, crafting, and combat mechanics feel pretty janky and not very refined. Graphically, it’s miles away from impressive. There isn’t much variety in the three artic-themed maps, and the ship itself lacks detail. The figure models are just ok. There is quite a bit of repetition in the game’s audio. It might not be something you notice, chattering away on headphones with your crew.

How Dread Hunger looks or sounds is beside the point. The cat-and-mouse game of deception is the focus. After all, good theatre doesn’t need fancy sets or props, just good actors. 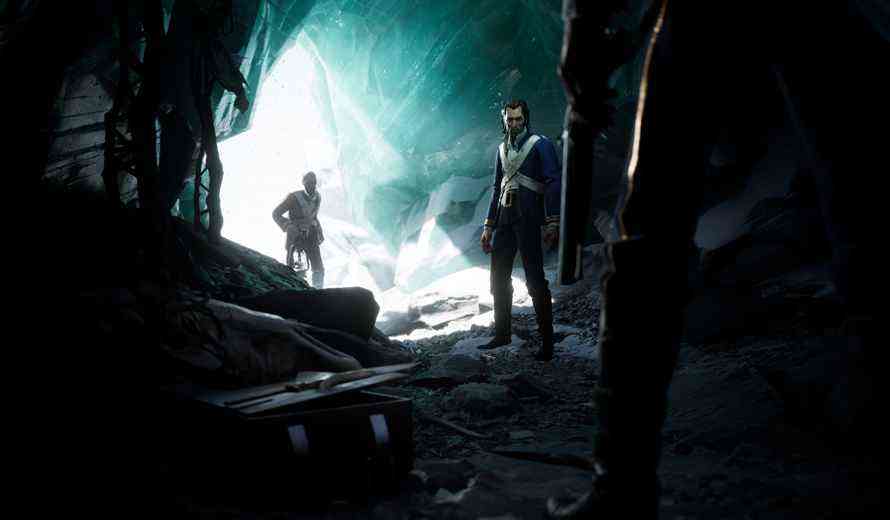 Dread Hunger has a solid premise, but whether it’s a good time depends almost entirely on the people you play with. The survival elements are fun, but the social deception mechanics are where it’s at. Dread Hunger has some built-in limitations, but its theme and setting help it stand out from other games in the genre. Whether you’re trying to maintain order or create chaos, Dread Hunger will put your ingenuity and acting skills to the test.