The last Dragon Ball Z game I played left me completely devastated.  Last year’s Dragon Ball Z: Ultimate Tenkaichi was a visually stunning, but it was ultimately shallow and unsatisfying.  In the beginning, Dragon Ball Z games were mostly fighters, but as time has passed the Dragon Ball Z game franchise has became less like a traditional fighter and more like the weird cinematic over-the-shoulder action hybrid it is today.  Dragon Ball Z Budokai HD collection brings fans back to when DBZ games were at least trying to pass themselves off as tournament fighters, and that is what makes this game so appealing.  An impressive amount of depth can be found in the Budokai titles, and most of all the combat system is incredibly fun.  For as long as I can remember, I have always been a fan of the Dragon Ball universe, and I can’t help but notice the effort put into pleasing long time fans of the DBZ series.

Dragon Ball Z Budokai HD Collection offers HD remakes of two games, Budokai 1 and Budokai 3. It is important to note that these are completely different games to Budokai Tenkaichi 1 and 3.  The absence of 2 is a bit odd.  That being said, from what I have gathered it would seem that Budokai 1 and Budokai 3 were received far better than Budokai 2 was.  Still, it leaves a strange gap that could potentially be awkward for collectors who would probably be most interested in a pack like this.  Both games play exactly how they did back in the days of the PS2.  Many fans were curious if balance changes, secret characters, or any other new features would accompany the re-release.  In the end both games have been ported over faithfully, without a single gameplay change between them.  Granted, the game has fully integrated achievement support, which is always a plus for the completionists out there.  Beyond the addition of the achievements, the games remain the same but with much better visuals and sound quality. 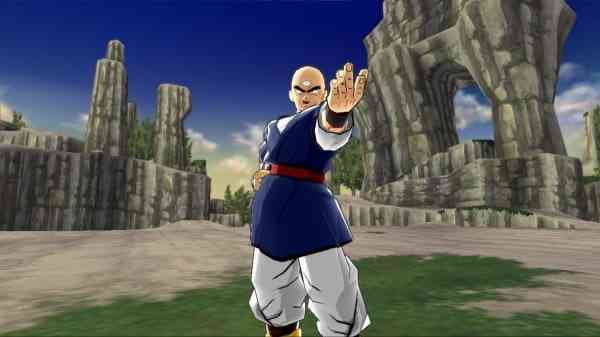 As mentioned earlier, the mechanics of both Budokai 1 and Budokai 3 remain unchanged, and for those of you who have never played either, you are simply getting a very straightforward fighting game.  Combining button presses with separate directional inputs produces different strings of attacks and eventually special moves like the Kamehameha and the Special Beam Cannon become possible to perform amongst the combo strings.  Ultimately Budokai 1 does not offer a whole lot of variety in terms of characters.  Its roster is impressive at first glance; unfortunately every character essentially has the same abilities.  Aside from minor differences in damage and special moves each character is basically just a clone of another, and that does not help much in extending the game’s life for versus play.  Budokai 3 on the other hand provides a much deeper system, allowing more defensive options, more transformations, teleports, beam struggles, and a “hyper mode” that unlocks more moves.  Budokai 3 isn’t without its faults though, but it is certainly a much stronger title then Budokai 1.

Both titles feature cinematic moments where you have to mash buttons harder than your opponent to win a beam struggle, or play a form of rock, paper, scissors in order to unleash a barrage of attacks. These events are fun and easy to play and the cinematic cutscenes are cool, but mid-battle quick time events do interrupt the flow of combat.  I could see this being an issue for hardcore brawler fans, but DBZ fans will forgive the occasional interruption to see their favorite characters battle it out in classic Dragon Ball Z style.

As great as the combat is on its own, the real draw to both of these games is not the versus mode, but rather the single-player campaign.  Both games retell the story of Dragon Ball Z, with Budokai 1 covering the events of DBZ up until the end of the Cell Saga, while Budokai 3 covers the movies, Buu, and even Dragon Ball GT.  Budokai 3’s single-player mode offers an impressive array of RPG elements that further enhance the experience.  During Budokai 3’s campaign you will be given the chance to choose what individual stats you would like to power up on your character as you continue to be victorious in battle.  In between fights you will also find capsules that unlock new moves and transformations for your characters to undergo.  During the segments in between battles, you are able to fly around as your chosen character and explore the world map in search of the aforementioned capsules.  Multiple slots are available on each character to equip the discovered capsules.  The best transformation capsules, such as fusion capsules, take up multiple slots. Alternatively, you can use single slots to customize your move set and power up your favorite techniques. 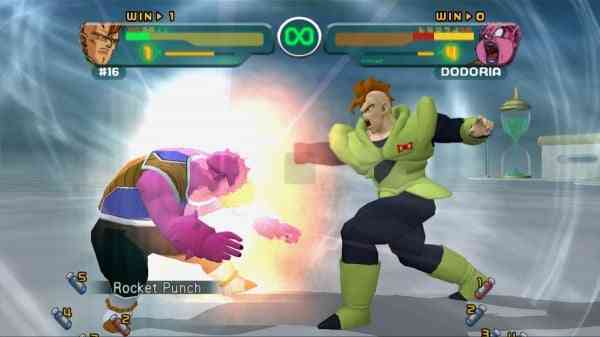 The HD upgrade in Budokai 3 is much more noticeable than it is in Budokai 1.  The character models and menus appear sharp and crisp, while the cut scenes and intros of both titles look fantastic.  Originally, DBZ Budokai was a cel-shaded fighting game series, and cel-shaded games are known to benefit the most from HD remakes.  Fortunately the cartoony visual style helps to hide any imperfections that may be present when the clear HD settings come into play.  All in all the Budokai HD collection runs silky smooth in high definition, with vibrant colors, smooth textures, and rounded polygons making it look almost as attractive as some of the fighters designed for the current generation of consoles.

As a kid, I absolutely loved the voice actors for the Dragon Ball Z series.  Now as a young adult, I am not so sure I feel the same way.  The performances of the American voice actors are not as awesome as what I remembered, but on the bright side it is nostalgic to listen to the original cast.  As with just about every other feature, Budokai 3’s English voice acting is a cut above Budokai 1’s, but it is still not phenomenal.  A neat feature that some fans should appreciate is that the Japanese voiceovers are an option in Budokai 3.  As for the rest of the audio (music and sound effects), it is solid and appropriate, with characters sounding off to their respective moves during combat.

During my time with Dragon Ball Z Budokai HD Collection I discovered something, all of the newer Dragon Ball Z releases are fantastic visually, but the simple mechanics and customization of DBZ Budokai 3, found in this two game collection, made for a far superior game.  The latest DBZ games on the market have really lost what they excelled at in both Budokai 1 and 3, and that is offering a fun simple-to-play brawler with loads of goodies to collect.  Even if you find yourself to be less of a Dragon Ball Z fan and more of an achievement junky with a sweet tooth for fighters, that alone should give you reason enough to give this HD collection a shot.