DiscStorm Review – Uninspired, Boring and Better Suited as a Browser Based Game

Average video games are the most challenging reviews to write. I try my best when writing an article to pique the reader’s interest, regardless of their opinion of the product or subject I’m critiquing. Having to play Vector Thrust made me wish for a plane to crash into my house, but writing about my miserable gaming experience resulted in cathartic joy. Horrendous works of art such as Superman 64, Ride to Hell, or Big Rigs are fascinating. They are digitized train wrecks that simply cannot be ignored.

DiscStorm, doesn’t have any of these qualities. That’s a good thing, it means that the developers of this game are not zombies or aliens ready to cause us fatal damage through entertainment; but it means that this review is either going to be a very short read, or I will be talking about many irrelevant things between paragraphs.

Has anyone else watched Continuum? Okay, well, it’s a TV series with a final season almost ready and you should watch it; science fiction and time travel all rolled up into an enthralling story. And if that doesn’t pique your interest, you can always watch it to stare at Rachel Nicoles in a cat suit. 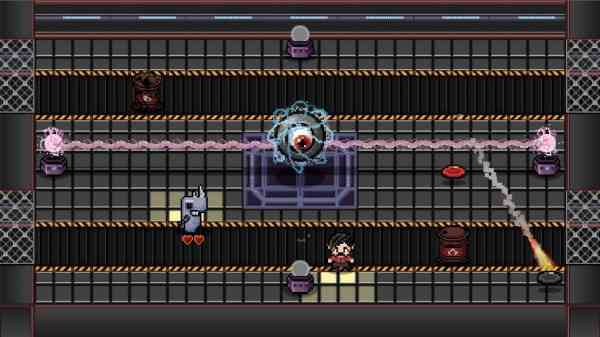 DiscStorm is a browser based arena game that is not available on browsers, but instead, is being released on Steam, entering the fray of $15-20 dollar independent multiplayer games that has increased dramatically in the last two years.

Also increasing dramatically are taxes on tobacco products in the state of Missouri if it succeeds in changing state law. I’m neither a smoker nor an economist, but taxing a small subgroup of the population won’t accomplish anything other than piss people off.

Discstorm recommends playing with a controller and a group of friends, which is why I’m reviewing the game as someone who played on a mouse and keyboard alone. The game does have a single-player mode, but there’s a reason why the game is recommending multiplayer from the moment you start it; the single player mode is very tacked on. There are nine very short levels that get repetitive within heartbeats and do very little to change up the standard gameplay.

As I am unable to find an appropriate segue using the final words of my previous sentence, this paragraph will contribute nothing.

“Compared to other multiplayer games at this price point, DiscStorm doesn’t really do anything to surpass its competitors.”

Discstorm’s gameplay is what you would expect, you play as pixelated character who has three very lethal discs that can eliminate your opponents. You can have up to three of them at a time, discs can ricochet off of walls and objects in the level, and your character can dash, melee, and grab your own discs in midair.

I am rather thankful that this is a written review and not a narration, because if it was, my occasional lisp would make it sound less like “Disc” and something else entirely.

Presentation in DiscStorm is rather lacking, the graphics are generic in their technical applications as well as their artistic merit, music is dull and repetitive, and the few lines of text exchanged between your character and bosses are insulting to English language. 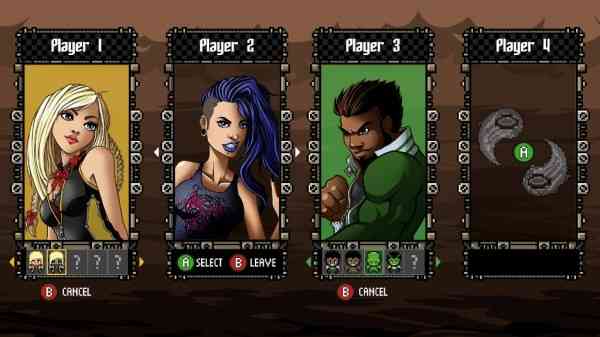 DiscStorm’s graphics and sound design do impact gameplay in a negative way, due to the generic visuals and minimal sound effects, DiscStorm has a distinct lack of player feedback. When you hit an enemy with a disc, your enemy flashes three times and disappears. Hotline Miami doesn’t need to be used as a template for pixel-art games but the lack of any feel, weight, or force in the gameplay makes DiscStorm a rather muted experience.

DiscStorm is an inoffensive piece of work made by a small team of independent developers making their debut release. Compared to other multiplayer games at this price point, DiscStorm doesn’t really do anything to surpass its competitors. It’s a thirty second YouTube magic trick, presented as a ten minute live show.

Personally, I wouldn’t be surprised if this game appears on browsers in the next year, and this same team will take off the training wheels and fully express their creative freedom in a truly definitive future product.