Having never played a single title in the Devil May Cry (DMC) series may seem blasphemous to some gamers, but in truth it was always a title that eluded me over the years. After some research, I was surprised to learn that it was originally intended to be a Resident Evil spin off but it was determined during the development process to be something that didn’t belong in the Resident Evil universe. Instead of scrapping it, Capcom decided to turn it into something new which was definitely a good business move.

Devil May Cry 4 (DMC4): Special Edition is an updated version from the 2008 release for PS3, Xbox 360 and PC which scored well with a Metacritic of 84. Some may wonder why it’s an updated version rather than an upgraded version because all the developers did was add some new features and they didn’t touch anything in the graphics department. I watched some YouTube videos of some of the gameplay and animated scenes to compare the graphics. Aside from perhaps loading faster I couldn’t really tell a difference between the two versions. This in no way is meant to be a slight against the game itself as the graphics are solid even 7 years later. 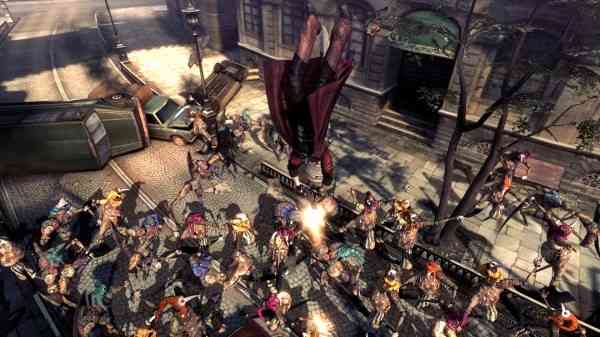 Much like the graphics there has been no updates or upgrades in the sound portion of the game. The game is supported by a veteran voice cast, Johnny Yong Bosch of Power Rangers fame, voices Nero. There are great sound effects and techno music emanate throughout the game to create the atmosphere that can only be described as demonic. As always, I enjoy the ups and downs that most musical scores bring to a game and DMC4 does theirs masterfully. Music in a game that can set the scene with a few chilling notes before a boss spawns or create an atmosphere that really gets your skin crawling gets a huge thumbs up.

The great positive for newcomers to the DMC series is that DMC4 include the new character Nero on whom the bulk of the story focuses on. This way you don’t have to worry about knowing a lot of back story on Dante and other characters. The game opens up with a beautiful song sung by Nero’s love interest Kyrie. As he sits in the opera house Dante busts through the glass window above the stage where he mortally wounds Santcus, the High Priest of The Order of the Sword. With everyone getting their asses handed to them Nero is ordered to delay Dante while reinforcements make their way back to take Dante out.

“The original Devil May Cry 4 game, which was released 7-years ago, included stunning visuals, terrific sound and enjoyable gameplay. The same holds true today with the Devil May Cry 4: Special Edition.”

To Dante’s surprise Nero holds his own and this is in part due to a really cool weapon he has called the ‘Devil Bringer’. This is actually Nero’s arm, which just so happens to be a demon arm and it allows Nero to reach out and grab on to enemies bashing them into the ground or throwing them in the air. It also comes in handy when navigating through some of the puzzles throughout the game. Complementing his Devil Bringer is his sword called the Red Queen enhanced with fire and his double barreled pistol called Blue Rose. Both of these pack quite a wallop. Nero can also unlock an extension of Devil Bringer called Devil Trigger which releases the demon inside your arm to heal quicker and perform devastating attacks for a short time. These weapons can all be enhanced while you make your way through the game. There are many enemies to test out your weapons on and it’s a good idea to keep your attacks varied as you are graded on these and the more points the better. Your attack rank does reset when you get hit though so make sure you are on the move every time you enter the battle field.

Coming into the game, I had the impression that the gameplay would be a lot like Dynasty Warriors where mashing buttons would mow down the enemies and clear the battlefield. Surprisingly, the more I played the more I discovered the seemingly simple controls can get quite intricate as you have to use the right set of attacks and combos to get through alive. Dante’s character also adds a certain level of difficulty as he has multiple different playing styles that can take some time to adjust to.

With the good comes the bad and the available camera views in this title weren’t the best and possibly the most frustrating part of the game. At one point I had to track Dante down and I was unable to focus on the areas I really needed to see as parts of the view were filled with large puzzles to solve before going on to the next area. When I eventually got to the area I needed see, I would start moving only to have the camera go out of focus. Now this didn’t happen all the time but often enough to become my greatest grievance. Another annoying aspect was the hit and miss function of the Devil Bringer to launch myself upwards and across certain points in the game. In one area where there were easily a dozen grapple points, I attempted to navigate through but the controls just wouldn’t look. I swear I must have gotten through that part of the game on blind luck.

The “special” in Special Edition is the ability to play multiple characters beyond Nero and Dante. This time around you can play as Vergil, Trish and Lady complete with new opening/closing cinematics for each and different gameplay styles. Sadly, you are just replaying the same levels that you would in the main Nero/Dante campaign. I highly suggest playing through as Nero/Dante first so you have a clue of what is happening in the game before trying out these new characters. In addition to the additional characters, there is also the introduction of the Legendary Dark Knight mode which was exclusive to the original PC version. In this mode more enemies are added into the fray making things a bit more hectic and obviously more challenging. 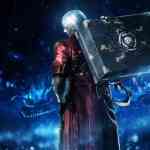 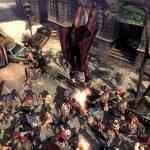 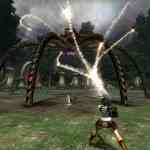 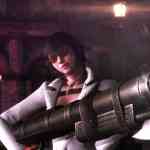 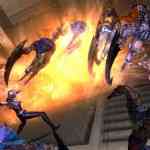 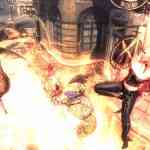