If I could say I made one mistake going into Deus Ex: Mankind Divided it’s that I came in with expectations. I replayed Deus Ex: Human Revolution over the last couple weeks in anticipation and assumed that Mankind Divided would come in and eclipse its little brother. It pains me to say that not only did Mankind Divided not eclipse Human Revolution, it actually fell short by a long shot. Plagued with glitches and questionable design choices they came so frequently that I started to question which was which. Is this a screw-up or did they do this on purpose? Not a question any developer wants a player asking of their game and not what I was hoping for from Square Enix and Eidos.

If you’ve never played through Human Revolution and you’re worried about being utterly lost you don’t have anything to worry about. Right from the start you have the option to watch a 12-minute recap video that should bring you up to speed. It’s now two years after the Aug Incident and Adam Jensen has joined Interpol’s Task Force 29, an integrated counter-terrorism unit that has an almost worldwide jurisdiction. In the opening moments, you’re dropped into Dubai with a fully loaded Agent Jensen and the game wastes no time in testing your skill. After making my way through this opening sequence I was feeling good about the game and this is despite having to restart once after falling through the floor into an elevator shaft I couldn’t climb out of.

“Plagued with glitches and questionable design they came so frequently that I started to question which was which. Is this a screw-up or did they do this on purpose?”

From Dubai, we headed to Prague where the separation (or should I say segregation) of Naturals and Augs is perhaps worst here than anywhere else. Times are troubled and after facing a surprise Aug attack in Dubai, Jensen is caught in a terrorist bombing at a train station. The blast takes out his augmentations and we’re left with Jensen 1.0, once again starting from scratch to build up your agent the way you like. With a host of new augmentations at his robotic fingertips, Jensen must keep his systems balanced by removing some augmentations in order to facilitate others. This makes the choice of which augmentations to equip even more nerve wracking but certainly is an element I appreciated. Make hard decisions and live or die by the choices you made. Now the world of Mankind Divided is open to you and as good as the narrative is it’s here where the problems begin. From the minor complaints of voice work being out of sync with facial animation and more frustrating ones like framerate slowdowns they’re really only the tip of the iceberg. 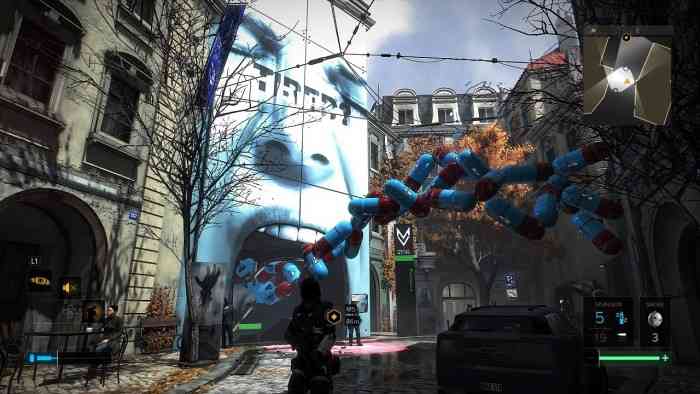 During the course of my play through I not only dealt with horrendous glitches I also dealt with what I would call very questionable design choices. For a game with such a focus on stealth and hacking, it really makes no sense that I was constantly able to hack someone’s computer right in front of them with no repercussion whatsoever. Not even a “Hey, what are you doing?”. I would walk past store owners into their basement to rob them blind with no resistance only to find a secret vent from the basement back to outside. This is one of the spots where I questioned whether it was a design choice or a glitch? Why provide a way to sneak in if I can just waltz past a hard working vendor and steal all their shit anyway? While there were areas I felt genuinely challenged to maintain my stealth it was disappointing to see such a lackadaisical attitude towards the most basic elements of it.

One could argue that complaining about easily stealing much needed supplies is hardly a complaint at all but unfortunately, it really pulled me out of the moment. None of these complaints hold a candle to the various bugs and glitches I saw, though. They happened with such frequency that I quite literally would stop to question if what I saw was an actual bug or a problem I created in my head. Security guards walked through closed doors, attendants sat at desks with the sounds of typing in my ears but no computer in front of them. Alarms would be triggered that would never go away with entire regions ducking for cover the whole time. I walked past a guard in a restricted zone without so much as a glance. I even triggered an alarm in one area where all the henchmen were drawn to where I set it off and they promptly stayed there. I was left free reign of the entire facility I was trying to infiltrate without a single guard to bother me. Not the experience I want or expect.

“Level design is smart in that it provides both stealth and assault options that are far better than anything Human Revolution brought to the table.”

Perhaps the worst issue I dealt with was when augs would stop working entirely and not come back. I’d invested in heavy lifting for example and after one mission it just decided to not work anymore. I would stare at heavy items I wanted to move but that’s as far as I went. My only recourse, after contacting the devs to see if there was a fix (there wasn’t) to get it back, was to load an old save (four or five saves back of course) that cost me around four hours of gaming. If it weren’t for the review I was working on I may not have bothered.

So here I am, 850 words into my review and I’ve essentially given Deus Ex: Mankind Divided a verbal curb stomping but that doesn’t mean it doesn’t do some things right. Level design is smart in that it provides both stealth and assault options that are far better than anything Human Revolution brought to the table. Vents and secret passages are everywhere. The amount of verticality available to come in from up high or down low is impressive too. Replaying over a few missions I was able to approach them from a completely different angle and likely could have done so another two or three times. Just be sure you take the time to learn the control scheme well, including all its shortcuts, or else you’ll find yourself playing some missions a few more times than you’d probably like.

Elias Toufexis delivers another solid performance as the borderline emotionless (angry if anything) Adam Jensen and is supported by a superb cast from start to finish. Sure their performances were held back by an engine that couldn’t sync up their lips if it tried but based on audio alone, they were great. I was also particularly fond of Prague’s mad aug doctor Vaclav Koller. If anything held the experience together for me it was the narrative that while a bit convoluted was still a great cyberpunk story. I’d advise that you pay attention because even a few missed lines could result in a wave of confusion.

“A strong narrative and stellar cast are the only things that hold together an experience that is absolutely rife with bugs and downright questionable design choices.“

Visually, the world of Mankind Divided is a stunning one with streets and slums full of life. The futuristic vibe works well focusing on an overabundance of inventive advertising covering the streets. If there’s one spot I can’t fault at all it’s the setting. Adam moves fluidly in and out of cover, from first person to third person and back again and never skips a beat with it looking and working so well you almost don’t even notice. The Utulek Complex, where Prague’s augmented citizens are sent to, really stuck out with its dark alleys and a crazy amount of verticality. Only when you’re in up close conversation do you really see where the engine slips. Remember developers, in this day and age mouths and lips should move when characters are talking.

Every trailer and every demo I saw for Deus Ex: Mankind Divided screamed high quality. The live action ‘Mechanical Apartheid’ trailer alone would have been enough to have me interested in the game. It’s because of all these early looks that I went into Mankind Divided with such lofty expectations and why I’m so surprised to see the game let me down so badly. A strong narrative and stellar cast manage to hold together an experience that is absolutely rife with bugs and downright questionable design choices. Sure we’ll likely see a patch (past 1.02 which I added two days before this review) address many of the bugs but when consumers are charged $60 or more for a triple-A game it should work and work well. It’s shameful that it’s being released in this condition and it would be unfair of me to recommend anyone spend their hard earned money on it at this point. 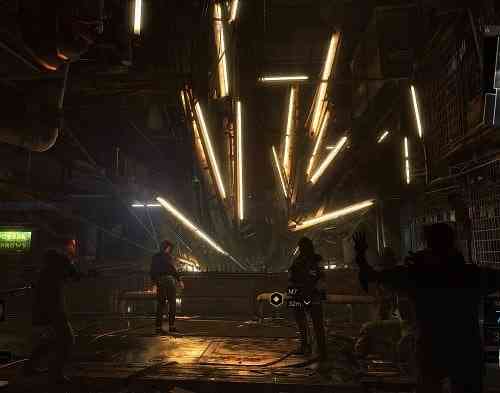 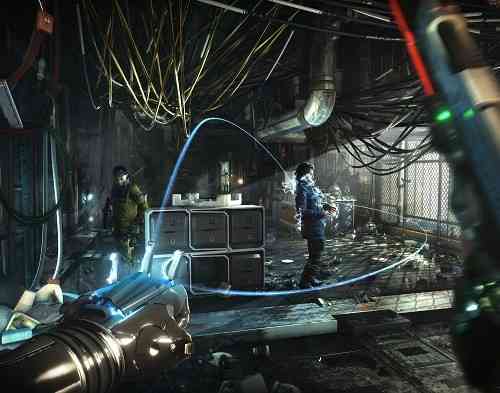 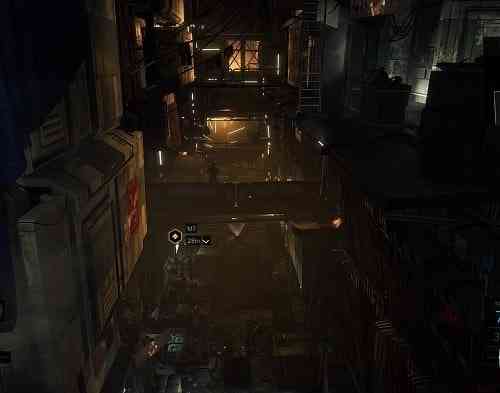 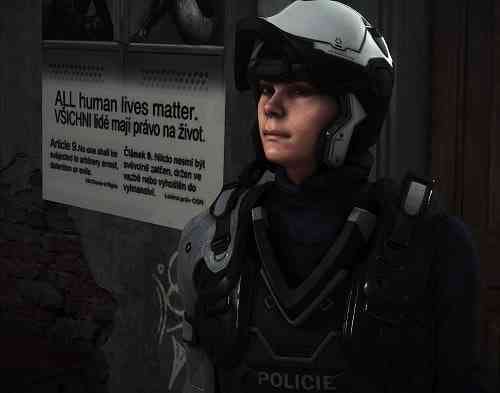 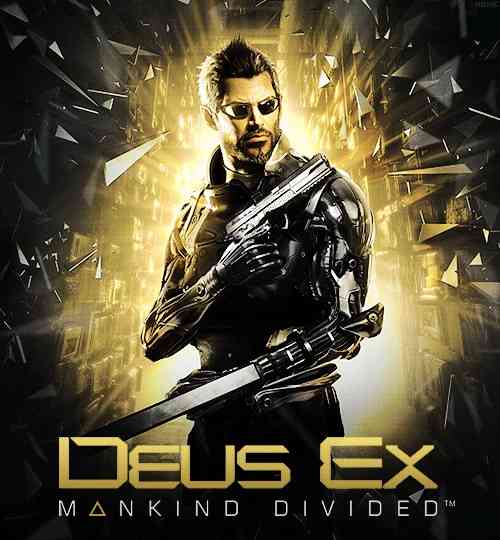