My first take on Destruction AllStars was simply: it’s okay. I then spent the next few days trying to decide if that’s all it was. I then changed my mind: it’s forgettable, but okay as a free game on PS+. Truthfully it comes across like a game that just completed an already polished round of development and the content team and mechanics team is going to come in now to do additional passes. But it’s already out and supposedly feature complete.

Blowing up cars with other cars goes back to the earliest 3D games. The Burnout series and Twisted Metal franchise approached it from two different ends. The former was about smashing, the latter about shooting, but it all felt great. Contemporaries like Rocket League let you smash your opponents when you’re going fast enough, so the idea of a game solely dedicated to this kind of thing is never far off.

The problem with Destruction AllStars is it doesn’t do itself any favors to make the case why it should be a standalone game, with its own characters, and its own monetization scheme to keep you coming back day after day.

In AllStars you play as a character of your choosing that look like Fortnite and Overwatch clones but less memorable. Each character has two (and only two) abilities or “Breakers” that let them stand out during a match. One Breaker is always attached to a unique vehicle that each character can summon while the other Breaker is only used when you’re on foot. 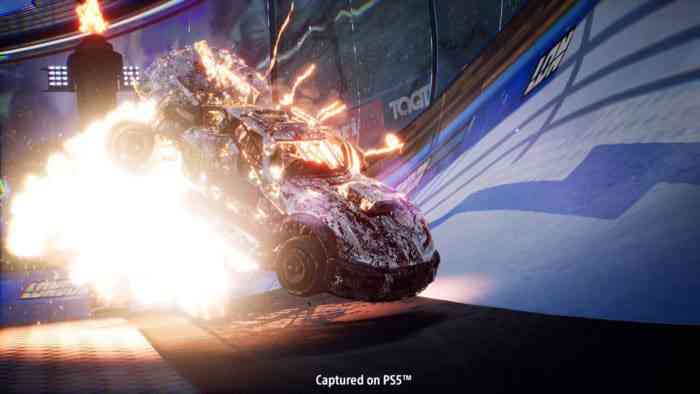 The idea is straightforward: Get to a car. Drive said car as fast as you can. Smash that car into your opponents. Win. And if you can land a smash it feels great. Cars go flying, scrap metal peels off, and the haptics of the Dual Sense hit it home whether you’re the one being hit or the hitter yourself.

The problems start to show as the matches progress. Misses happen often, the maps are oddly spread out, and the on foot gameplay starts to drag heavily. You see, if your car gets wrecked or if you need to bail, you can opt to eject from the driver seat and have a go for it on foot. The kicker is being on foot leaves you vulnerable to being run over but allows you to move quickly to gather power ups or move to new cars.

Skilled players can also opt to steal an opponent’s car if they time their button presses correctly. But the ensuing mini game to overtake a speeding car is incredibly lackluster. As a driver, it’s way too easy to shake your hijacker off.

So on paper being on foot while death machines whirl around you sounds like a fun way to keep the gameplay fresh. In execution it’s entirely underwhelming. Breakers for characters on foot mind-bogglingly do not impact cars, making you feel like more of an annoying fly than a nimble ninja capable of turning the tide. 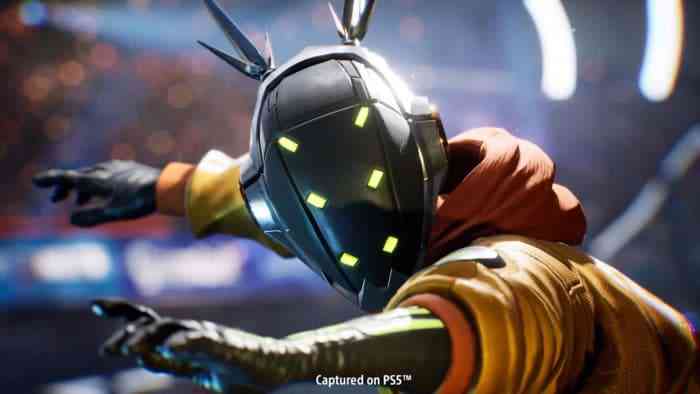 A Tale of Two Modes of Play

This is opposite the feeling of a game like Titanfall where I’d argue you feel equally badass on foot as you do in a mech. Destruction AllStars regulates on foot characters to simple platforming and single punch button on a long cooldown. If your luck is bad and you can’t find a car spawn, prepare to run around a lot looking for anything with wheels to put you out of your misery.

The modes themselves are also lacking. Mayhem is the default go-to mode and the strongest of the bunch. It’s a free-for-all where the person who gets the most points via smashes and KOs wins the match. The next mode is Gridfall, which tasks you in a free-for-all to stay alive as the map breaks apart. And if you’re KO’d at any point you’re toast, as the mode is also a last man standing situation. This means if an opponent gets a lucky hit or if the floor breaks in a chance spot to KO you, you’re out of the match instantly.

Survive long enough to the end and now you’re in a game with maybe 1 or 2 other opponents and it’s a long grind of cat and mouse until somebody wins, arguably just as boring. 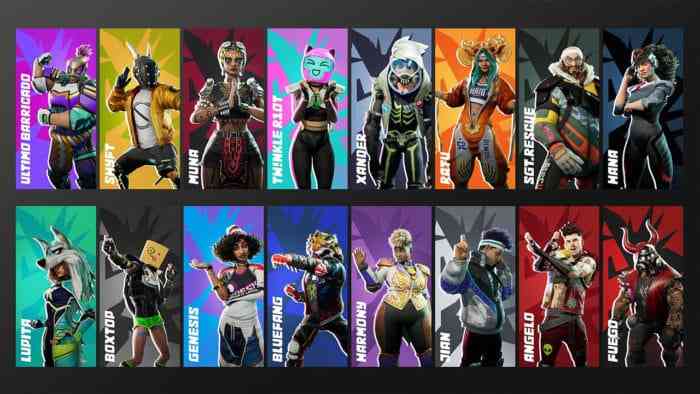 The remaining two are team based modes. Carnado sees you working with your team to smash the other team to bits while generating points. These points build up in your car and you have to run into a tornado to bank them. The tornado destroys your car and sends you back on foot so the timing of when to cash out is a tiny strategy to contend with. The last mode, and my least favorite, is Stockpile where you need to control multiple deposit points to secure victory. This usually just means nobody knows what to do and how to do it.

Given the nature of the two abilities per character, and only one usable on cars while driving, there’s not much more to do than just smash cars in team play. There are no plays to speak of as none of the abilities combine from other players to create any kind of combos or advantages. And so the depth of the entire game stops there – as if it fell off a cliff. It makes me wonder why they even added team modes as there’s very little reason to talk to your team at all. Just smash a car and hope for the best. 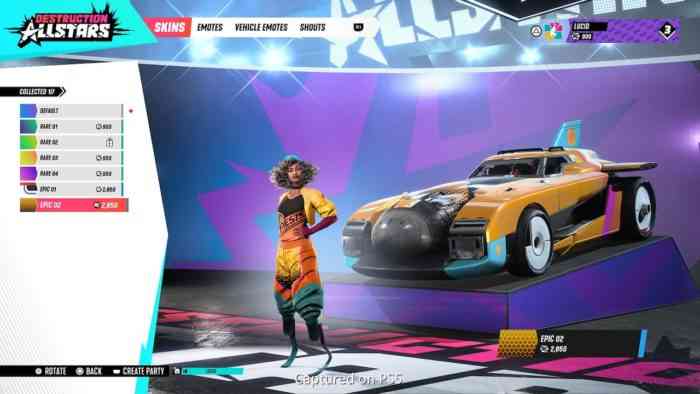 After a few hours with Destruction AllStars you’ll have seen all there is. Sure there’s a currency. Sure there are skins I can buy for a car and character. But the question is why. There’s nothing here that justifies this game’s existence above being a good looking mod with some neat haptic features. The more creative content is single player and while the first one is free, the rest are hidden behind real world money purchase that is arguably even more maddening, as these modes are fresh and do much to shake up the gameplay.

Desctruction AllStars had a chance to deliver some creative car combat and it mostly set it sights on being mediocre and forgettable. Granted it’s free for PS+ users so it’s not a large barrier to get into. But down the road this is not a game worth a price of admission unless they prove they can do something better. It’ll likely be forgotten in the eventual ocean of other PS5 exclusives that release down the road. 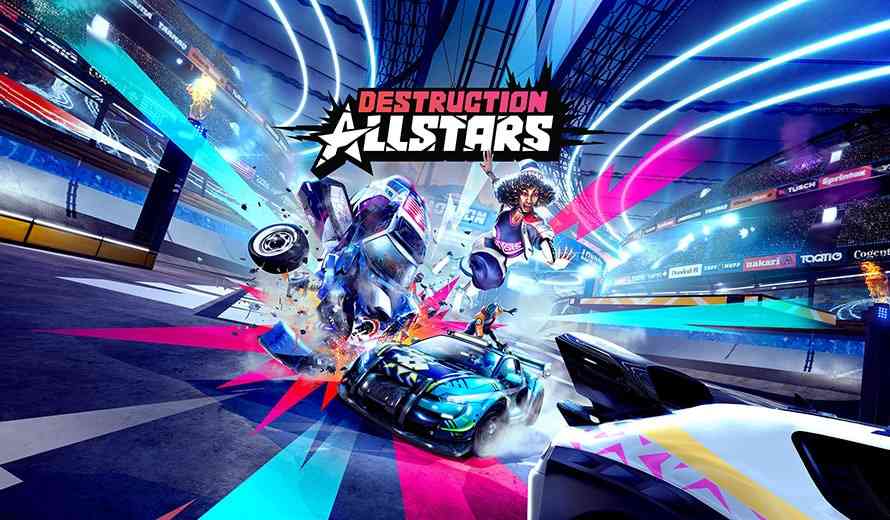 The Quarry Digs Out A New Update, New Outfits and More
Next Sword of the Necromancer Review – A Rogue-Like With Heart
Previous EPOS GTW 270 Hybrid Review – Bite Sized Boom