Deponia Doomsday Review – Challenging With a Side of Tedious

In this line of work, you grab whatever game looks interesting and see what it has to offer. I have dabbled into some previous Daedalic games in the past and some classic point-and-click adventures, so I picked up Deponia Doomsday to see what was what. So, this is where things get dicey because it was my first time picking up a Deponia game and I had zero idea that it was the 4th in a series. It wasn’t until I had sunk a solid chunk of time into it that I did some research and discovered Deponia is a beloved series and I was playing a port of a 3-year-old game. So, with carefully worded phrasing, I move forward with this review.

Deponia is a world that is like a slightly worse version of ours – toxic environment, polluted air and water, collapsing resources. You know, like how we’re going to be in 20 years. Elysium hangs above them, a proverbial paradise compared to what is below. This is where Rufus comes in as does my confusion. Having zero idea the opening scene was the ending to the trilogy, I thought it was just a game about time travel and puzzle solving. In classic Daedalic form, you set out to solve roughly a dozen puzzles from jump. I quite like being thrown into the puzzle machine myself, so wandering around asking all the questions and accruing all my goals first always helps me focus on my tasks at hand. The puzzles in this game are challenging and maybe a bit tedious, but they’re the backbone of driving the story forward so be ready to engage your noodle.

Which brings me to the other thing I liked about Deponia – it has a solid story. Sure, a lot of the characters are zany to the point of being annoying, but the main storyline is still well worth playing through. Having never been to Deponia before, it was all new to me, so while I missed out on I’m sure a lot I still enjoyed the tale that was told even if the time travel elements to it made little to no sense.

The best aspect of Deponia Doomsday though is its beautiful art style. Daedalic have come a long way with developing their games and the art in this one may be the best yet. Bright, vibrant, and quite detailed, the visual aspects of the game need to be given as much credit as possible. I thoroughly enjoyed every change of scenery and my eyes were never left wanting. 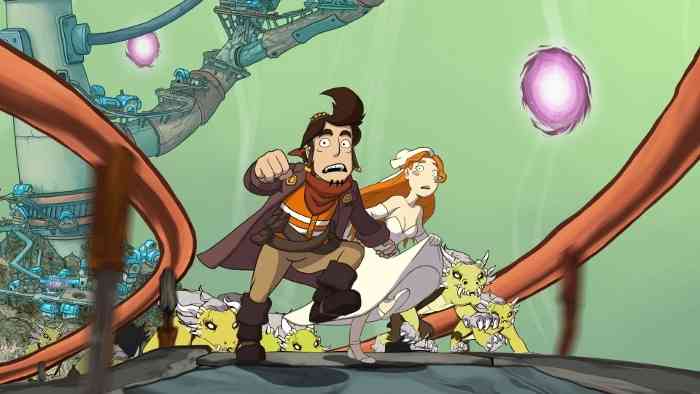 The port controls were also pretty good considering it was designed for mouse and keyboard. While I instinctually kept clicking on the wrong button as the layout was different than I was expecting, they worked pretty good and didn’t lead to any rage over tedium. I saved all of that upset for the constant trudging back and forth looking for this piece for a machine, or some water, or getting help from an NPC to flush out a pink elephant. While the puzzles were entertaining enough, getting to and from them took more time than it should have.

So, this is where the technical aspects of my review end and I go quiet. I mean, how was I to know Rufus is supposed to be unlikable? Or that the characters are purposefully over the top? Or all of that stuff that didn’t make sense was in reference to the previous three games? I don’t do research beforehand because I don’t want my opinion to be swayed before I start playing a game. This is one of the rare times that has actually negatively affected my perception of a game.

Bottom line, if you love old school point and clickers with humour like Monkey Island, then Deponia Doomsday is a decent enough port for your PS4 that won’t give you any control headaches. As for fans of the series, well, I can’t exactly give any insight into that front. So I do highly recommend you play the previous Deponia games before you jump into Doomsday. 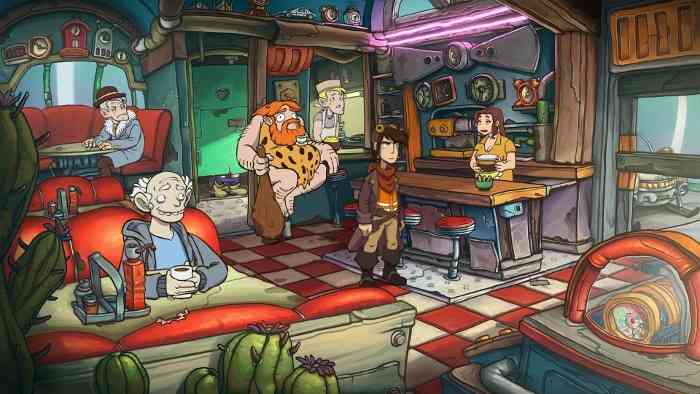