Dead or Alive 6 Review – The Buns and Brawls Nearly Bust

When I checked out Dead or Alive 6 during the January beta, it felt different enough from my usual rotation of fighters to warrant a deep dive. I’ve had my share of NetherRealm and Super Smash Bros. rage moments, but Team Ninja’s tournament looked like an enticing new brawl. This would be my first jump into the series. While there’s a specific reason for that, I decided to enter with an open mind.

The roster is colorful at a glance. Dead or Alive 6 includes 24 characters, 26 if you pre-ordered the game, and there will be more in DLC down the line. I’m happy to say the roster is as fun as it looks, down to the individual quirks. No two skill sets feel the same; every fighter comes with his and her own style that’s obvious the moment you jump into the arena. The first few hours may be the most fun as you orient yourself to each fighter for the first time. From karate to Jiu-jitsu, the martial arts is entertaining to watch and sensually executed with the hard-hitting animations. Nearly everything, down to the way they stand, reflects an interesting identity.

It is difficult to master one fighter, let alone 26. Every single member of the roster comes with the longest list of commands I’ve seen in a fighting game, which is a double-edged sword. When I dove into the tutorial – and subsequent game modes – I noticed specific tags for the different strikes, throws, and holds. There are a lot… Some can be learned right away, then the game hits you with more. It’s like sifting through a fun technical manual with no labels. The instructions are there; in practice, it’s a roll of the dice.

Not to say the learning experience isn’t fun. The combat mechanics lean heavily into combos, which take a reasonable level of skill to manage. Button mashing can only get you so far, thanks to that signature rock-paper-scissors triangle that can tip the scales in every fight. Counters and more counters develop the complexity of the game, but the animations are smooth, fluid—it feels great to punch people in the face. 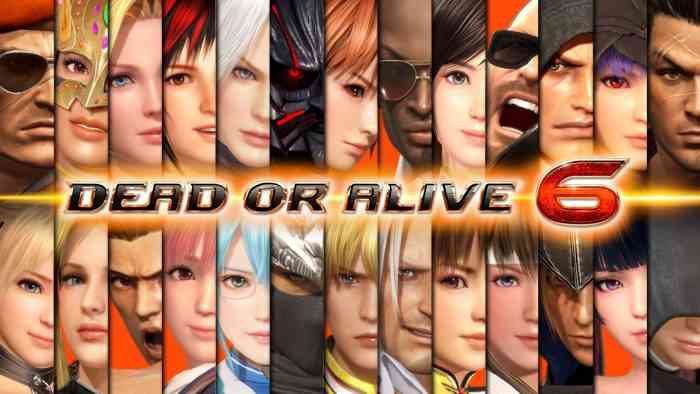 Now I never expect anything special from a fighting game campaign (I know better), yet Dead or Alive 6 is one of the most disjointed I’ve ever played. In part, it’s a minigame of Connect the Dots. Players must select a chapter, watch a cinematic, win a fight, and move on. There’s always a loading screen and a menu in between fights, and you must manually select chapters in the right order; otherwise, it’s just a bunch of hot girls and muscly dudes fighting with little to no context. This should have bothered me to no end, but the story had such a great topping of hilarity that I didn’t care.

It’s All For Kicks and Giggles

Dead or Alive’s campaign cranks out every excuse for a fight. It’s probably more compelling in the original Japanese, but the English version doesn’t take itself too seriously. The tonal shift between the calculated Ryu Hayabusa and the perky Honoka is hysterical. In trying to be serious, it would be awkward. Character arcs are campy, full of interactions that had me laughing from scene to scene until I didn’t even care about the fighting. I just wanted to see what would happen next in a narrative that’s so bad it’s good.

To bolster the experience, we have the sound design. Not the weird lip-syncing, as fantastic as that is, but I consider the music to be pure quality. Every bout is better thanks to the soundtrack. From the myriad of fighting game tracks I’ve heard over the years, very few followed me outside the ring and into my playlist. Dead or Alive 6 is now among them. 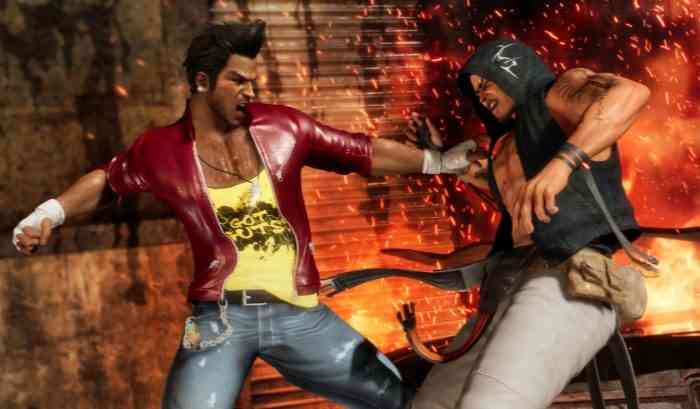 Along with the story campaign, Dead or Alive 6 boasts a variety of game modes. Play with a buddy or play against an NPC. More often than not, it will be an NPC, which is useful for practice. Here’s why I never jumped into the series before. While there are plenty of modes to speak of, there’s only one that feels productive, and that’s “DOA Quests.” DOA Quests is a series of PvE challenges where players must complete specific objectives to earn stars. Earn the maximum of three and you’ll receive “Costume pattern parts” to spend on new outfits. By that, I mean the game will spend them for you.

It could be an ugly costume for a character you never intend to play. You’ll spend round after round, hour after hour, hoping all those matches will earn some progress toward the outfit you want. Or else, it’s just fight after fight, level after level, over and over and over, red rover, red rover until you start seeing your favorite character in the style you envisioned. By then, the grind is liable to crush your spirit.  The Dead or Alive 6 currency may as well be loot boxes: it follows the same randomized principle, only without the box. And once you unlock them, they still require payment in the form of coins.

Fortunately, coins are far easier to obtain and can be spent on all sorts of titles to show off in multiplayer. Also, there are hairstyles and glasses. Credit where credit is due, Team Ninja doesn’t make you spend extra to unlock the same pair of glasses for a different character. Once you own them, anybody on the roster can wear them.

At the time of this review, only ranked matches were available in Dead or Alive 6 multiplayer. So, I expected to get my ass kicked – I got my ass kicked, I kicked a few asses, and with a few exceptions, it was very exhilarating. In the realm of competitive play, moving up a rank brings a different breath of satisfaction. Plus, you learn a thing or two in rotating against skilled players. There’s loads of replayability, and I can’t wait for casual matchmaking so I can practice against players for kicks, no pun intended.

Even without casual matchmaking, Team Ninja delivered an incredibly entertaining tournament until the weight of progression started to sink in. I clocked in close to 15 hours and only unlocked 3 outfits. I got one that I might have wanted, but I really wish I had a choice. And, I only unlocked those few skins because I slogged through the one, hyper-linear mode that gives decent rewards. Everything else awards pennies by comparison. All but the most hardcore players are liable to burn out before the first DLC drops. In the end, Dead or Alive 6 ran a marathon and put a grind wall (some might call it a paywall) before the finish line. 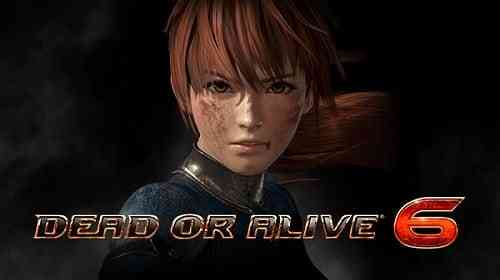 
Ninja Gaiden Master Collection Leaps From the Shadows in June

Free Armor Sets Available to Any Owner of Nioh 2 Next Month
Next Devil May Cry 5 Review – Stylish Demon Hunting With a Vengeance
Previous Beat Cop: Console Edition Review – Writing Tickets Has Never Been So Satisfying