In August of this year Darksiders II was released for the Xbox 360 and PS3.  It was touted as the next great thing from THQ during a time when so much financial trouble was hitting the once mighty developer.  The sequel to the original Darksiders, which was released in 2010, had some pretty big shoes to fill.  Having already reviewed the game on the Xbox 360 (you can read that review HERE) I was pretty eager to see what the experience was like on Nintendo’s recently released Wii U.  Although the game has not necessarily been changed it provides lots of great gameplay.

The story in Darksiders II, as noted in our original review for the Xbox 360, is a deep and engaging one.  Without saying too much, as I do not want to spoil it for you, a new protagonist is introduced.  As with War from the first Darksiders, Death is one of the four horsemen and he sets across the games numerous chapters in an effort to save his brother and right all that is wrong.  Don’t worry if you didn’t play the first game as you won’t be lost as it is a separate story from the original.  That being said, if you played the original Darksiders, be prepared for an even more refined and engrossing experience.

Darksiders II opens up by introducing you to the game’s premise, and throws you into a tutorial that starts your adventure.  This tutorial is a full-blown level which begins the game narrative and introduces you to Death, while teaching you what abilities you will use to navigate the games many levels.  It also introduces you to the basics of combat, which in this game you are going to need tenfold.   Death is a much more agile character than War was, so navigation and combat is very different this time around.   Death can run on walls, boost himself further using pegs or posts, wall bounce, beam run and even climb up pillars and jump from pillar to pillar, pillar to wall, or pillar to ledge. 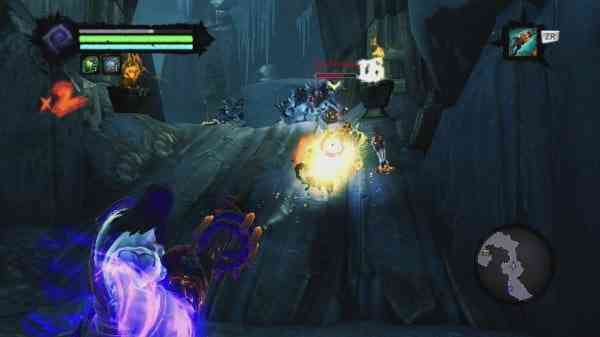 Combat is important, and given Death’s agility there less emphasis on defence and more emphasis on offence and a new ability, dodging.  Going on the offence against your enemies is amazing.  You primary weapon is a scythe and as you venture forth and take down enemies or open chests you will find other scythes, each having different powers and abilities.  You also have a secondary weapon.  You can equip gauntlets, claws or bucklers, which are lighter weapons that are quick and dangerous.  You can also equip maces, axes and polearms, which are heavy weapons that are slow but extremely powerful.   The combination of using your primary and secondary weapon is very satisfying and combat can become a rhythmic dance of various combos as you fight anything from a single enemy, a large group of enemies, to an “end of level” boss.  If I can give you one piece of advice, it is to use your enemy lock on and focus on one enemy at a time, as you can, and will, lose focus of those you are fighting against.  It is a great ability and something you will use throughout the game a lot.

Darksiders II is a large game and there is a lot of stuff to do.  From the main story quest to the large number of side quests, you’ll find plenty to do here.  This is a game that will take a serious investment in time.  Each level is extremely large and there are 17 story chapters for you to go through.  Each chapter will take anywhere from an hour or so to more than a couple of hours, especially if you explore everywhere.  Add to this the numerous, and I do mean numerous, optional side quests that open up as you play.

One of the biggest additions to the game is that it has some very RPG’ish features that make it a more engrossing experience.  The most notable is the Skill Trees that are offered in Darksiders II.  Every kill you make earns you EXP and once you earn enough you level up.  Each time you level up you are given a “skill point” to use at your discretion in one of two skill trees, Harbinger or Necromancer.  The Harbinger Tree is a warrior based tree and the Necromancer Tree is a spellcaster based tree.

As you battle enemies, complete quests, talk to NPCs, and open chests, you will discover a wide range of items, such as armour, weapons, amulets, bindings, boots, and other things.  These are paramount as each item has specific strengths and weaknesses, as well added bonuses.  I found that I was hooked on finding specific items to use, such as fire-based items for the snowy Fjords, and frost based items for the Lava like areas.  The harder the quest or battle the greater the reward too.  There are some uber weapons to be found in Darksiders II, from single items you find throughout the game to those that are part of a named set. 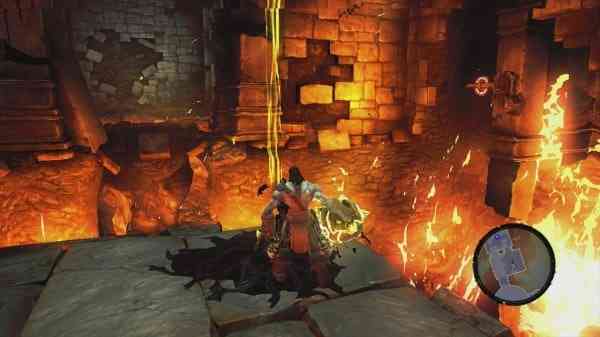 Although the game is an action adventure, there is a lot of puzzle solving.  These puzzles can make you think, but they are not in the game just for the sake of being there.  They are very well integrated into the level you are playing, and they flow with the story so to speak.  I am sure you have all experienced puzzles in a game that were just there for the sake of being a puzzle in the game, well I did not get that feeling in Darksiders II, and I don’t think you will either.

There are some Wii U specific features to Darksiders II that are worth talking about.  First off, the game includes the DLC Arguls Tomb, as well as a few other DLC packs.  These add a few more hours of gameplay to an already lengthy game.  Of course there are some GamePad specific controls as well.  First and foremost is the quick-select ability, along with the inventory menu, can be displayed on the touchscreen.  In regards to the quick-select ability, you can activite your skills with the touch of the screen.  I found this to be kind of neat but having to look down at the screen during the heat of battle could be distracting versus the quick-access wheel and assigned face buttons.  As for the inventory menu, pause the game and you can equip armour/weapons, drop loot, and do anything else that you can all with the touch of the screen.   The other GamePad specific feature is that you can use the motion controls of the GamePad.  You can shake it to dodge or you can move it in various directions when you are swimming or moving boulders; neat but not overly useful.  What I was surprised not to see was the GamePad screen used for a bigger map of the level you were in.  This could have been a huge plus for the game and quite useful when playing.

When I reviewed Darksiders II for the Xbox 360 I was impressed by the visuals as a whole, and although everything is pretty much intact with the Wii U version, there are a few differences between the two.  First off, and somewhat surprising, is that some open areas seem a little sparser.  This is very evident when you first exit into a wide open field early into the game.  Trees seem to be missing and there is a sense of “bareness” to the area.  I put in my Xbox 360 copy of the game to check and sure as heck it different.  You will also find that texture draw-in is better on the Wii U version as they draw-in further down the path then in the Xbox 360/PS3 versions. 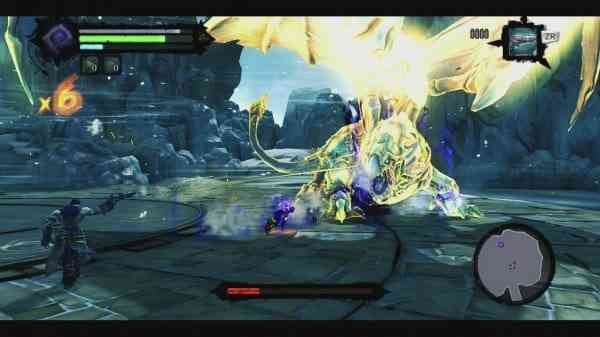 As with the Xbox 360 version I reviewed, the levels are still immense and atmospheric.   From snowy levels, mountains of lava and water, to cathedral like buildings or water based foundries that seem to never end, you will find the variety and quality of all the game’s levels mind numbing.  Of course making up the game’s environment are some great special effects (e.g. lighting and shadows), solid textures and great geometry.  You may run into issues like clipping, but it can be fixed with simply adjusting the camera.   As with my time with the Xbox 360 version of the game, you will still come across areas you think you can access (e.g. over a wall or barrier), but when try an invisible wall prevents you.

The game’s audio is supurb.   The voice acting is top notch and I still found that I really enjoyed what dialog was presented, as the voice actors match their characters to a tee.  They voice their lines with conviction and emotion, and they manage to help tell a story that means something.  In regards to the soundtrack the music is fabulous as it manages to do such a great job.  It is composed by Jesper Kyd, who also scored the Assassin’s Creed franchise, the Hitman franchise, and one of my favourite games, Borderlands.  The music manages to amp up for battles, play just the right track for pivotal points in the story, and of course it calms down when you are just exploring a the level.  The music does repeating now and then, but it is not that often and not as noticeable.  As for the game’s sound effects, they are just as strong as everything else.  From various enemy sounds to environmental effects to the sounds of your weapons cutting through enemies in battle, everything is incredibly solid.

If you picked up a shiny new Wii U and have not played Darksiders II on any other console you really can’t go wrong picking this up as it makes for a solid launch title.  From its production values to the size and scope of the adventure you embark on, the game will really engross you.  That being said, if you have previously played the game on a different console then I really can’t recommend it as nothing has changed and the GamePad features don’t add anything mind blowing to the overall experience. 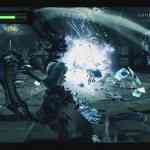 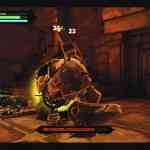 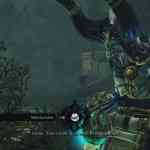 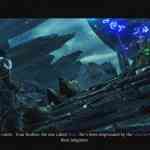 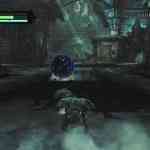 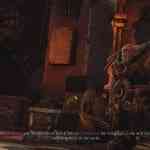 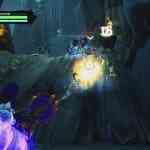 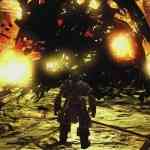 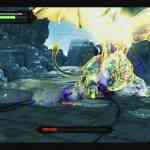 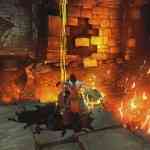 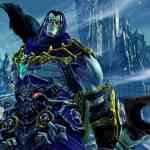