There is no doubt about it; the Kinect peripheral has seen its share of ups and downs since it arrived almost two years ago.  When it first hit store shelves sales were impressive, yet over the past couple of years some of the lustre has worn off and the Kinect seems to be spinning its wheels to a degree.  My passion for playing games using the peripheral has drastically taken a nosedive to the point where I try to avoid any games that require it.  Despite this, the Dance Central franchise has remained a steady force for the Xbox 360 peripheral.  Sales have been solid and many even called last years Dance Central 2 the best dance game for the Kinect.  So can Dance Central 3 up the ante and deliver a game worthy of wiping that dust off the piano black Kinect finish?  Well I think so.

Before I get to everything that is new to the franchise, let me just go over some basics for those of you who have no idea how Dance Central 3 works.  It is essentially a dance rhythm game that plays out in similar fashion to Konami’s Dance Dance Revolution.  The main difference is that Dance Central 3 requires you to use your entire body as opposed to merely frantic footsteps.  The Kinect reads your full body as you follow dancers on screen to a series of ‘flash cards’ that depict a dance routine.  Your goal is to mimic the moves of the dancers on the screen.  Some of the moves can involve a simple side step or arm wave while others can involve much more complex moves involving upper and lower body motions.

One of my main gripes with previous dance and /or rhythm-based games is the lack of a single player story progression mode.  Sure there have been a few exceptions but more often than not games like SingStar, Just Dance, and even the previous Dance Central games were all about the songs and no story.  In Dance Central 3 however we have a story, which is a nice refreshing addition.  Granted it is nothing incredibly deep, or even all that interesting, but I did enjoy how the story takes you back to the 70’s, 80’s and 90’s.  It is a time travel story whereby the world of Dance Central is under attack by the evil genius Dr. Tan and only the best dance moves will be able to put a stop to his plan.  You join forces with the Dance Central Intelligence as you dance your way through tracks from the past four decades.  You head back to each decade, meet with an undercover crew trapped in that era, and dance your way through the songs of that time era. 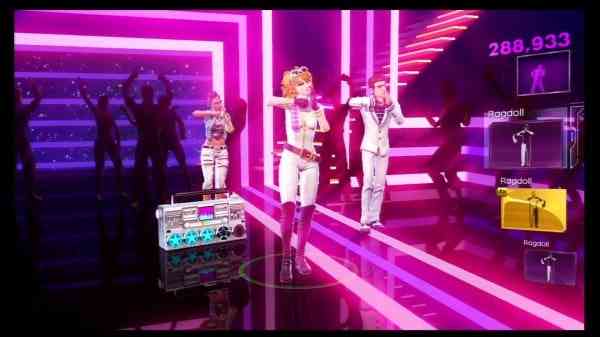 Plenty of kudos to the development team for coming up with a story progression system.  This being said I had some issues with it.  Along the way, you will discover power moves that, when thrown together, can be assembled into that era’s dance craze.  In order to proceed past an era you need to decode the dance craze.  Merely dancing to each song and earning enough stars will not cut it.  I am not kidding you; the single player campaign is indeed hard, as you have to nail very specific moves.  So I have one word of advice for you: practice.

For those of you who have no desire to play any sort of single player campaign, Dance Central 3 allows you and other friends to jump into a song and start dancing without delay.  The quickplay option is back and has seen some improvements.  For starters, all the songs are unlocked from the start and there is a new beginner difficulty, so players of all skill can jump in and dance to any song.  Dance Central 3 also supports all songs from Dance Central and Dance Central 2 including those on the discs as well as the entire Dance Central downloadable library.  So you have access to over 150 songs if you have been loyal to the franchise thus far.  The only downfall is that importing the songs will cost you some MS points for each game.  It will run you 400 MS points for Dance Central and another 400 MS Points for Dance Central 2.  There is also a new collapsible menu that allows players to quickly navigate song selection.  You no longer need to scroll through dozens of tracks just to get to the song you want.  Of course the ability to jump-in and jump-out out of the game returns to the series, which is always a nice little feature.

As I already mentioned, there appears to be more of an emphasis on practicing the various dance routines this year.  I highly recommend that you begin learning the various dance moves of each song in ‘Rehersal’ where, of all people, Usher acts as your coach.  Each song has its own dance routine, so learning all the ins and outs is the key to your success and nailing a good score.  Much like last year, you are given a score at the end of each song and you also want to try and hit all five stars on the virtual ghetto blaster.  You can jump into a song and start dancing away without having Usher break it down for you; however, you will struggle especially if you are new to dance games on the Kinect.

Much like the original game, Dance Central 3 at its core plays the same as the previous games in the series.  Once again the dance moves are much more complex than you would expect.  Well they were for me anyhow.  Even after practicing the routines, putting it all together can be daunting and tricky. Once I jumped into a song and started dancing away however I was impressed at how responsive the game was to my uncoordinated body motions.  Sure, every so often I would feel like I perfected a particular move only for the game to not recognize it, but these instances were not all that common and did not take much away from the gameplay experience. 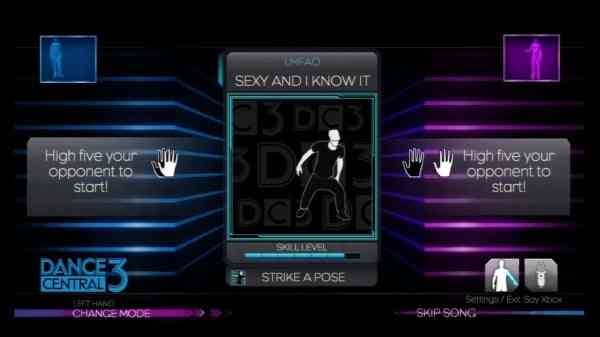 Similiar the first two Dance Central games, navigating the menus is a painless experience.  By holding your arm out to the side you can highlight menu items.  The height of your hand will determine which item you have highlighted in the menu.  Swiping your arm across your body horizontally selects your item.  It can be finicky for younger dancers but teenagers and older folks should have no problem navigating the game’s menus.  You can also use voice commands as Dance Central 3 utilizes the technology of the Kinect for voice commands to do things such as selecting a song, mode, difficulty, cancel, etc.

In addition to dancing away to any given song, Dance Central 3 also features a Workout mode of sorts.  It acts as an extension to the regular dancing and it measures and tracks the number of calories burned.  The calorie tracker has been improved as it shows cumulative updates throughout gameplay sessions and outputs to Kinect PlayFit and the Dance Central 3 Facebook App for even more fitness tracking.  I can see this certainly appealing to many more mature gamers out there, including those like myself who need to shed a few pounds.

Dance Central 3 also includes “Crew Throwdown” which assembles a dance battle between two crews of your choosing.  With up to four people on each team, players can compete against each other.  You start out by selecting teams and then everyone proceeds to take a silly photo using the technology of the Kinect.  As each round starts the game will summon a player by displaying their mug shot on the screen. Crews will rotate players in and out through a variety of rounds, mixing up songs, mini-games and players.  It is unpredictable and no two Crew Throwdown sessions are ever the same. As the Throwdown wraps up a final Throwdown Showdown is issued, where the best player from each crew takes the dance floor in an ultimate battle to see who wins.  It is some pretty cool stuff and will undoubtedly be a fantastic feature for those looking to have a Dance Central party.

As with last year’s Dance Central 2 there is also a Party Mode which pretty much allows you and friend to jump in, choose a song and dance away.  It does not appear much has been done to enhance the Party Mode experience but hey if it ain’t broke… 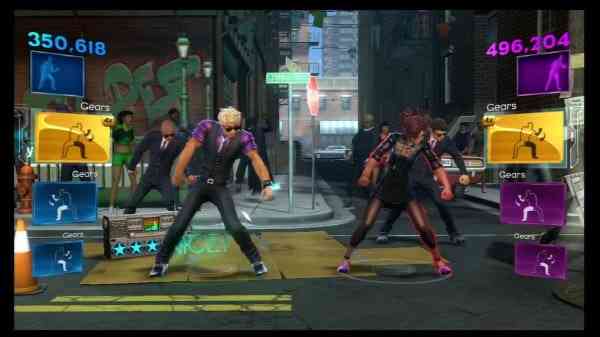 Visually, Dance Central 3 is fantastic looking game and appears to be the best looking instalment of the franchise yet.  It simply looks a little more polished this time around.  Dance Central 3 stays true to the artistic and stylish look from the first two games.  It is bright, colourful, and vibrant ensuring everything comes to life on screen.  The different 70’s and 80’s visuals are bang-on and had my chuckling quite a few times as the ladies hair-dos were simply over the top.  All of them have a unique look and style of their own.  The on screen dancers move with fluidness and smoothness, much like how a professional dancer moves.  Overall it is incredibly realistic looking.

In a dance/rhythm-based game the sound is arguably the most important aspect.  Fortunately, Dance Central 3 delivers in this department as well.  All the master tracks give the game instant credibility and authenticity.  The songs themselves all sound terrific in 5.1 surround sound.  It was great to listen to some of those tracks I had not heard in years such as Daft Punk’s “Around the World”.  For those of you who are curious as to the songs you get out of the box, here is Dance Central 3’s complete set list:

As you can see, it is a decent set list but I do admit that I could have done away with a big chunk of some of the songs especially “Ice Ice baby” and “YMCA”.  I mean honest god, these songs have been overplayed to death.  That being said, the songs will get you moving and most of them fit the game’s time period gameplay.  Last year, Dance Central featured 40 songs out of the box but this year you get over 45 which is a nice little jump.  Overall, I have no real complaints with the sound aspect of the game.

Overall, Dance Central 3 stands as arguably the best Kinect dance game for the Xbox 360 to date.  With 45-songs out the box and numerous new features to get your booty shakin’, the Dance Central franchise has once again shown why they are the crème of the crop when it comes to dancing games on Xbox 360 console.  While I could have done away with some of the songs included on the set list, and some of the dancing routines can be a little unforgiving, the fact remains this is a game perfectly suited for those looking to just bust-a-move and have a great time.