If you played Control, the action game from Remedy Entertainment, chances are: you like it! It’s a pretty winning formula. A well written, X-Files kind of a story. A confident protagonist. Awesome psychic powers. Extra-dimensional weirdness. It had just enough novel gameplay ideas and fun story beats but all of that was wrapped up in a masterful sense of tone. So more Control: definitely a good thing right? If The Foundation is any evidence, oh yeah.

Remember expansion packs? Foundation is a DLC, but I feel like the original rollout of DLC has kind of broadened that word past being useful. Sometimes DLC expands the existing game, sometimes it adds new chapters, sometimes it feels like something that should have been there all along, sometimes it’s armor for your horse. Foundation feels like an honest to goodness throwback expansion pack. It’s a sequel to the base game, and though it’s not full game length, it’s more than a single added on mission. The new gameplay segments are built around new abilities which don’t revolutionize what the game feels like, but they are pretty dang cool.

When you start Foundation, Jesse Faden is now sort of comfortably the director of the FBC. The Hiss are still a threat, but after proving herself in the initial conflict (the main game) she’s assembled her crew of lieutenants and she’s ready to get to work. The titular Foundation is the lowest floor of the Oldest House, and as you could probably surmise, it’s a little more than a simple basement crawlspace. It’s crawling with Hiss, and in her new adventure Jesse will learn more about the history of the FBC, the forces that oppose it, and the nature of the mysterious Directors.

I mean, sort of. While more stuff happens, I didn’t really walk away from Foundation feeling like I knew a ton more. Like, do you know about the Oceanview Motel? You know things that have happened there and you know to flip the light switches three times, but everything in Control only gets explained to a certain point. That’s sort of the appeal as far as I’m concerned. 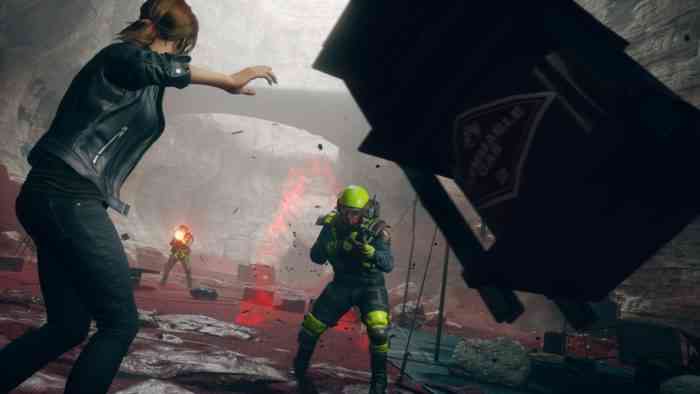 So what is certain? Well there’s the new abilities. There’s one major one: Shape. The Foundation is filled with crystal outcroppings, which Jesse can reform into platforms. I guess it doesn’t sound that cool on paper, but it opens up some fun navigational puzzles, which there weren’t too many of in the base game. I remember liking the few that were included, so more were welcome. Soon enough, you also get the ability to detonate the crystals. This was more fun than I thought it would be. I found myself planning combat encounters and laying traps, shaping crystals beneath my foes and blowing them the hell up. It was great!

There’s also the shield rush ability. This isn’t ‘new’ per se; it’s an extension of the existing (and rad) shield power. Now you can carry your bunch ‘o bricks in a dash and smash into dudes. It feels great. It’s actually something that got added to everyone’s game, DLC purchase or not! As the exploding crystals led me to see new battle strategies, the shield rush gave me room to play even more aggressively. Jesse’s moveset feels more complete, and there are a ton of viable approaches to the Oldest House.

More story and powers are great, but neither would mean a lot if the new content wasn’t well designed. Fortunately, Remedy has learned a lot and the new stuff pushes you into taking advantage of every game system. The new enemies are great for this. You’re still fighting the Hiss, but a new variety stresses melee attacks, making the new shield rush and trap moves a necessity. Regular encounters were a lot of fun in Control, but they weren’t all that memorable. Not the case in Foundation, which leads to some truly mindblowing action set pieces. 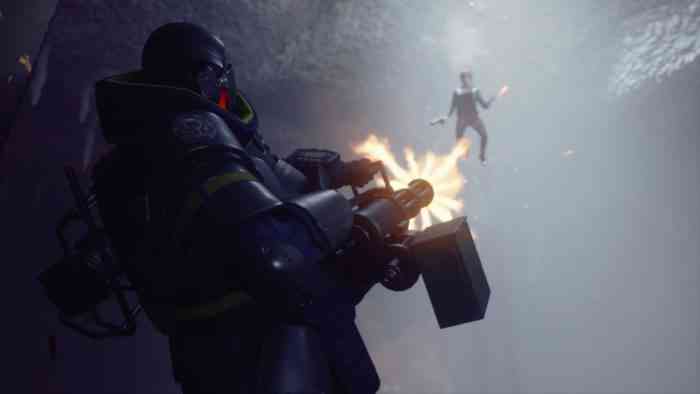 This is also a product of the level design. The Foundation is a series of caves but rather than being claustrophobic, the fights are in huge open arenas that remind of the Black Rock Quarry or Panopticon. In other words, you’ll have plenty of opportunities to make the most of your flight powers, and your other mobility options.

Basically, this all adds up to Foundation elevating Control in every way. It’s not a new game, far from it, but it’s a rollicking continuation and one that leaves you wanting the next chapter. The improvements are incremental, but if Remedy can keep this momentum going, the next installment should be the true masterpiece. There aren’t enough psychic power action titles, and right now, Control is the best game in town.