Close to The Sun Review – Flying High, Not High Enough

Close to The Sun Review

Time is a river. A common metaphor used to describe how time flows in a single, unending direction. But Close to the Sun, a first-person, story-driven horror game from developers Storm in a Teacup, challenges that notion. In fact, there are multiple instances throughout its brisk story where you will find the exact antithesis of that metaphor scrawled across the walls in blood. This acts as a jumping off point for many of the dense, science-fiction themes Close to the Sun attempts to encompass. These topics have been explored in games before, but that doesn’t mean there isn’t room to investigate them even further. At times, Close to the Sun feels like an amalgamation of its clear influences rather than a unique experience. However, it is still a bold and beautiful game that almost always kept me interested in what it had to say.

Close to the Sun is set in an alternate version of the late 19th century, where Nikola Tesla became the dominant scientific figure in the world rather than Thomas Edison. Tesla ushered in a new age of scientific discovery with his many electrical-based inventions and eventually designed an immense ship called the Helios where scientists from all over the world could gather to experiment free from the prying eyes of governments, rival corporations, and the public. We begin our story with Rose, a journalist who initially has no intention of traveling aboard the Helios, that is, until her sister Ada writes her a letter urging her to come. Ada has been working as one of Tesla’s top scientists, and Rose figures Ada only would have sent the letter if there was a good reason.

Once aboard the Helios, you immediately realize something has gone horribly wrong. A quarantine is in effect, and nearly all the residents of the ship are either dead or long gone. From there, things only get worse and a lot weirder. I don’t want to say much more about the story so I don’t spoil anything, but I will say the twists and reveals that do happen are effective, if somewhat predictable. Things get off to a slow start, but the pace picks up in the second and third act. The final chapter is tense and exciting but ends abruptly and without a solid resolution. The story gets the job done and subverted my expectations a few times, but it all feels a bit familiar. The tropes, characters, and overall plot points are all good but lack a certain spark of inspiration that would have made the story truly memorable. Mostly, I wanted Close to the Sun to push the envelope even more than it did. The premise is captivating, but they could have gone much deeper.

Though Close to the Sun’s primary narrative focus is on the relationship between Rose and Ada, they are among my least favorite characters. Rose herself isn’t fleshed out much beyond her journalism background and a deep love for her sister. Ada is a bit more interesting, but as a whole she is underused. I would have liked to see their bond developed further, with flashbacks or dialogue that examine their motivations and the subtleties of their relationship. All we really learn is that Rose admires Ada and wants to do everything she can to save her, but there is a noticeable lack of depth beyond that. A few of the side characters, though, are more compelling and well-written. I particularly like the character Aubrey, a technician trapped on the Helios who needs Rose’s help to escape. 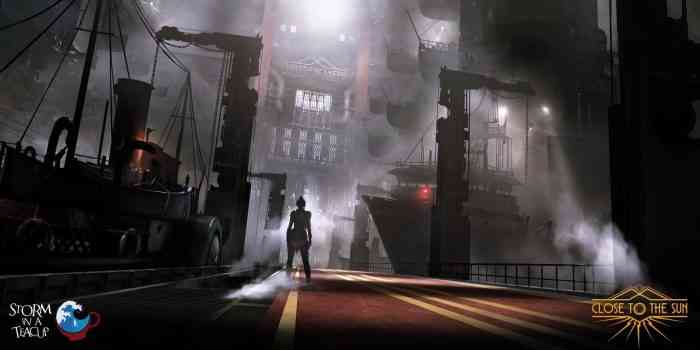 The gameplay of Close to the Sun can be described as a hybrid between first-person horror experience and a walking simulator. The developers state it’s not a walking simulator, but it certainly shares a lot of the same DNA as games like Everybody’s Gone to the Rapture or Firewatch. It is, however, quite a linear experience. You will get objectives and have to slowly make your way across the Helios while avoiding “time anomaly” monsters and a roaming lunatic with a knife named Ludwig. Speaking of the latter, he is a terrifying presence, as you never know when or where he’s going to pop up. His motivations are also drenched in mystery and suggest some intriguing ideas, but they are never expanded upon in the way I hoped. It’s possible I just missed something along the way, but he felt like another character that could have been explored more yet was brushed aside once it became convenient to the plot. There are a few chase sequences in the game that help break up light puzzle solving and meandering, and I found them to be both thrilling and stressful, if a bit repetitive after a while. The lack of a combat system is pretty common in horror games, but there are a few segments where Rose has the opportunity to fight back and chooses not to, seemingly at her own peril, which left me somewhat bewildered.

There are collectibles in Close to the Sun but only about five or six per chapter and they aren’t hard to find. These collectibles are mostly just pieces of paper, whether that’s a blueprint from one of Tesla’s inventions, a newspaper, or a handwritten letter. Some added to the lore and world-building, but overall, I was disappointed with them. There needed to be more of them with more variation to make a second playthrough of the game worthwhile.

Finally, I want to talk about the world and how everything looks. The Helios is absolutely breathtaking and haunting at the same time. It’s clear that tons of love and attention went into crafting this world and it shines through. The art-deco style of the environments is highly reminiscent of BioShock and the art style even reminded me of Bioshock Infinite. It’s extremely detailed but doesn’t try to be overly realistic and it just works so well. From the large open areas to tiny storage rooms, there is always something fascinating to look at. The sound design is also intricate, but I did experience frequent audio glitches where the sound mixing would get thrown off, causing character voices to be too quiet or effect noises to be too loud.

Close to the Sun deserves praise for the world it builds and just how gorgeously rendered that world is. There are moments of pure wonder throughout the campaign, but it doesn’t quite reach its full potential. Between an underdeveloped protagonist and a lack of meaningful collectibles, I was left wanting more. In the end, the problem is not that it flies too close to the sun, but rather it doesn’t fly close enough. 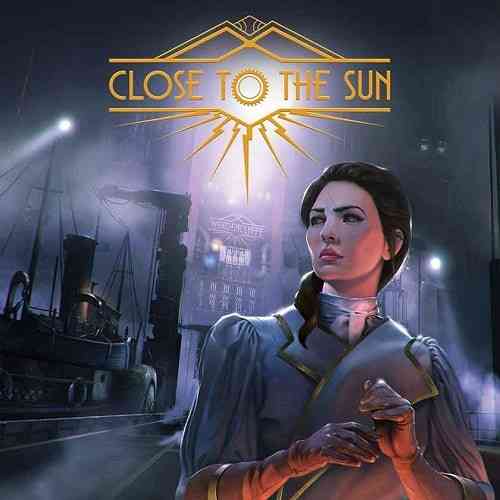 Developer: Storm in a Teacup

Demon Skin Review – Not a Souls-Like
Next Technosphere Reload Review – Putting the No in Technosphere
Previous A Plague Tale: Innocence Review – A Beautiful and Memorable Tragedy