Caveblazers Review – Buried In a Sea of Platformers

You know, on some fundamental level, I get why we go with the generic fantasy thing. Sometimes it’s so the trappings of the setting don’t get in the way of what’s important. UnExplored is a great example of this. It’s got wizards and goblins and dragons and cursed chalices in a Dungeon of Doom. The graphics have their own brand of minimalism though, and all of it is just a package to deliver unbelievable gameplay.

Sometimes the generic fantasy thing is just a hook, to ease you into the nuance that is really important to the setting. Warcraft is a great example of this one. So are many MMORPGs. Dragon Age comes to mind, which starts by asking you to choose Elf, Dwarf, or Human, and then Wizard, Warrior, or Thief. But get far enough into Dragon Age, and you’ll be parsing the history of the Second Blight and how the Grey Wardens failed to make a lasting change against the Darkspawn. There’s a lot to it.

I cannot understand why Caveblazers chooses the aesthetic it does. It would seem to lend itself towards the first example – it doesn’t want the style to distract from the substance of the gameplay. It’s a roguelike platformer, so it’s very much about the gameplay. Perfect twitch controls, understandable obstacles and gear. You need to understand how bows and arrows work pretty quickly, and rivers of lava. Maybe going way out there with style, would distract the player, in a game where quick adaptation is key.

Visual Design Could Use a Buff

But then I couldn’t help but think about Dead Cells. The best game of this genre of the last couple of years was VERY weird. The castle, the island, the corpses, the setting details hidden throughout the procedurally generated world – Dead Cells managed to have ice bows and broadswords but make them fit into a very weird style. Caveblazers has charming whimsy, but its visual design leaves a lot to be desired.

That’s okay though because a roguelike is all about the gameplay. And one aspect of gameplay at least, its something Caveblazers does very, very well. It has excellent controls. That isn’t to damn the game with faint praise – Caveblazers just feels excellent to play. Your protagonist has a good weight. You can kick off of walls to jump higher, and before too long, you’ll figure out how to do all sorts of nifty moves. Ranged weapons are controlled with the right analogue stick, and they feel weighty and responsive.

While your main hero feels great, the rest of the world feels out of control. A rhythm I really enjoy in roguelike games is precision that gradually gives way to chaos. I’ll give you a few examples. In Binding of Isaac, your screen is quickly filled with poop, blood, and even worse bodily fluids. But those first couple of levels have an easy visual shorthand. By the end of a run through, your combination of powers gets crazier and crazier, and you end up with gigantic boomerang blood tears that explode into maggots. The aforementioned Dead Cells works similarly. At first you have a bow and arrow. By the end of a run your bow leaves trails of fire and clouds of poison and enemies explode into pink works upon death. Each game starts out with high intensity, but manageable chaos. Each game ends with overstimulating chaos, but because each step of development only adds a single variable, you feel like your brain is slowly being cranked to unlock its full potential. It’s a great feeling. 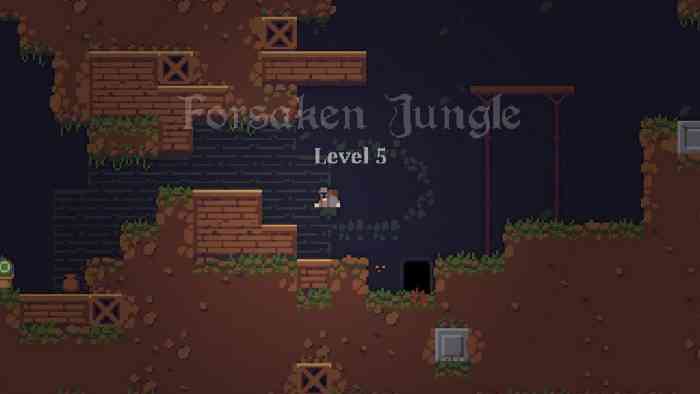 Caveblazers doesn’t have the same kind of pacing. That’s not inherently bad, and some of the combinations are pretty cool. Homing arrows are great, and ricochet arrows are also great, but homing+ricochet arrows are unbelievably great. But there’s a lot of business on the screen. Enemies pile up, and so do the damage indicators. Your ally characters get involved and before too long you’re just button mashing, as the first level spins out of control. When you’ve got a crazy good combo of items and unlocks later in the run you can’t have that galaxy brain moment, because you’re too busy having a panic attack.

It’s unfortunate that the roguelike genre has gotten so stuffed lately. Caveblazers is a sharply put together game. If I had received it as a birthday present for my Gameboy in the late 90s, I would have played it on every long car ride. It’s tightly made and has a great gameplay loop. It leads itself to some really exciting moments. But after playing through it for several hours, I loaded up the Nintendo store and bought Dead Cells for my Switch. 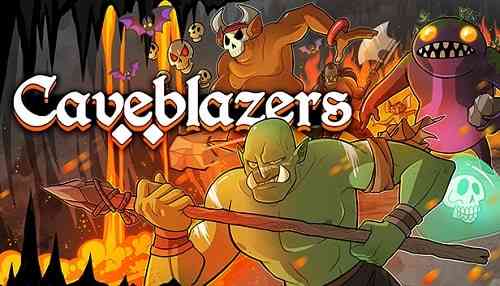