The summer movie blockbuster season is officially under way, so tell your wallet to keep calm, he’s going to be coming out a lot! The first big summer release is the latest juggernaut from Marvel, Captain America: Civil War. The hype has been building around this for months and it has become the crux of the argument between fanboys on which comic book company is the best.  Pushing everything else aside, this flick felt like an event right from the get go. With a jam packed theatre and a back to back to back blitzkrieg of intense and amazing trailers, the frenzy reached an all time high by the time the film started. So, what did the end product look like? You won’t be going home disappointed, that’s for damn sure.

Captain America: Civil War always had the problem that it was never going to live up to its comic book counterpart in scope or scale, so I didn’t really expect them to use the actual main story points from it either, but the plot goes as such. During an altercation with Crossbones, the Avengers accidentally cause a bombing that results in civilian deaths. Given their track record of fallout, the world wants to put our heroes on a leash. The Avengers can either sign the Sokovia Accords, which would make them into a government police force, or they can retire. This ultimatum immediately causes a rift between our heroes. Things go from bad to worse when the UN is bombed while they make the Accords legal, seemingly by Bucky, aka: The Winter Soldier. Captain America knows something else is afoot and refuses to let Bucky take the fall; a line in the sand is drawn. 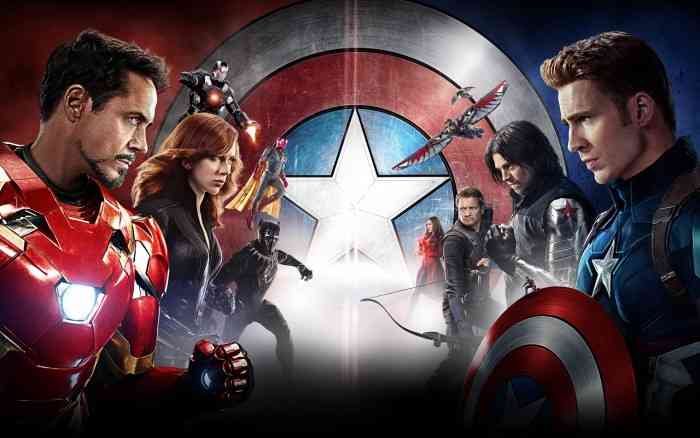 In order to pull off what was, in essence, another Avengers movie, there needed to be a lot of moving pieces. A big cast, a complex story and the need for some big set pieces proved too much weight for Age of Ultron. Now, with the removal of some pesky studio heads and conflicting writing teams, as well as having the film put in the very capable hands of the Russo Brothers, the end result seems to have paid off. All of our heroes got plenty of screen time, it never feels jumbled and the story line was clear and concise. No, there certainly wasn’t the same elements of mystery that Winter Soldier brought us, but there were plenty of twists and turns to keep you interested.

The actual split of the Avengers proved to be one of the more interesting points to me. The actual scope of the MCU was front and center as the alliances and dividing lines for this fight have been many movies in the making. At no point did I ever think that someone was on the wrong side because all of the ground work has been laid for years in advance for this fight.

Except, of course, for the inclusion of the two new additions to the cinematic MCU. T’Challa, aka Black Panther, is brought in and is played with vigour by Chadwick Boseman. Sporting style, brawn and charm, Boseman was never one for the background when he was on screen, and the Black Panther was equally as commanding when on screen. Seeing both T’Challa and Panther on screen made me long for the solo outing and almost made me resent that it got pushed back. Almost.

The inclusion of Spider-Man, aka Peter Parker, has been long heralded as the best thing to happen to both the character and the MCU since it was first announced. The Russo’s wasted zero time in letting you know what to expect from the wall-crawler in his future appearances. Tom Holland destroys the role with terrific comedic timing, awkward nervousness, deftly handling Parker’s brilliance and having oodles of clever banter when his mask is on. I was already very excited to have Parker in the MCU, but Holland is pitch perfect and has me over the moon in the anticipation for Spidey’s solo film. Which is why I’m not resentful about Panther’s moving back a few months. 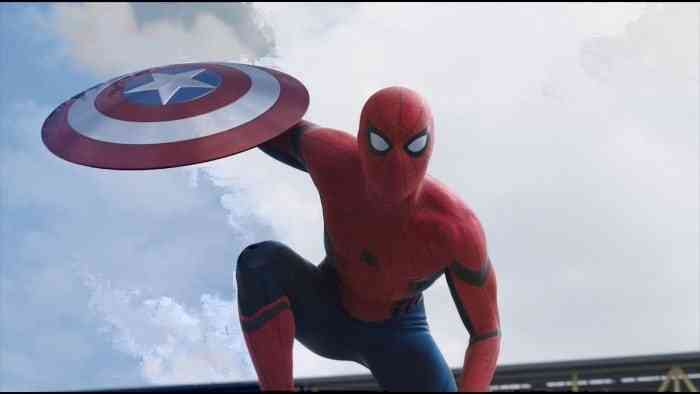 So, the massive cast is handled well with the Russo’s balancing all the characters seemingly with ease. Everyone’s motivations are clear and their own arcs within the story are clearly defined. They’ve also completely redefined the Avengers universe, AGAIN, and have done it smoothly and organically. They balanced the heavier dramatic aspects of the film by infusing humour throughout as Marvel is known to do, while really ramping it up in a few sections to offset the overall darker tone of the movie. They’ve also included some INCREDIBLE set pieces. The Marvel films always have pretty eye widening set pieces, but the ones in this film in particular seemed to be even more so. And there were several of them. The Russo’s showed an aptitude for filming hand to hand combat in Winter Soldier, and they certainly didn’t let that realization go to waste with Captain America: Civil War, as it features some pretty deft fight sequences.

I could go on and on about all the things that work for this movie and never have to bring up the things that didn’t click so well, but that would be overlooking a few things. While they did do a great job of balancing all the characters on screen, there certainly were a few rushed areas of development. Parker got a decent enough amount of time for a back story, but it was certainly full of exposition. T’Challa, on the other hand, got basically zero time for back story which seems kind of backwards to me. Not many people know the Black Panther, so you think they could have given the Prince of Wakanda the extra five minutes, not the guy that we’ve seen in two separate franchises since 2003. 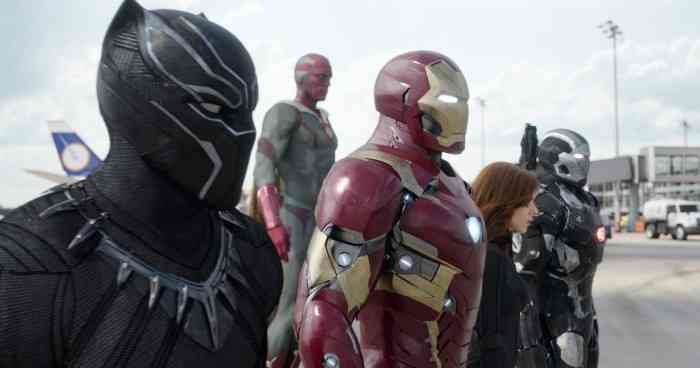 The film also suffered a bit from what can only be described as being in sections. It’s not disjointed, don’t get me wrong on that note. It’s smooth, has flow and works well, but tonally, the film is broken up into acts – you know, the thing we’re not supposed to notice. While it’s easy to look at the film as a whole, I’ve spent more time digesting the movie in pieces than I have in its entirety. This isn’t necessarily a bad thing, it just leads me to believe that the film may have better parts than it is a whole. This is brought to bear with a third act that seems to slow the movie down, not propel it forward. While I still enjoyed the final piece, it seemed to have lost the momentum of the rest of the film and didn’t have as much power as the rest of the story.

But here’s my rebuttal paragraph for what you will hear over the next two weeks. No, they didn’t ruin Iron Man. This was a natural growth of character and fit perfectly with his motivations in the film. And no, the Steve/Tony debate was not one note throughout, and if you thought that while watching, then you weren’t really paying attention to anything being said or anything else that was happening on screen. 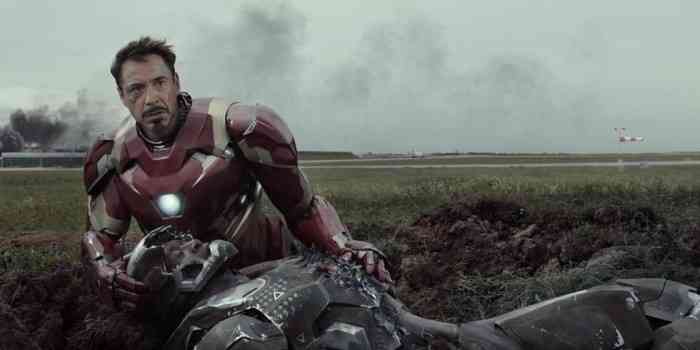 Overall, Captain America: Civil War is another smash hit for Marvel, the studio that can seem to do no wrong. Funny, action packed, with solid storytelling and a bevy of characters to love, the Russo’s have knocked another one out of the park. As I said above, they’ve reshaped the Marvel Universe once again and done so with great aplomb. Captain America: Civil War is the conclusion to the Captain America trilogy and his solo outings for the time being. What it does is secure this trilogy as one of the best modern trilogies out there. This series has helped shape the MCU as we know it, and has delivered some of the best action and stories that Marvel has put forward yet. Go see this movie and get the full Captain America treatment and let yourself revel in Marvel’s finest series to date. You won’t be disappointed and it will tide you over the next couple of years until the Russo’s and the Avengers return and the Infinity War begins. 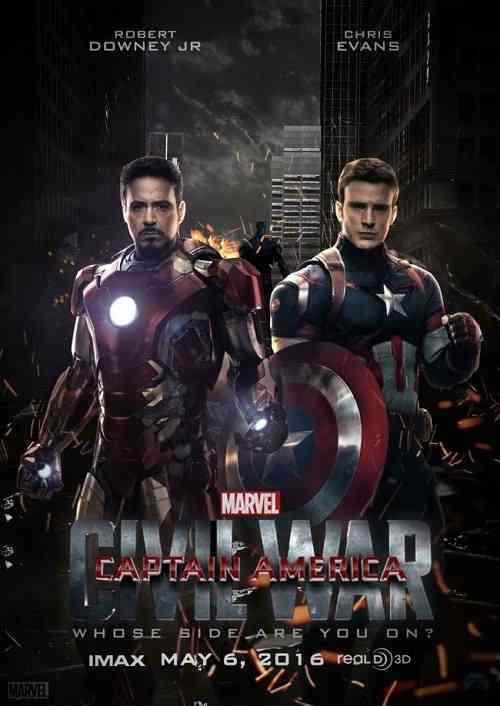