When compared to the Xbox One and Xbox 360 versions, Call of Duty: Ghosts on the Wii U is nearly identical. Sure there are a few minor Wii U exclusive features but if you already own the game on any other console there is no need for you to grab a Wii U copy of Ghosts. I know, this not exactly earth shattering news but something I should point out to those who may have already given the game a spin on perhaps one of their other home consoles and are considering the Wii U version. If you do own a Wii U, haven’t played Ghosts yet or perhaps thinking about picking up Ghosts as a Christmas present for someone, this Call of Duty game is a solid purchase. Sure it’s not the best Call of Duty game in recent memory but it has a lot of good things going for it and as far as shooters on the Wii U are concerned, you could do a lot worse.

Instead of re-hashing some of Ghosts features I have already covered with my previous Call of Duty Ghosts reviews for the Xbox 360 and Xbox One, this review will focus on what the Wii U Ghosts experience brings to the table. If you want a more in-depth Ghosts review where I examine the game in detail inside and out, I would suggest you check out our original Xbox 360 review HERE. Otherwise, I will briefly go over my Wii U experiences with the game. 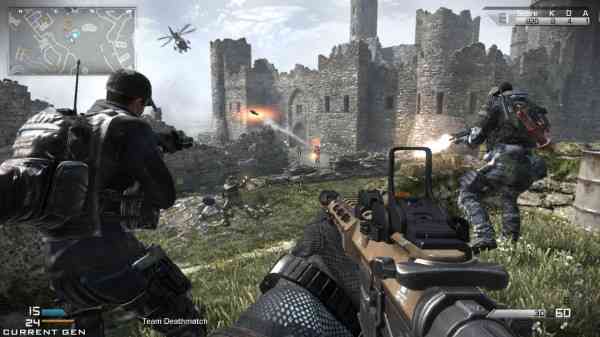 For starters, Ghosts looks surprisingly good on the Wii U. It almost looks a little sharper on the Wii U than it does on the Xbox 360. The menus and cut scenes in particular look absolutely stunning. Not quite Xbox One quality but pretty darn good nonetheless. I was also caught off guard with how fantastic the game looks on the GamePad’s screen. While playing online and during the single player I often found myself looking down at the screen more than I was looking at the TV. The game on the TV seemed a little brighter compared to playing on the GamePad; however, at the end of the day you don’t miss out on the experience if for whatever reason you decide to play on the GamePad.

When it comes to the main difference between the Wii U version of the game and the Xbox 360 and Xbox One versions, the GamePad remains the game changer. Having that ability to play local multiplayer with a friend while one of you plays using a Wii U Pro Controller and the other plays on the GamePad using its screen is very cool. It is unfortunate you cannot play the single player campaign co-operatively but the local multiplayer is a slick little feature that is back again this year. While playing the single player you can choose to play on the GamePad or merely have the objectives displayed on the GamePad as you plod through the campaign. Likewise you can play some multiplayer off the GamePad or have the games map displayed on screen. Such things as helicopters and locations of the enemy can appear on the map displayed on the screen. I can see this becoming a tactical advantage over the long haul but with the frantic pace of the multiplayer game I never found myself looking at the map on the GamePad screen all that often.

You can still play Ghosts with Wii Remote and Nunchuck or with the Wii’s Classic Controller, but many will likely choose to play with the GamePad or Wii U Pro Controller. There is however a bit of a learning curve when it comes to the games controls. If you are one of the those Call of Duty veterans who have become accustomed to the Xbox 360 or PS3 button layout, you will want to hop into the control options menu and select the classic control options. Why do you want to do this? Because the Wii U default button layout feels awkward. Having to hit the “B” button to reload for instance just seems off. Also playing the game on the GamePad itself takes some getting used to. While I stuck it out with the GamePad for the majority of my gameplay, a big part of me wanted to go back to what I was comfortable with and that is using an Xbox 360-like controller, and in this case the Wii U Pro Controller. 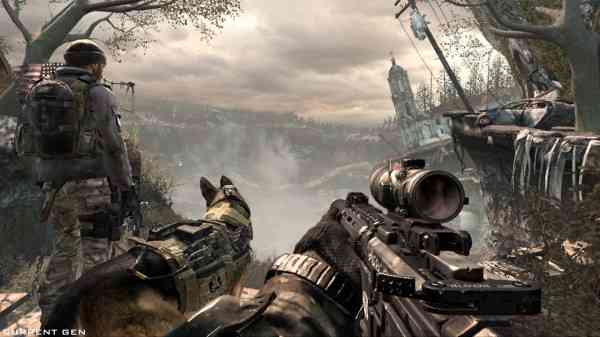 Another noticeable difference when it comes to the Wii U Ghosts experience is the online play. Granted you get everything you do with the Xbox 360 game including 14-maps, new Perk system, new weapons, etc; but the overall online experience for me was laggy and just not as smooth as it is on the Xbox. Not to mention a couple of games stopped due to connection issues. I also found some difficulty getting into some of the new game modes such as Blitz and Grind likely due to the number of players online. This being said, I had no issues jumping into a Team Deathmatch, Kill Confirmed or Domination game. When the game was running smoothly, it was lots of fun. Yet the frame rate issues, laggy experience and connection issues really held the experience back for me.

So here is the deal. If you own a Wii U and only a Wii U, Call of Duty Ghosts is safe purchase. You will get a fairly entertaining single player storyline, deep multiplayer experience, enjoyable Extinction mode and it is fun to cut your teeth in the Squad mode. You are not getting the definitive Ghosts game on the market as the Xbox One version of Ghosts may be your best bet. This being said, Ghosts on the Wii U satisfied my Call of Duty appetite and if I had only played the game on the Wii U, I would not have been disappointed at all.

Next Pool Nation (PC) Review – Chalk Up Your Cue, This is a Decent Game of Stick
Previous Resogun (PS4) Review – Shooter Fans Rejoice, the PS4 has Something for You